Katy Perry is making progress, but a new interview with Australian morning show "I Wake Up With Today" proves she still hasn't completely figured out what constitutes feminism.

Like many other celebrities, Perry has never really been clear on the definition or comfortable calling herself the F-word. Back in 2012, she told Billboard magazine, "I am not a feminist, but I do believe in the strength of women." Flash forward two years later to March 16, 2014 when host Karl Stefanovic asked Perry if she considers herself a feminist, with the pop star giving a slightly different response.

"A feminist? Uh, yeah, actually," she said. "I used to not really understand what that word meant, and now that I do, it just means that I love myself as a female and I also love men."

Uh, Katy? It's great that you feel that way, but that's not what the word feminism means. We know you're trying so we're going to help you out. HuffPost's Social Community Editor Rebecca Searles created this handy guide back in 2013 that not only explains the concept of feminism, but will help you figure out if you're a feminist in two easy steps: 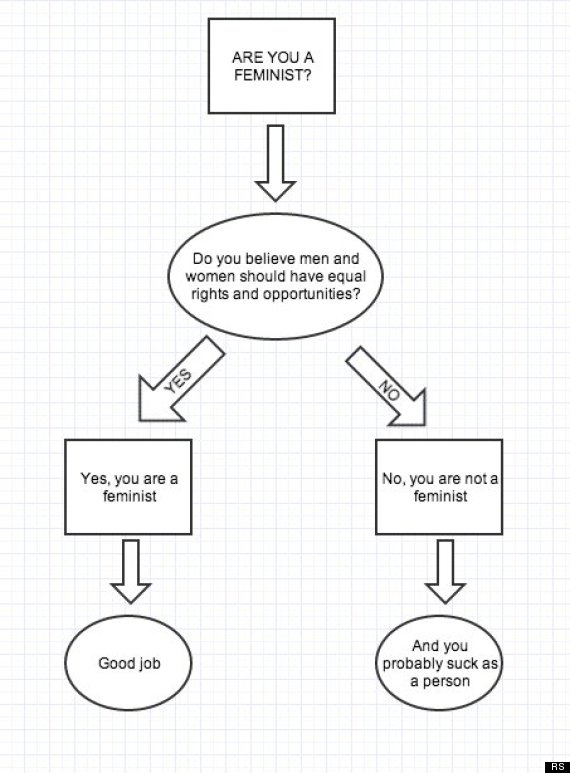