Experiencing a bathing suit malfunction is a pretty common occurrence at any beach or pool, and Katy Perry definitely had a (slightly NSFW) one recently while hitting the waves at a water park.

Perry and some pals -- no, John Mayer wasn't there -- visited the Raging Waters water park in San Dimas, Calif., and the "Teenage Dream" singer looked like she was having a blast in the water. The one problem? Her stylish two-piece wasn't exactly wave-friendly. According to the Daily Mail, Perry had a bit of a Coppertone baby moment after she took a tumble on a boogie board.

Hey, it happens to all of us -- except there usually aren't paparazzi waiting around to capture it on film.

Check out a few photos from Perry's day at the water park below. For more Katy Perry photos, head over to BauerGriffinOnline.com. 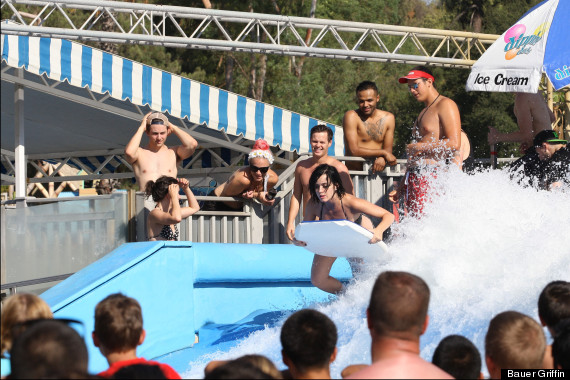 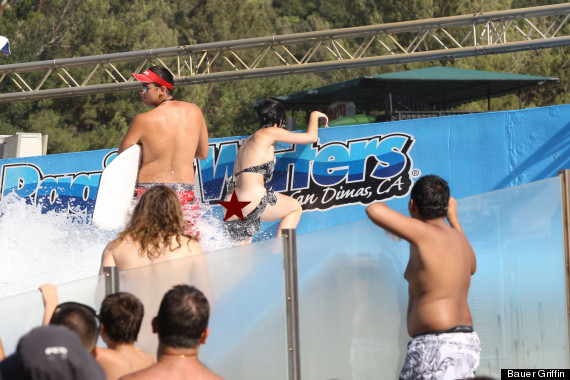