Katy Perry is known for her dark, luscious locks but lately Miss Perry seems be getting bored. First she went red, then she went blonde and now it looks like she broke out the Manic Panic and is sporting a new pink do.

The singer, who recently lent her voice to the new "Smurfs" movie as the one and only Smurfette, was spotted with her husband Russel Brand at a gas station in Los Angeles on Monday, reports CELEBUZZ.

Perry has sported some candy-colored tresses before, but the lavender and electric blue hair she donned in her video for "California Gurls" were just wigs. But at this rate it's worth wondering what shade of hair she'll show up with next week.

Check out the other celebs who have gone pink: 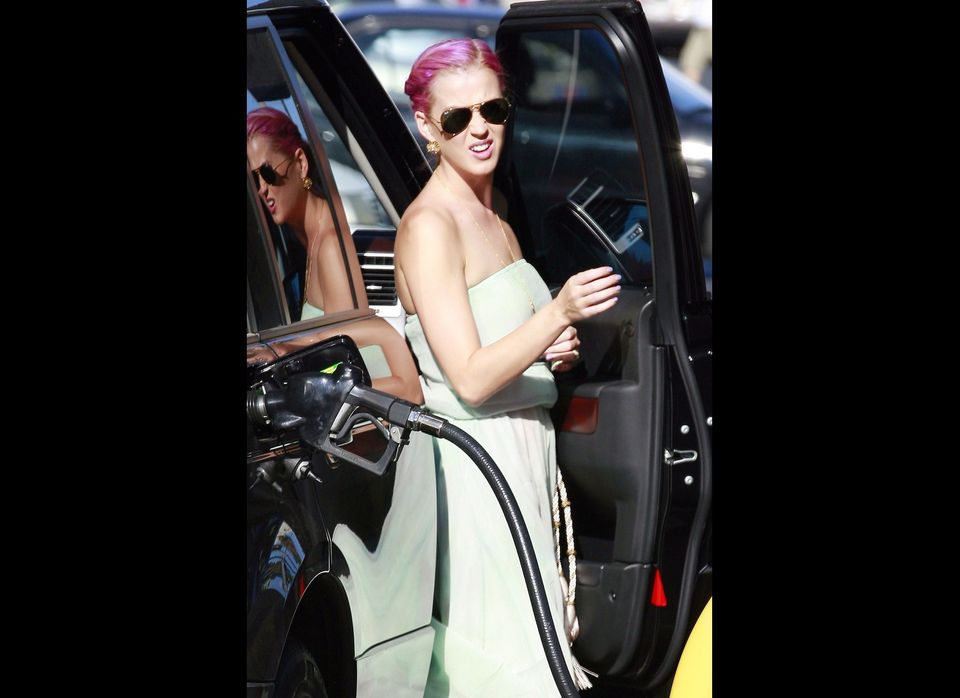 1 / 12
Katy Perry
Singer Katy Perry was spotted at a gas station sporting a new pink do.