In case you still weren’t sure, Katy Perry is most definitely with her.

The pop star showed her support for Democratic presidential nominee Hillary Clinton once again on Saturday when she performed at the “Get Out The Vote” rally in Philadelphia. Naturally, she was dressed in a patriotic outfit made up of a stars-and-stripes dress and a dramatic blue cape with the words “I’m with Madame President” on it.

HILL-ADELPHIA FTW! In less than 3 days be apart of HISTORY and make #HERstory 🇺🇸 #november8th #VOTE 📝 📸 @taylorehill my 👗 by @prabalgurung

After Clinton urged the crowd to get out to the polls on Tuesday, she introduced the 32-year-old singer. Perry walked onstage as Janet Jackson’s 1986 hit “Nasty” played over the sound system ― a nod to when Donald Trump called Clinton a “nasty woman” during the final presidential debate.

Perry performed her hits like “Roar” and “Firework,” and also encouraged the crowd to exercise their right to vote.

“A couple of weeks ago I knocked on college dorm rooms in Las Vegas. ... The smells coming out of there were interesting. But I think we got the vote,” she told the crowd, before asking them to “join me in lifting [Clinton] up now, and into her presidency.”

Perry has shown plenty of support for Clinton throughout this entire election season.

Last October, Perry appeared at a rally for the former secretary of state in Iowa, and this past July, she performed at the Democratic National Convention. In September, the “I Kissed a Girl” singer appeared in a Funny or Die video in which she jokingly tried to vote while nude, and this Halloween, she dressed up as Clinton, complete with prosthetic makeup and a red pantsuit.

Finally, Perry’s “Roar” is the soundtrack to Clinton’s closing campaign ad, which will be shown in the 11 battleground states of Arizona, Colorado, Florida, Iowa, Michigan, Nevada, New Hampshire, North Carolina, Ohio, Pennsylvania and Wisconsin, according to Politico. 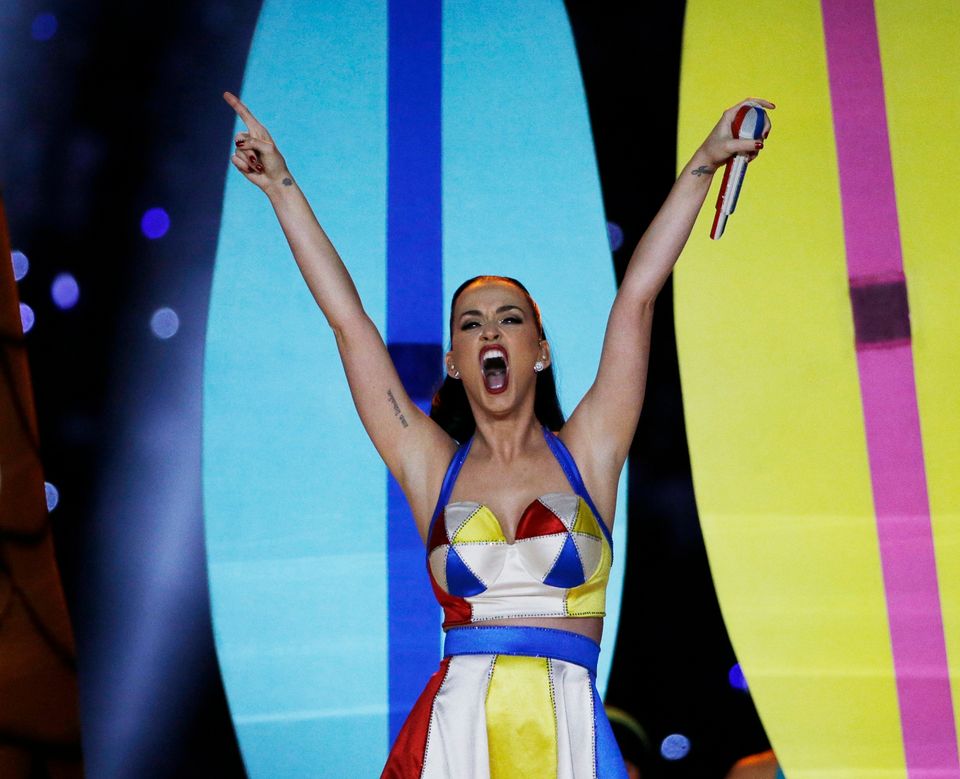