Katy Perry is not carrying Russell Brand's child after all, but that's not to say they're not trying.

People first speculated that Perry was knocked up when she dropped seeming pregnancy hints over Twitter soon after the new year. She did little to quash the growing rumors, wearing a belly-baring shirt that read 'Be Afraid' to the gym on Tuesday.

Now she has taken to Twitter to announce the arrival of her period, complete with anime illustration below.

"Art... speaking my language," she tweeted. 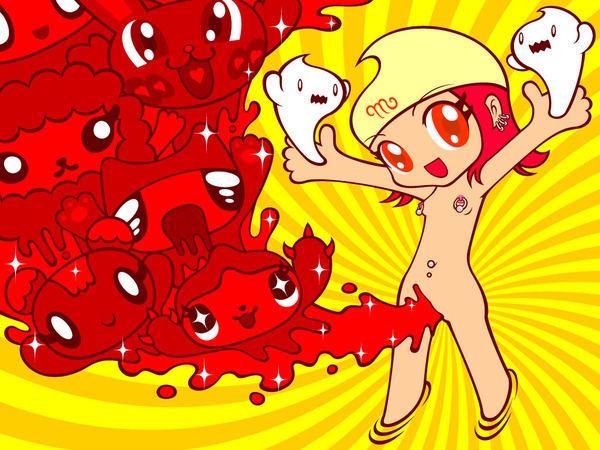