Katy Perry gets very candid in the January issue of Marie Claire, discussing everything from her romance with John Mayer to her divorce with Russell Brand and her relationship with her parents.

The 29-year-old admits that although her split with Brand was painful, she's been slowly regaining her confidence now that she's dating her "fantastic partner," Mayer.

"There were two weeks of my life after I found out the truth of my marriage where I was like, 'OK. All right. I can't feel this. This is too intense right now.' I was, like, just eating Flamin' Hot Cheetos and drinking, and that's it," Perry tells Marie Claire, adding that Transcendental Meditation was "the best thing I got out of my previous relationship, because it was introduced to me via my ex-husband."

Perry began dating Mayer in Aug. 2012, eight months after Brand filed for divorce. The pair have been on-and-off, but Perry says their bond is stronger than ever these days. (She calls their relationship "rad" and "mature").

"I took a break from my boyfriend, not one that I wanted. It was like a splash of cold water to search inward on what was going on with me. That is what let me to this new awakening, this realizing, If I don't do some self-love, I'm not going to be able to keep the love that I want," she explains of breaking it off with Mayer earlier this year. "I still needed to deal with all of my ex-husband stuff. I hadn't. It's almost like if I kept talking about it, it would seem like I actually cared about it. I don't."

The "Roar" singer also reveals that one of the major reasons she and Brand called it quits was because she wasn't ready to start a family.

"I'm definitely not there yet, and I can't plan that far in advance. When I decide to have a family, I'll just want to be Mom for a little bit," she explains of having kids. "[Brand] really wanted me to have children, and I knew I wasn't ready -- I think it was a way of control. I think it was part of, If I have a kid, then I would have to sacrifice -- I'd have to be home more. I really wanted to, but I knew I wasn't ready for it. It wasn't like, 'Hey, let's have a kid because we're in love."

As for her own family, Perry admits she and her parents -- who are evangelical preachers -- don't always see eye-to-eye.

"People don't understand that I have a great relationship with my parents -- like, how that can exist. There isn't any judgment. They don't necessarily agree with everything I do, but I don't necessarily agree with everything they do. They're at peace with -- they pray for me is what they do," she tells Marie Claire. "They're fascinated with the idea that they created someone who has this much attention on her."

"My parents are Republicans, and I'm not. They didn't vote for Obama, but when I was asked to sing at the inauguration, they were like, 'We can come.' And I was like, 'No, you can't,'" Perry adds. "They understood, but I was like, 'How dare you?' in a way."

For more with Katy Perry, pick up the January issue of Marie Claire, on newsstands Dec. 17. 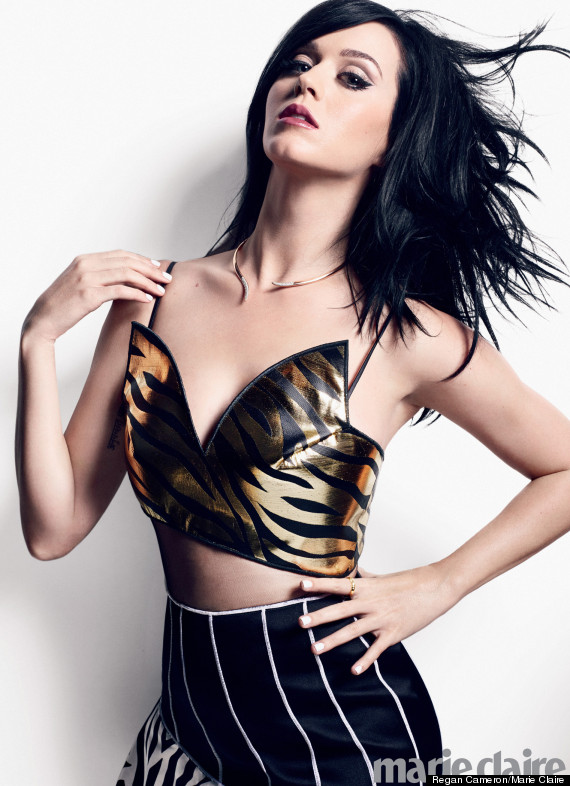 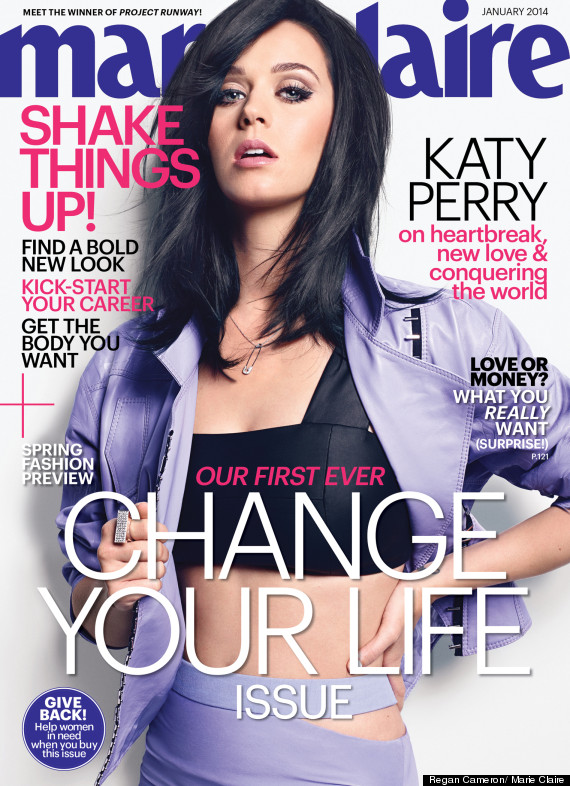