Katy Perry and Orlando Bloom got engaged on Valentine’s Day after three years of being together. The “Chained to the Rhythm” singer stopped by “Jimmy Kimmel Live” on Monday night to share all the fun details.

Perry said the proposal took place in a helicopter after the two went to dinner, which Kimmel said was “very Bachelor”-like of the actor to do.

But things almost took a turn for the worse when Bloom started to propose in the air. He handed Perry a note to read while he tried to get the engagement ring box out of his pocket, where it was stuck.

“So I’m reading [the note], but I’m hearing like the Champagne is broken, the bottle’s everywhere and I’m still looking at the note because he’s pulling at this box that’s too big for his coat pocket and rips his coat pocket, and his elbow goes into the Champagne,” she said.

Luckily, the rest of the proposal went off without a hitch, as the helicopter landed on a rooftop in downtown LA where Perry’s family and friends were waiting.

“He did so well,” the singer said.

Perry said the two met some years ago at the Golden Globes, where they bonded over an In-N-Out burger.

“He stole one off of my table ― I was sitting with Denzel Washington, and he took it, and I was like, ‘Wait ― who? Oh, you’re so hot. Fine, take it,’” Perry told Kimmel.

Perry said she later inquired how the burger was at a Golden Globes party that night, asking, “How are those onions resting on your molars?”

The singer and “Pirates of the Caribbean” actor have been on and off since 2016, but now it’s on for life.

Perry was married once before to British actor and comedian Russell Brand, though the two called it off in 2012. Bloom split from his first wife, supermodel Miranda Kerr, in 2013; the two have a son. 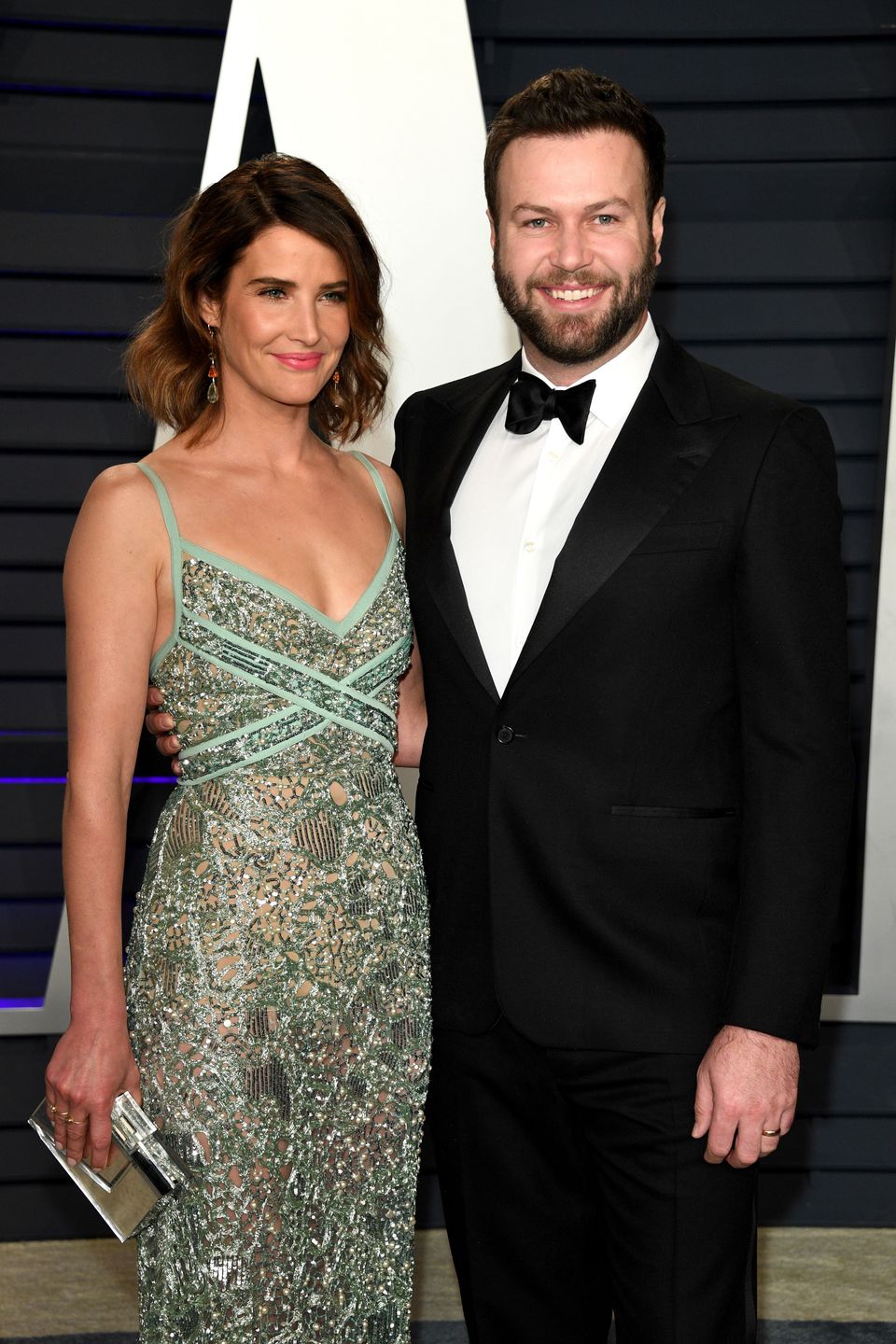 1 / 16
Cobie Smulders and Taran Killam
Wait, how did "How I Met Your Mother" star <a href="https://www.huffpost.com/entry/cobie-smulders-how-i-met-your-mother-avengers_n_5bd36074e4b0d38b58833386">Cobie Smulders</a> meet (and marry) "Saturday Night Live" alum <a href="https://www.huffpost.com/news/topic/taran-killam" target="_blank">Taran Killam</a> without us realizing it? <br>&lt;br&gt;&lt;br&gt;<br>Apparently, their love story began with jazz and a good game of pool over 14 years ago.&nbsp;<br>&lt;br&gt;&lt;br&gt;<br>&ldquo;Early in our relationship, we went to Fat Cat in New York &hellip; and we played pool and then listened to jazz and fell in love,&rdquo; <a href="https://www.usmagazine.com/celebrity-news/news/taran-killam-how-i-fell-in-love-with-wife-cobie-smulders/" target="_blank">Killam told&nbsp;Us Weekly</a>&nbsp;in February. <br>&lt;br&gt;&lt;br&gt;<br>The pair, who've have been married for six years, are parents to two daughters.
Daniele Venturelli via Getty Images