When it was announced that Katy Perry signed on to endorse Popchips, it seemed the brand probably wanted to go in a different direction than their Ashton Kutcher ads. A major backlash arose after their ad featured him in "brownface" parodying a Bollywood producer, with many claiming it was racist and offensive. Popchips ultimately pulled the ad.

The Katy Perry ads are a lot less likely to offend, though still maintain some edginess with overt references to her breasts. "Nothing fake about 'em" reads one ad, with a photo of two bags of Popchips covering her chest. AdWeek writes that in the ads, Perry "generally hams it up in the most bubblegummy way possible."

Check out the new ads: 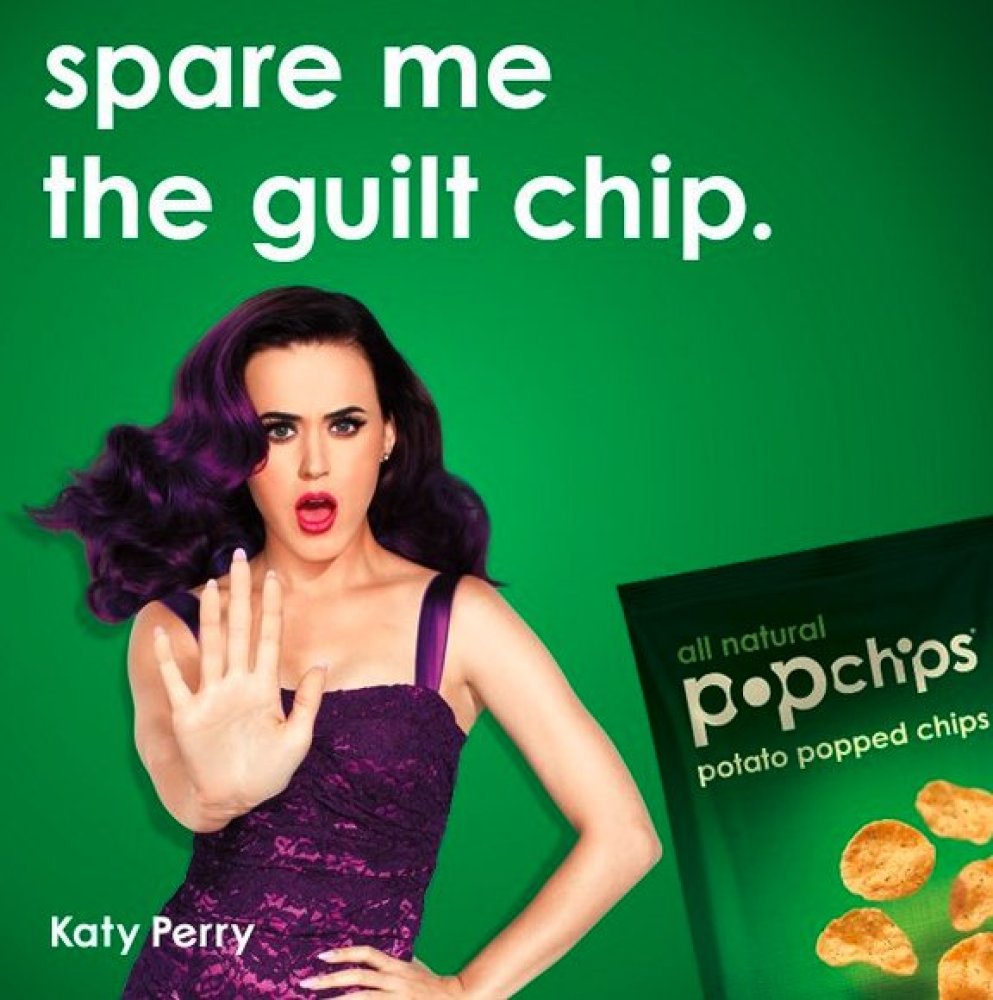