Katy Perry covers the March issue of Elle and in the interview she talks about her marriage, career and her fuller-figured past (she once wanted a breast reduction).

On her body:
"I was shaped like a square at one time. I was! I'm generally around 130 pounds, which is totally fine for me. But when I was a kid, I was the same height and weighed more like 145. And I had enormous boobs that I didn't know what to do with, so I wore minimizers, which were not cute. Those thick-ass straps! I got made fun of for the over-the-shoulder boulder holder...and all I wanted was to look like Kate Moss. Little did I know...that these things would come in handy someday."

On her relationship with her husband, Russell Brand:
"Everything clicked really fast. We kind of instantly got past all the surfacey stuff. And ever since then, there hasn't been a dull moment."

On how their relationship works:
"We both needed balance, and we give that to each other. It wasn't about me taming him, which is what everyone always says - it was about timing."

On her career:
"I feel like I'm at a point in my life right now where I could potentially stick around. I don't feel like a diva, but I think diva is a great and powerful word in the sense of what Beyonce makes it. And maybe I can't be Beyonce, but maybe I can be Cyndi Lauper. I mean be like her, not be her. That would just be weird." 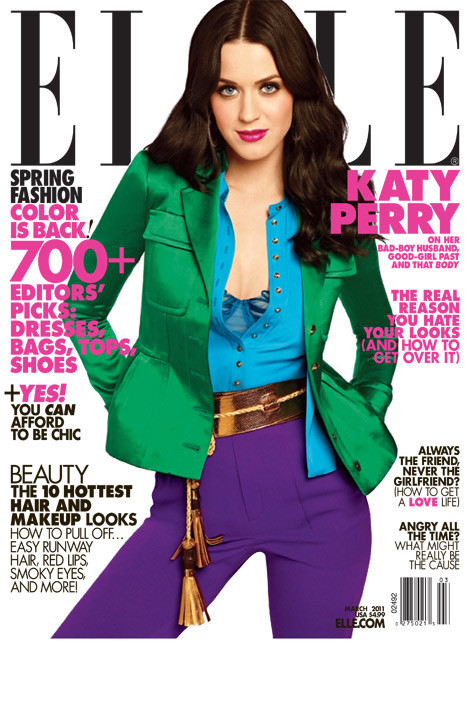 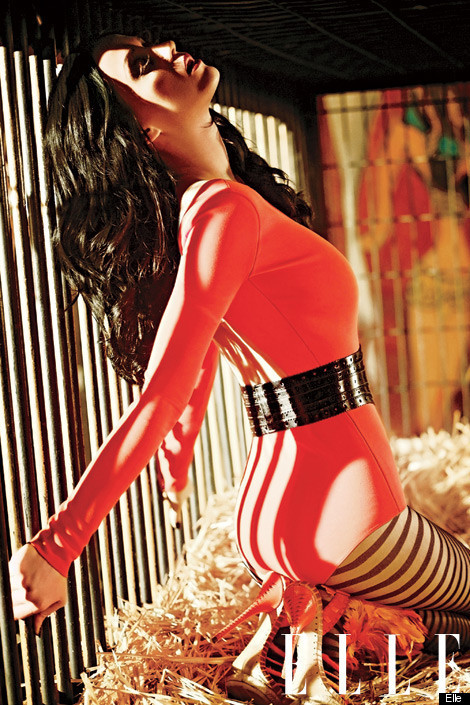