A storm of controversy brewed over Katy Perry's sunflower dress in Taiwan this week.

The pop star wore a sparkling green dress adorned with sunflowers and a cape fashioned out of the Taiwan flag during her Prismatic World Tour performance at the Taipei Arena on Tuesday.

Some took the ensemble as a poignant pro-Tawian message, according to Quartz. The flowers were the emblem of the Sunflower Student Movement, a protest by young people over a trade agreement with China. The students protested against the trade deal and demanded transparency from their own government. Although the two nations have been governed separately for over 60 years, many do not view Taiwan, or the Republic of China, as a sovereign state from China, the People's Republic of China. The U.S. has a "One China" view and considers Taiwan part of China.

Quartz noted that photos of Perry wearing the garb were deleted from Chinese social media sites like Baidu.

The sunflower-theme is nothing new to the singer's Prismatic tour, however, which kicked off last May. It's unclear if her outfit Tuesday was meant to convey any political message at all. She performed in China just a week before heading to Taipei.

A rep for Perry was not immediately available for comment. 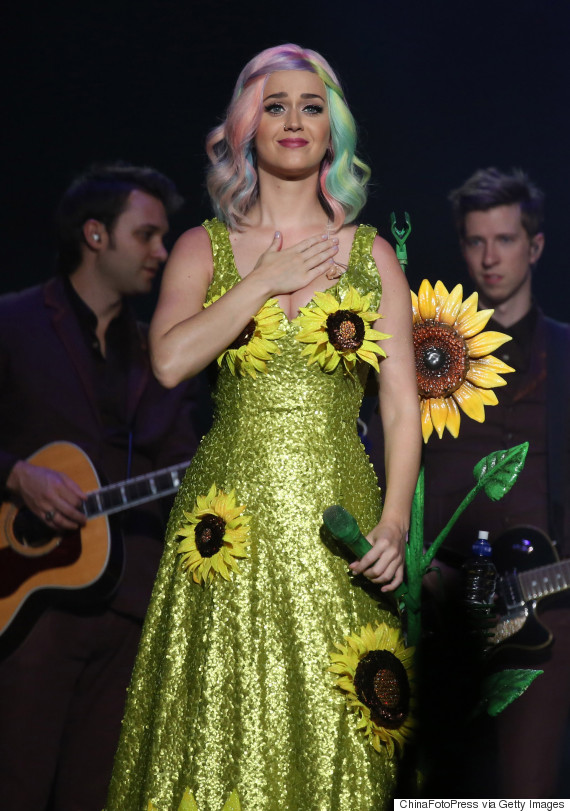 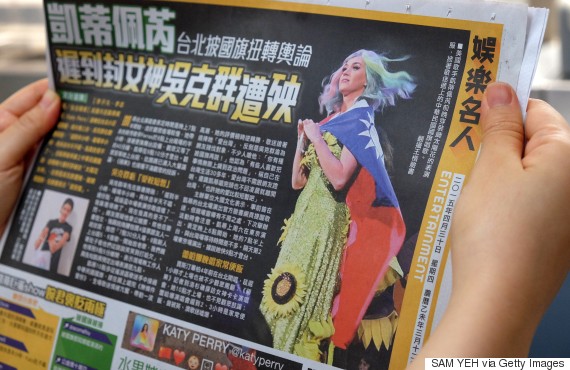