Millions of people tune in to the Super Bowl for football and commercials, but everyone knows the real fun starts during the halftime show. This notion rings especially true this year, thanks to a guest appearance from Missy Elliot and the fact that Jeremy Scott created Katy Perry's look for the show. 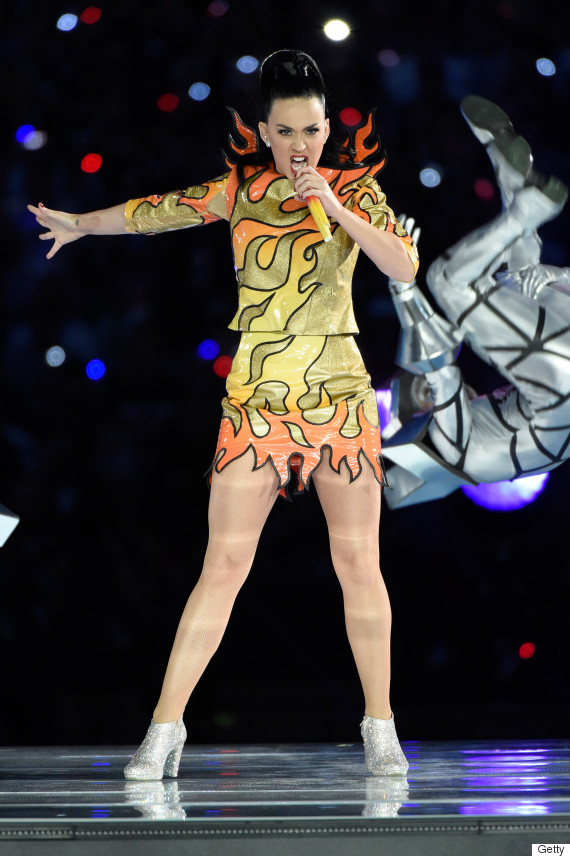 We knew Perry would show up in something unpredictable and amazing, but we never would have guessed just how many outfit changes there would be during the 12-minute performance. The 30-year-old was on fire from the beginning... literally.

She started out in a flame embossed top and skirt combo that reminded us of the infamous Ed Hardy shirts of yesteryear, and went on to an even more festive beach ball-inspired outfit to sing "Teenage Dream" and "California Gurls." 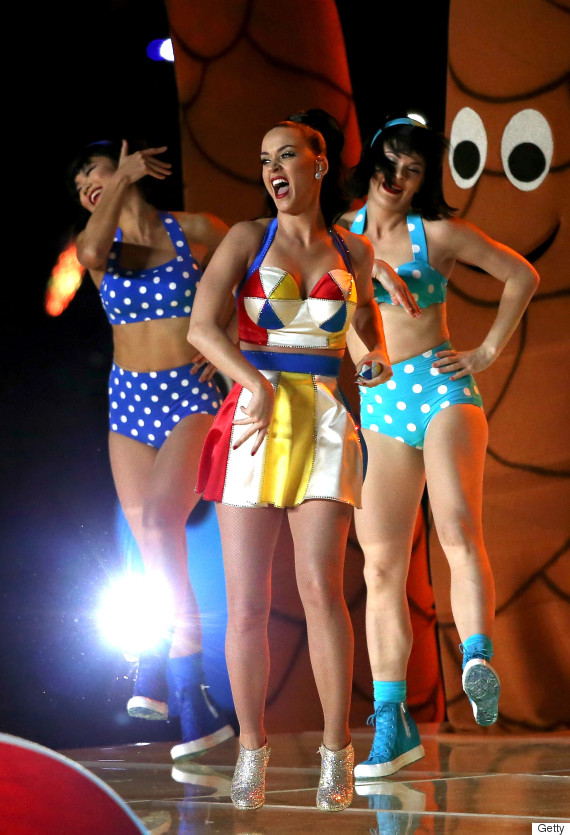 Our favorite looks, however, came during the second half of the performance. A jersey dress during Missy Elliott's cameo lead to an oh-so-appropriate silver, sparkly number that made her look like an actual firework as she floated above the stadium for the finale. 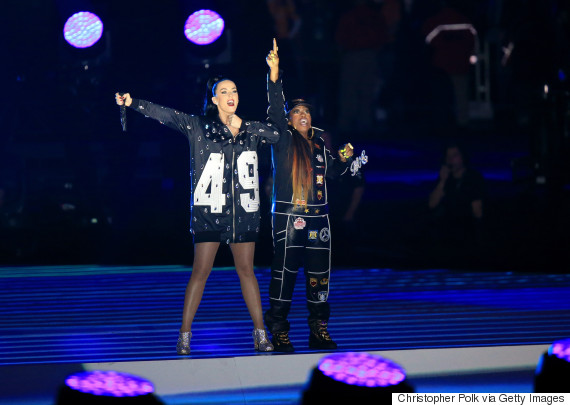 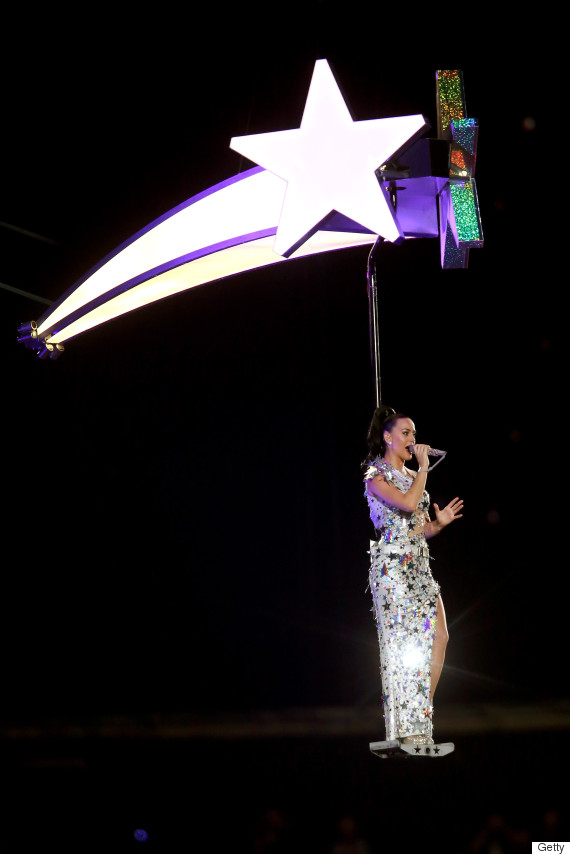 Overall, we were impressed (if not a bit overwhelmed) by Katy's looks. What do you think? Sound off below!