Katy Perry is preparing for her 'California Dreams' tour, which starts February 20 in Portugal and has 95 show dates through November. In a new interview with Rolling Stone she talks about how she's getting in top shape.

"After this interview I'm going to have a nice healthy breakfast," she told the magazine. "I'm on a meal plan, which absolutely sucks - but on Sundays I get to have a cheat day where I go buck wild and eat In-N-Out Burger. Then I'll work out, go to a vocal lesson, run through the entire set at rehearsals, go to dance rehearsal until 10:00 p.m. and then go home and sort through e-mails concerning the production. I feel like I'm training for the Olympics!"

Katy looked pretty good before starting her new diet - as seen below on her Rolling Stone cover shot last summer.

She also told the magazine about her new show, which "smell like you're in cotton candy heaven" and require 15 outfit changes.

"I have this whole thing in my show that is about candy and cupcakes and meat," she told the magazine. "It's both really sweet and shocking, but not in a sexual way."

Read more about Katy's plans for enjoying the tour with husband Russell Brand, her Grammy performance plan and her guest spot on 'How I Met Your Mother' at Rolling Stone.

See photos of Katy in a rubber bikini here. 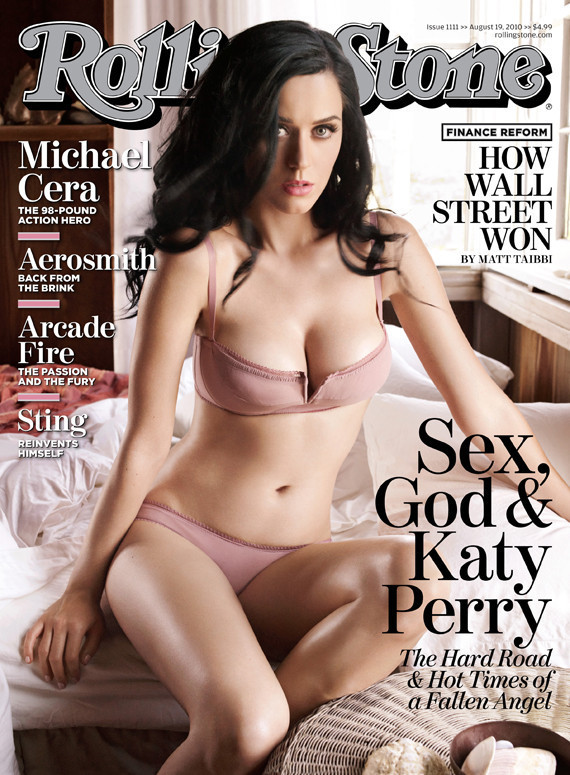