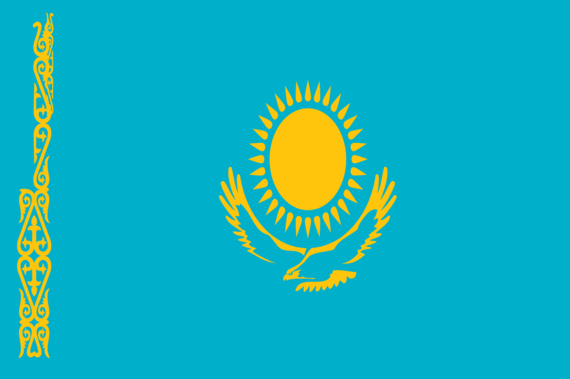 Kazakhstan has given up trying to use the U.S. court system to identify those who obtained and published a number of Kazakh officials' embarrassing emails.

The outcome in Kazakhstan's nasty campaign was a victory for journalists and dissidents who have made a conscious decision to live overseas to avoid imprisonment in their despotic homelands.

But their freedom-of-expression triumph came at a high price. Kazakhstan waged the U.S.-court campaign to try to learn the identities of journalists from the opposition website Respublika, and the journalists' sources. The cost of fighting the legal cases and the prospect of so many people being outed -- and punished -- prompted Respublika to stop publishing.

Kazakhstan went to court in the United States because the servers that Respublika used to disseminate its reports were located in the States. One reason it chose Stateside servers was Kazakhstan would have shut down the servers it used back home. Another reason was that Kazakh intelligence and police officials could have combed through the servers in the homeland to trace the identities of Respublika journalists and sources.

Despite Respublika's shutdown, this case is important because it sends a message that despotic regimes will have a difficult time silencing opposition journalists and dissidents living in, or publishing from, democracies abroad.

This is good news for those in the former Soviet Union, including my homeland Armenia, who want reliable information instead of lies and propaganda.

Kazakh officials were apoplectic when Respublika began reporting in 2014 about juicy government emails the website had obtained.

The assumption was that someone hacked the material, although proof still has yet to surface. It also could have been the work of an insider who copied the emails.

Aware that the servers Respublika used to disseminate the email stories were in the United States, the Kazakh government hired high-priced American lawyers to try to force the server company and Facebook to hand over information that could identify the Respublika journalists and sources.

Federal courts in New York, where the Respublika server was located, and in California, where the suit against Facebook was filed, denied Kazakhstan the information it wanted to trace the identities.

The lawyers used a law designed to protect Americans from hacking -- the Computer Fraud and Abuse Act -- to try to obtain the identities.

Their effort amounted to "a two-year campaign of harassment, censorship and retaliation" against Respublika, according to the Electronic Frontier Foundation, a non-profit organization whose goal is protecting individuals' computer freedoms.

That information would have led to Kazakhstan imprisoning anyone in the homeland connected with Respublika's reporting on the emails and trying to retaliate against Kazakhs abroad who were involved.

Those familiar with America's First Amendment weren't surprised when the U.S. courts rejected Kazakhstan's efforts to identify the Respublika journalists.

The First Amendment protects the public's ability to speak out and write about what's on their minds-- one of America's most cherished freedoms.

Freedom of expression is so sacrosanct in the United States that courts have long declared that journalists have a right to publish any information they obtain, even if the source who provided the information got it illegally.

Forcing a server company or Facebook to give Kazakhstan information that would have helped the Kazakh government identify opposition journalists would have had a chilling on the journalists' work, and thus fly in the face of the First Amendment, New York and California courts ruled.

If Kazakhstan had been able to learn the journalists' identities, it also could have learned who gave the journalists the emails. It would have gone after all of them, of course, but it would have reserved its most vicious retaliation for the source.

The source's fear of being discovered may be one reason why Respulika decided to stop publishing in September of 2016 after being a thorn in the Kazakh government's side for 16 years.

An irony in the American court decisions was that while the First Amendment protects journalists who publish information that sources obtain illegally, it does not protect the sources from being prosecuted. If Kazakhstan had been able to identify the source of the emails, and the source happened to be living in the States, the source could have faced criminal charges there.

In the end, Kazakhstan's legal campaign was a double-edged sword. Because the campaign failed to identify the Respublika journalists and the source of the government emails, all were spared Kazakh prison terms.

But the legal campaign brought Respublika to a breaking point that years of government harassment and intimidation at home had failed to achieve: the decision to stop publishing.

When Kazakhstan shuttered Respublika's print edition and sent its publisher packing to Poland in 2012, the organization remained the country's lone opposition voice by publishing online.

Now it's gone -- and the big losers will be the Kazakh people, who from now will get only side of the story. The government side.