It took three cans of hairspray, one large bottle of gel -- and, of course, 15 years to grow it out -- but Kazuhiro Watanabe has made history.

The Japanese designer has shattered the Guinness World Record by more than a foot with his 3-foot, 8.6-inch mohawk.

You can ask why he did it, but the answer is just too obvious: "I really wanted to be in the Guinness World Record book," he told The Huffington Post through a translator.

Watanabe and a hairdresser were in New York's Washington Square Park today to launch the Guinness World Records 2013 edition.

"I considered trying to set the record for drinking most tabasco sauce," said the 5-foot-7 Watanabe, who usually wears clips to keep his hair down.

Without gel, his hair reaches to his knees.

"My children haven't seen me with my mohawk up. Only pictures of it," he says. However, his 10-year-old girl promises to one day beat his record.

The previous record-holder, Stefan Srocka of Germany, had a mohawk that was 31.5 inches high. 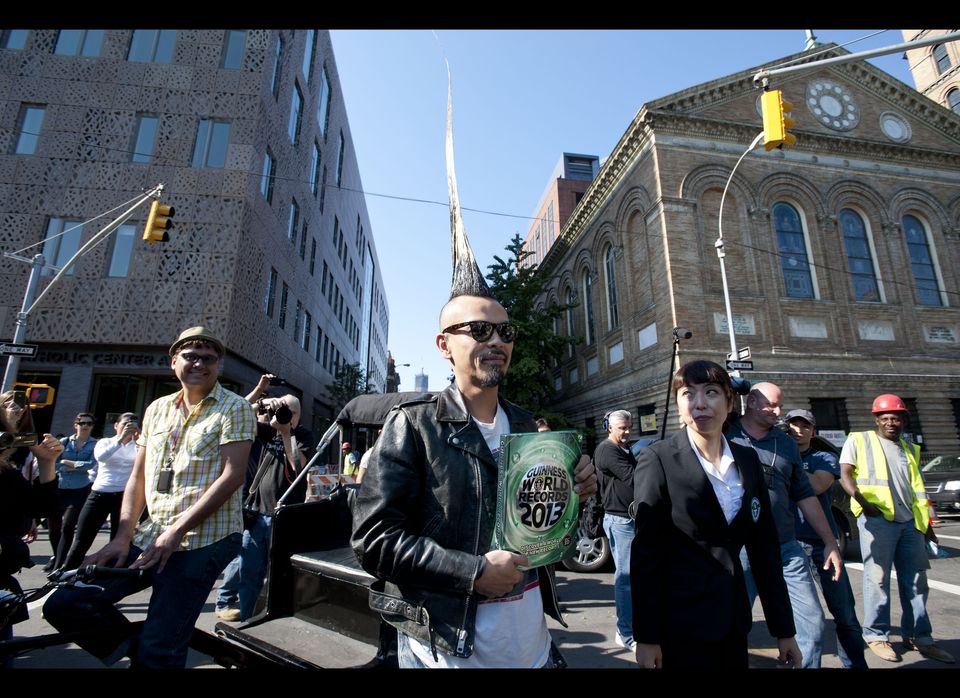