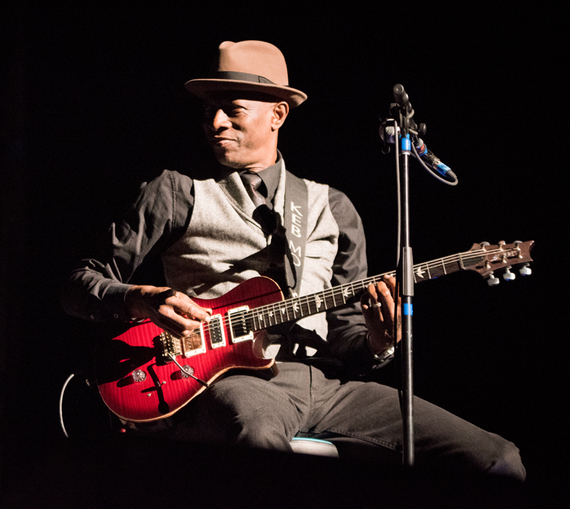 JL: Did you ever have that "ah-ha moment" -- basically the moment you knew this is what I plan to do for the rest of my life?

KM: Yeah, but a lot of my life was already over when I had it. I had been playing since I was twelve years old, but I didn't have that ah-ha moment until I was thirty-nine. The good thing is, I still got a good amount of life left.

JL: What do you think triggered it?

KM: What it was--I hit the point of no return in my life--to me, anyways. I hit a crossroads. Do I go into electronics because I had just taken an electronics course and just secured a job with Roland Electronics. The night that I thought about whether I was going to go do this job, or continue on with my music--I really thought about it. Did I want to be this electronics guy, and how long was that going to take. Was I going to have to start over? And I asked, do I like electronics better, or do I like music better. It was an easy choice. I forgot about the job, and called the guy the next day and said, I changed my mind--I'm not gonna take it. This was everything that I've been telling me my whole life--this is where I should go--but I hadn't been listening. So at that point, I started listening. And that was it.

JL: When I listen to your music, I get a sense that your musical influences spanned many different genres of music - from blues to country and everything in between. What do you think your jumping off point was in terms of influences, and what artists do you think your fans would be surprised at that you like today?

KM: Right now, when I say I'm into an artist, I'm into their vibe. What I like lately is Taylor Swift. I like the way she's done her business. I like her determination and the way she kept rollin' through--she's fearless. She has clarity of her business, and she's very compassionate with her fans. She understands what a great position she has in life at a very young age, too. I couldn't have even fathomed that at that age. Musically, I think she's a great songwriter, but I'm not playing it every day in my house. Earliest influence was Mando Santoria, because I started playing the congas first. But when I started leaning toward the guitar, I started to listen to David T. Walker. He was a great solo artist and recording session guy. And I was also listening to Latin music, because all I had was an acoustic guitar. I didn't get an electric until my senior year of high school when I was asked to play in this cover band. My friend had an extra one so he loaned me his and I became a part of this cover band. And then I started to listening to the radio and to what the guitar players were playing on the records that I had. I didn't have a main influence that I could lock into and not having enough money to buy a lot of records. I didn't even have the space to listen in private because I didn't have a bedroom--I slept on the sofa as a kid. So there wasn't anywhere around where I could really woodshed. In the band, the songs we were playing were by Blood, Sweat and Tears, The Isley Brothers, Otis Reading, and The Temptations--Funky Broadway, Expressway To Your Heart. That's what was influencing me.

JL: I have seen you play on the Experience Hendrix tour with a lot of noted guitarists. Do you consider Hendrix as one of your musical influences?

KM: I would have to say yes. I went and bought a Hendrix bootleg copy of Hendrix Greatest Hits on 8-Track. I rode around in my car listening to it all the time. I never tried to imitate him, but I would lift licks off of his record and teach them to my friend down the street. I never wanted to "be like Hendrix", I just wanted to know what he was doing because he was making such a stir. When I got his tape, I wasn't even playing guitar yet, I was in school for architectural drafting. A year later, I went back to my mom's house and picked up my guitar and amp, then I started to get calls from my buddies down in Compton, asking if I could play some gigs.

JL: Were you ever mentored by other musicians early on in your career, and if so, did any of them ever give you any memorable advice?

KM: My earliest mentor was playing with Papa John Creach. He took us on as a young band. I toured with him for about four years between 1971-1976. He basically showed us how to be a band, how to tour, how to confront an audience, and by his actions he broke us into professional music. Later on, I was mentored by Charles Dennis, who later went on to be B.B. King's guitar player. He schooled me on the blues.

JL: As a music fan, what album/CD could you sit and listen to every night and not get bored? 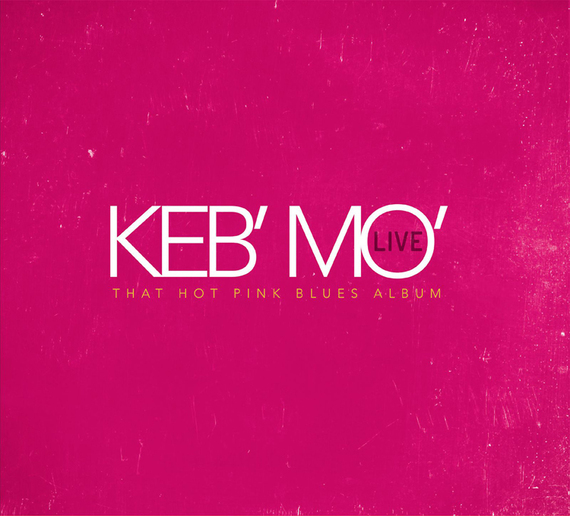 KM: Why not? Since it was a live album, I just wanted the album to have a lively color to it. And I wanted to show that what's inside is fun.

JL: In your perspective, how has the music industry changed from when you put out your first CD up until now?

KM: Clearly technology is the answer. When I look back to my CD Keb' Mo' that came out in 1994 til now, there were a lot of changes. Music in the hand has all but gone away. We don't have movies anymore--we're streaming movies. We're streaming music--it's a challenge because now it's more than changing from a format, it's now going from a physical thing to a cloud. Now it's about getting access, rather than ownership. 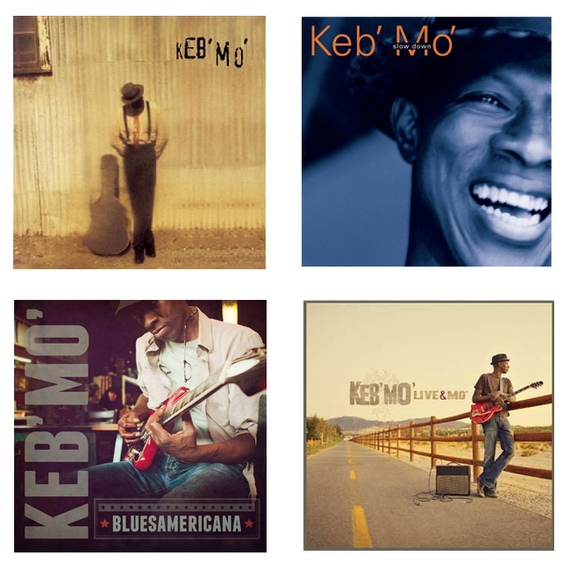 JL: As younger generations today are gravitating toward social media and this "snackable" information, have you as an artist embraced that as a way to connect with them?

KM: The good news is, I have a wife that loves social media. I'm paying attention to what is right in front of me, rather than what is on my phone, and what people are talking about on Facebook. I still like the personal touch. I want to be present with my audience.

KM: I think it is very important to keep arts alive--not just music, but all the arts. We need to fund our schools fully. We have to hold our schools sacred because that's where the future is going to come from. That's how change happens, by educating our youth.

For more information about Keb Mo and his tour, visit: www.kebmo.com