Illinois natives often try to describe what it's like to be from the Land of Lincoln, but at times it all comes down to, "It's not normal, it's an Illinois thing." With our weird town names and bizarre high school mascots, we Illinoisans are just plain strange. Where's the evidence? It's all around us. Here are 10 weird Illinois landmarks from across the state:

Due to the town's location between the Mississippi and Illinois rivers, Griggsville has a serious mosquito problem. In 1962, local businessman and nature enthusiast J. L. Wade encouraged the city to build
birdhouses
for purple martins, renowned for consuming 2,000 mosquitos daily, making them (as stated prominently on a building wall in downtown Griggsville) "America's Most Wanted Bird." Over the years, Griggsville built more than
5,000 birdhouses
, which led to the town's nickname "The Purple Martin Capital of the Nation." 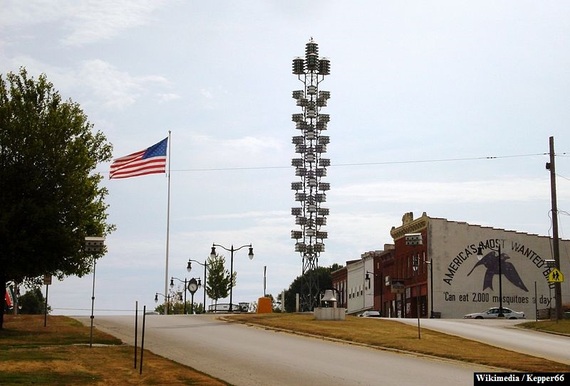 The idea behind the Mug Tree came from the brother of the tree's owner, who suggested using a dying tree on
their property
in rural Jasper County "to hang mugs on." A shed built by Amish carpenters tops the tree and protects the mugs. Today, people from all over the country have contributed a mug or two to the tree and have signed the guestbook located in a box by the tree. 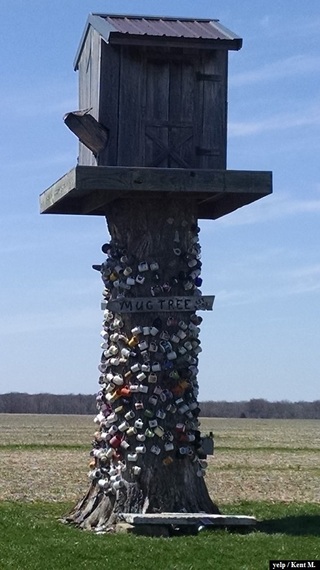 This 31-foot-tall goat tower in the east-central Illinois town of Findlay was built by an Illinois farmer named
David Johnson
for his herd of Saanen milk goats. 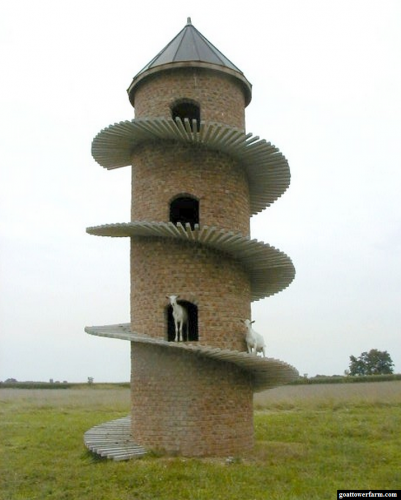 John F. Kennedy statue in a graveyard, nowhere near his grave - Taylorville

Not much is known about why this eight-foot statue of President Kennedy was erected in Oak Hill Cemetery in Christian County, hundreds of miles away from his actual grave in Virginia, but an
investigation
revealed that the memorial statue was commissioned in 1963 and the funds used were donations from citizens in the Taylorville area. It was also discovered that Robert Kennedy, JFK's brother, wrote a letter to the city of Taylorville asking them to use the picture he included with the letter as the pattern for the statue of his late brother. 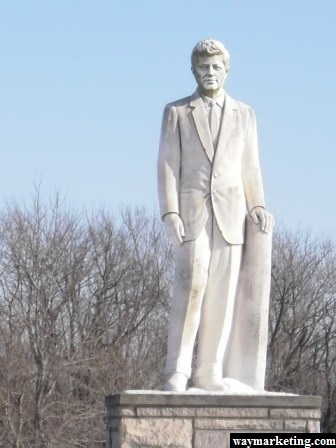 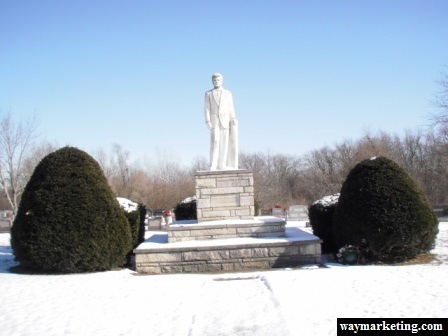 Telephone booth on a roof - Lincoln

The historic phone booth on top of the roof of the Lincoln Fire Department was originally placed on the building to spot severe weather, like an approaching tornado, according to the city of Lincoln
website
. Typically a young firefighter would keep an eye out and alert the station severe weather was visible nearby so emergency sirens could be activated. 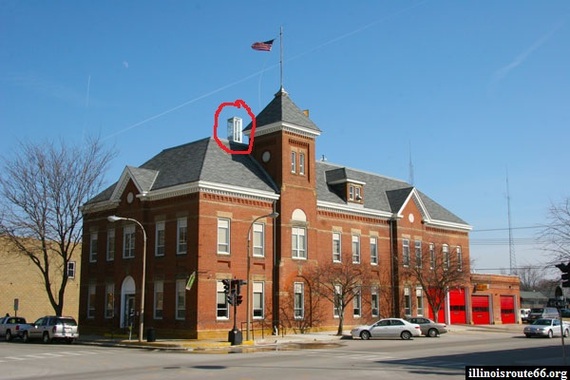 The prosthetic leg of a Mexican general - Springfield

"On April 18, 1847, during the Battle of Cerro Gordo, soldiers of the 4th Illinois Infantry came upon the abandoned carriage of the Santa Anna and discovered that he left behind his chicken lunch, box of gold, and his artificial leg. The story the soldiers told was that they ate the chicken, turned in the gold and kept the artificial leg as a souvenir. Years later the leg was presented to the state of Illinois and placed on exhibit in Memorial Hall, which later became the Illinois State Military Museum."

The leg was also the subject of a King of the Hill episode titled, "The Final Shinsult." 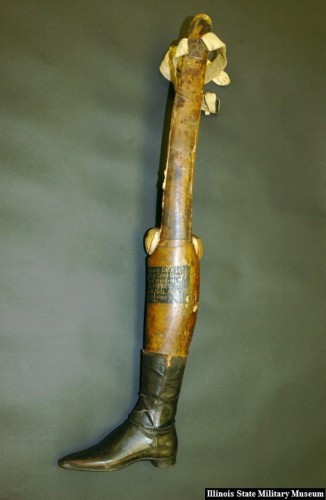 The
Best Wedding Chapel
purchased a fire truck and wrote to the show, "Trick My Truck," and the show transformed the firetruck into the world famous "Best Man" mobile wedding chapel. The chapel on wheels also holds the
Guinness World Record
for the fastest wedding chapel.
Advertisement

There is no context or known history for this bizarre structure located about 80 miles southeast of Springfield in Moultrie County, explains
Atlas Obscura
. 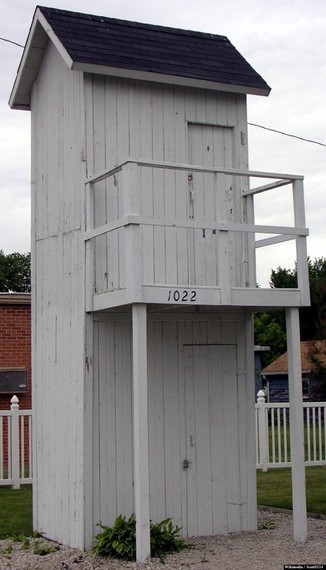 The house with no corners - Bull Valley

Atlas Obscura
explains the reason the George Stickney house in the McHenry Couny village of Bull Valley was built without corners: "Thanks to the owners' belief that it would help spirits flow through the home without getting snagged." With an origin story like that, there's bound to be plenty of spooky tales about the house. The strangest and spookiest story is about the circumstances surrounding George Stickney's death:

Legend has it that George Stickney was found slumped in a corner of his home that had accidentally been built at a 90 degree angle, a look of horror cemented on his face. 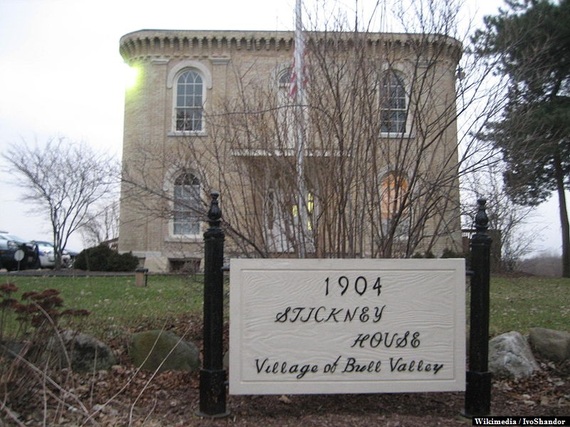 Robert Earl Hughes
was born in Fishhook, Illinois, and weighed in at 1,041 lbs. He died at the age of 32. Hughes is buried in Benville, about 6o miles west of Springfield. 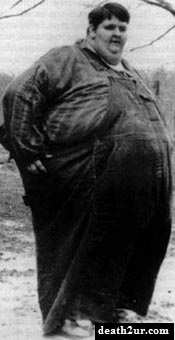 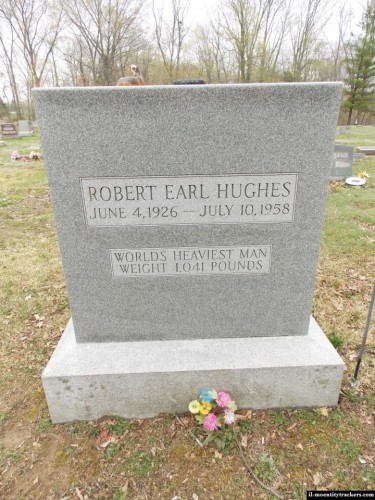 To see five more bizarre Illinois landmarks, including a fountain of poop, check out Reboot Illinois.