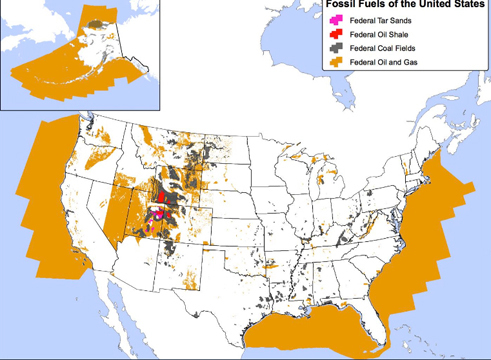 A cabal of senators is on track to overturn the Clean Power Plan (CPP) and send a message to the upcoming COP21 Climate Summit that Americans are not on the same page as their president supporting a robust climate change agenda. On November 17, their resolution passed the Senate by a vote of 52 to 46. (The White House noted that the President would veto any resolutions.)

On the other side of the aisle, two weeks earlier, Sen. Jeff Merkley (D-OR) and presidential hopeful Sen. Bernie Sanders (I-VT) announced a new piece of legislation they are calling the Keep It in the Ground Act. Flanked by environmental activists, they introduced a bill that would ban new leases for fossil fuel extraction on federal public lands and waterways (the Atlantic, Pacific and Arctic oceans and the Gulf of Mexico). Co-sponsors included Sen. Barbara Boxer (D-CA), the Minority leader of the EPW committee, along with colleagues Senators Kirsten Gillibrand (D-NY), Patrick Leahy (D-VT), Ben Cardin (D-MD), and Elizabeth Warren (D-MA).

It is now part of standard scientific knowledge that 80 percent of the fossil fuels, not yet resourced, must remain untouched if climate change is to be arrested. "The impacts will only get worse in the coming decades if we keep burning fossil fuels unchecked," Merkley underscored during the announcement.

EcoShift Consulting put together a study in August of this year called, "The Potential Greenhouse Gas Emissions of U.S. Federal Fossil Fuels." On their blog, EcoShift principal Dr. Alexander Gershenson wrote, "We believe that this analysis finally puts the issue of continued development of federal fossil reserves to rest."

The IPCC recommendation to keep global warming to less than 2 degrees Celsius (3.6 degrees Fahrenheit) by 2099, references that a specific "carbon quota" must be put into play.

The S. 2238 bill is a reaction to the current Obama policy which includes an "all of the above" point of view, allowing federal agencies to lease federal properties to private companies for the purpose of extracting and selling the resources from these properties, both onshore and offshore. These "leases" can be decades long, and in terms of area covered, the report states, "leases collectively span many tens of millions of acres."

According to the findings, "Federal agencies do not currently track or report the nation-wide cumulative GHG (greenhouse gas) emissions that result from federal leasing of fossil fuel reserves." The fuels that are included are: oil shale, crude oil, tar sands oil, natural gas and coal. The analysis breaks down the end product of each specific fuel and its uses.

Through a thorough parsing of a range of variables (illustrated by clear graphics), the study concludes that a cessation of fossil fuel extraction on lands owned by the federal government would actually block 450 billion tons of greenhouse gases from polluting the environment.

Stats from the last ten years show that almost 25 percent of American emissions have resulted from the fossil fuels that were burned as a result of federal leases. That number translates to a contribution of 4 percent of global emissions.

The bill is very clear in its goals: Keep over 90 percent of the potential carbon emissions from gas, oil and coal on federal lands and waters permanently underground. It would:

Merkley has been extremely proactive on getting the word out. I contacted him for a follow up comment on his commitment to this legislation. He responded via e-mail:

"Americans expect our public lands to be managed for our public good, but right now the burning of oil, coal and gas extracted from our public lands is producing a huge amount of damaging carbon pollution. As a father and as a Senator, I believe we owe it to our children and grandchildren to transition rapidly away from fossil fuels, and the federal government should be leading that transition. Ordinary Americans need to raise their voices, as they did to stop the Keystone pipeline and Arctic drilling, and let the Administration and Congress know that the time to act is now."

For those still unsure of the science, check out Merkley's video. I particularly appreciated the clarity and humor Merkley uses as he explains the need for political will to move the agenda forward.

This article originally appeared on the website Moms Clean Airforce