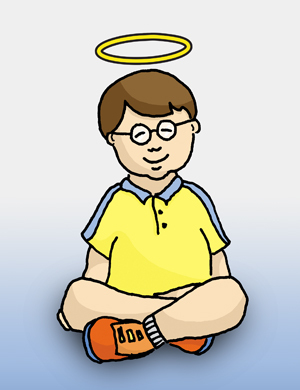 I just read an outstanding study that contains a hard but crucially important lesson. The study, by Woodbridge et al. (2014), evaluated a behavior management program for students with behavior problems. The program, First Step to Success, has been successfully evaluated many times. In the Woodbridge et al. study, 200 children in grades 1 to 3 with serious behavior problems were randomly assigned to experimental or control groups. On behavior and achievement measures, students in the experimental group scored much higher, with effect sizes of +0.44 to +0.87. Very impressive.

These findings were distressing to the researchers, but they contain a message. In this study, students passed from teachers who had been trained in the First Step method to teachers who had not. The treatment is well-established and inexpensive. Why should it ever be seen as a one-year intervention with a follow-up? Instead, imagine that all teachers in the school learned the program and all continued to implement it for many years. In this circumstance, it would be highly likely that the first-year positive impacts would be sustained and most likely improved over time.

Follow-up assessments are always interesting, and for interventions that are very expensive it may be crucial to demonstrate lasting impacts. But so often in education effective treatments can be maintained for many years, creating more effective school-wide environments and lasting impacts over time. Much as we might like to have one-shot treatments with long-lasting impacts, this does not correspond to the nature of children. The personal, family, or community problems that led children to have problems at a given point in time are likely to lead to problems in the future, too. But the solution is clear. Keep up the good work to keep up the good outcomes!