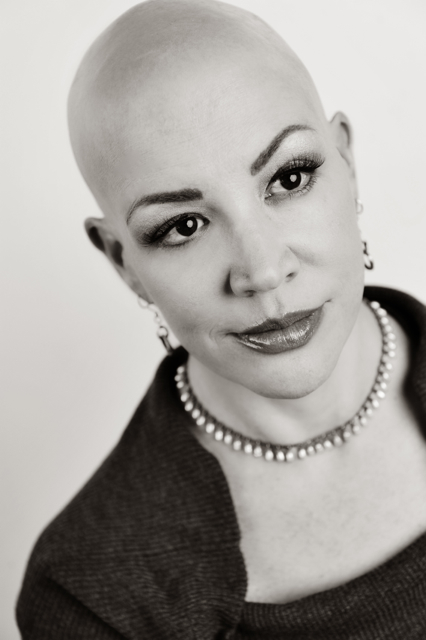 Since my diagnosis a year and a half ago, I've received countless recommendations for purported cures and treatments for cancer. Most have been respectful and well-intentioned recommendations from friends and family members who only want to see me around for as long as possible. Others, maybe not so much.

Being a target for criticism comes with a blogger's territory. I learned pretty quickly that I have to have thick skin if I am to keep writing publicly about my personal life. However, I admit I was surprised in the beginning to experience open hostility from strangers who disagreed -- vehemently -- with my health care choices. Individuals who had no qualms (anonymously) blasting someone actively dealing with cancer.

Some of the loving comments I received included gems like these:

"Have the courage to REFUSE chemo and you will have a better chance of living to 100."

"It is NOT a cancer 'battle' when you put all four paws in the air and blindly and stupidly trust the cancer industry."

"Chemo is an over-priced highly ineffective chemical attack on your immune system which if it was healthy to BEGIN with you would have never gotten cancer at all."

"When you're ready to stop poisoning yourself, the real, natural cure is out there."

"If you were evolved enough to recognize the truth about the pharmaceutical industry, you wouldn't be risking leaving your daughter without a mother."

"You are part of the problem, a pawn for the cancer machine."

I've also been told that the 100%-guaranteed-cure-for-cancer-that-the-pharmaceutical-and-health-care-industries-and-the-government-do-not-want-you-to-know-about is:

No, it's soursop fruit.

I heard it was maple syrup and baking soda.

Not to mention all of the alternative cancer treatment centers, healers, diets and books on the topic of curing cancer holistically.

There's an overwhelming amount of information out there. And those of us battling potentially terminal illnesses would love nothing more than for a miracle cure to be found

In fact, some of us are so desperate that we'll spend our last dollars and our last days chasing that so-called miracle.

I'm not immune to it either. Although I chose traditional medicine to fight my cancer -- surgery followed by 24 rounds of aggressive chemotherapy -- I have supplemented it with tons of holistic remedies and treatments. My view has been that if it can't hurt me and has been reported to shrink tumors and make cancer disappear, what do I have to lose?

We invested in an elaborate alkaline water system from Japan for our home. We put our pets and child on anti-cancer diets.

We have tried to live a healthy lifestyle. We try to put aside all negative thoughts and picture only healthy outcomes. But an iffy CT scan can still send us into a fear spiral. And I've watched people way healthier and more disciplined than I die from cancer. It had nothing to do with their attitude or motivation or desire to live. It had everything to do with the fact that cancer is still alive and well and mutating and changing and growing smarter and killing millions of us around the world every year.

And while cancer may mean big money for the pharmaceutical and health care industries, a proven cure or treatment regimen for cancer would mean big money for these industries as well. Plus, cancer touches everyone. Everyone. Even those who are part of Big Pharma and Big Health Care. If the secret cure was out there, don't you think someone with the resources of, say, a Steve Jobs would have managed to get a little love?

Here's where I come out on it: If you hear of something that has been shown or purported to help fight cancer, by all means, share. I'll try close to anything at this point. As I've said, I don't have much to lose. Plus, we could all stand to eat and drink and live healthier; and there's no doubt that living a healthy lifestyle can help keep many life-threatening conditions at bay.

But please don't denigrate me for my health care choices. I have friends who have opted against chemotherapy or radiation to fight their cancer, and while this was not my choice, I wish for them nothing but the absolute best outcome. I certainly would never criticize anyone -- friend or stranger -- for their personal decisions about their own body and health.

Also, I would be surprised if any of the very vocal detractors against traditional cancer treatment has experienced cancer themselves. Until one has actually experienced a disease with a potentially deadly outcome such as cancer, one never knows how one will react, or how one might choose to treat it.

I'm long-time believer and practitioner of alternative medicine, yet when I learned I had cancer, I couldn't get hooked up to the chemotherapy drip fast enough.

I still don't want to take any chances. I'm told that if I experience a recurrence of cancer, the recommended course of treatment will be a solid year of weekly chemotherapy, with all of the debilitating side effects it brings. And I won't hesitate to do it. I know women with Stage IV metastatic breast cancer who have signed on for chemotherapy for LIFE. They will be receiving chemotherapy for the rest of their lives or until there's a cure. And I respect and admire the hell out of each and every one of them.

So, thank you for your well-intentioned advice about potential cures. I'm interested in all of it, and discount none of it out of hand.

But for those who have never experienced cancer and choose to angrily blast me for my personal choices? I just hope that neither you nor anyone you love is ever diagnosed with this disease. I wouldn't wish that on anyone. Even insensitive jerks like you.