It's a girl for Alyson Hannigan and Alexis Denisof! The couple welcomed their second daughter, Keeva Jane Denisof, on May 23, Us Weekly reports.

The new addition to the family joins big sister, Satyana, 3. Though we haven't seen a full photo of Keeva yet, Hannigan gave her Twitter followers a treat Tuesday, tweeting a photo of her newborn daughter's little hand.

Hannigan announced she was pregnant with her second child in December 2011, and since then we've seen her and her growing baby bump all over the place, including on a promotional tour for her latest film, "American Reunion."

Hannigan's pregnancy also seemed perfectly timed with her CBS sitcom, "How I Met Your Mother." Her character was also pregnant this season, saving producers from worrying about how to hide her baby bump.

The actress poked fun at her growing stomach in in early May after Jessica Simpson finally gave birth to her baby girl.

"Congrats to Jessica Simpson! Does this mean I now have the biggest baby bump in Hollywood?" Hannigan tweeted.

Hannigan and Denisof married in 2003, after working together on "Buffy the Vampire Slayer." Denisof has also appeared a recurring character on Hannigan's CBS sitcom, "How I Met Your Mother."

Check out photos from throughout Hannigan's pregnancy below: 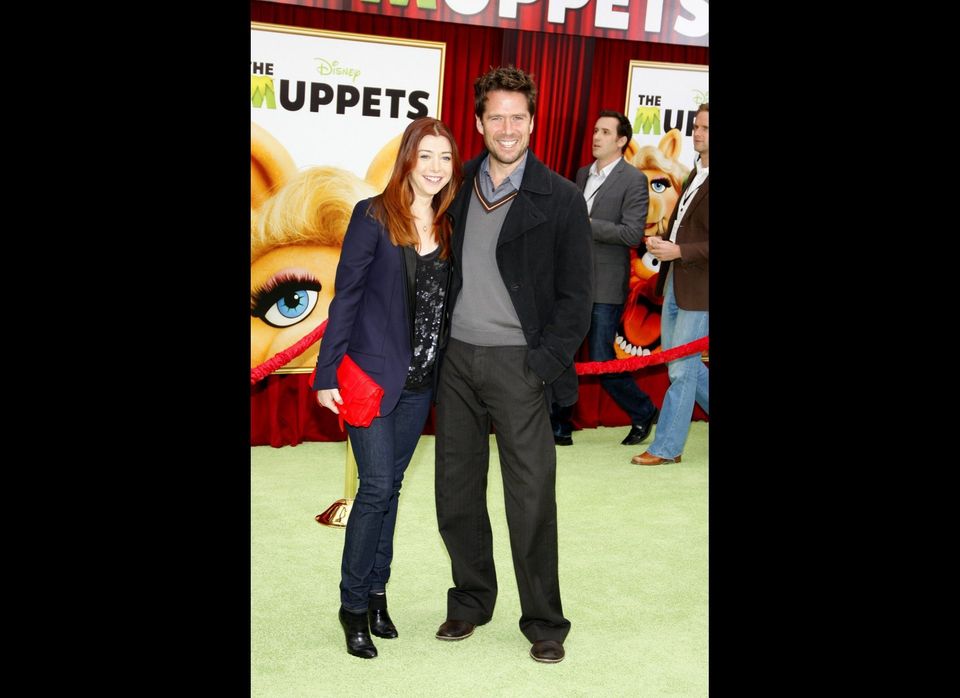