When it comes to superfoods packed with nutrients and health benefits, most of the heavy hitters are familiar: kale, chia seeds, blueberries and salmon, for example. But one particular superfood that's gaining notoriety is packed with probiotics -- and likely something you've never even heard of.

Kefir (pronounced kuh-feer) is a superfood that registered dietitian Lauren Schmitt tells #OWNSHOW is one of the most unexpected and unfamiliar superfoods among her clients. "It is a fermented cow's milk that's made from kefir grains," she explains in the above video. "The starter is actually a combination of bacteria and yeast -- it's similar to yogurt, but it's a bit thinner and you can drink it."

So, why not just reach for the yogurt already in your fridge?

"There are about 10 to 20 strains of probiotics [in kefir], which is three times what you would find in yogurt," Schmitt says. "So, anyone that has any gastrointestinal issues or if you've recently been on antibiotics, this would be a great food source for you."

#OWNSHOW host Danisha Danielle Hoston says kefir sounds too good to be true and wonders what the downsides are. According to Schmitt, there aren't many.

"It's actually moderate in calories. Per serving, kefir has about 100 calories -- not too shabby. It also has about 10-and-a-half grams of protein," she says. "[And] although it is made from cow's milk, it is 99 percent lactose-free."

That said, Schmitt does caution against getting caught in a sugar trap that can cancel out all of kefir's benefits.

"There are some instances where there are a lot of added sugars in kefir, just as you would find in certain yogurts, because they try to flavor them with strawberry and different flavorings," she says. "Look at the different brands, try to find the least amount of sugar or just go with a plain version."

Even better? You don't have to do anything elaborate to incorporate kefir into your diet. Drink it straight, add it into smoothies, mix it with oats or simply top it with berries for dessert, Schmitt suggests. However you consume it, kefir is definitely a powerful superfood worthy of adding to your grocery list.

Looking for more to add? Try what Schimitt calls the No. 1 superfood for women.

CORRECTION: A previous version of this story had an incorrect pronunciation for kefir. 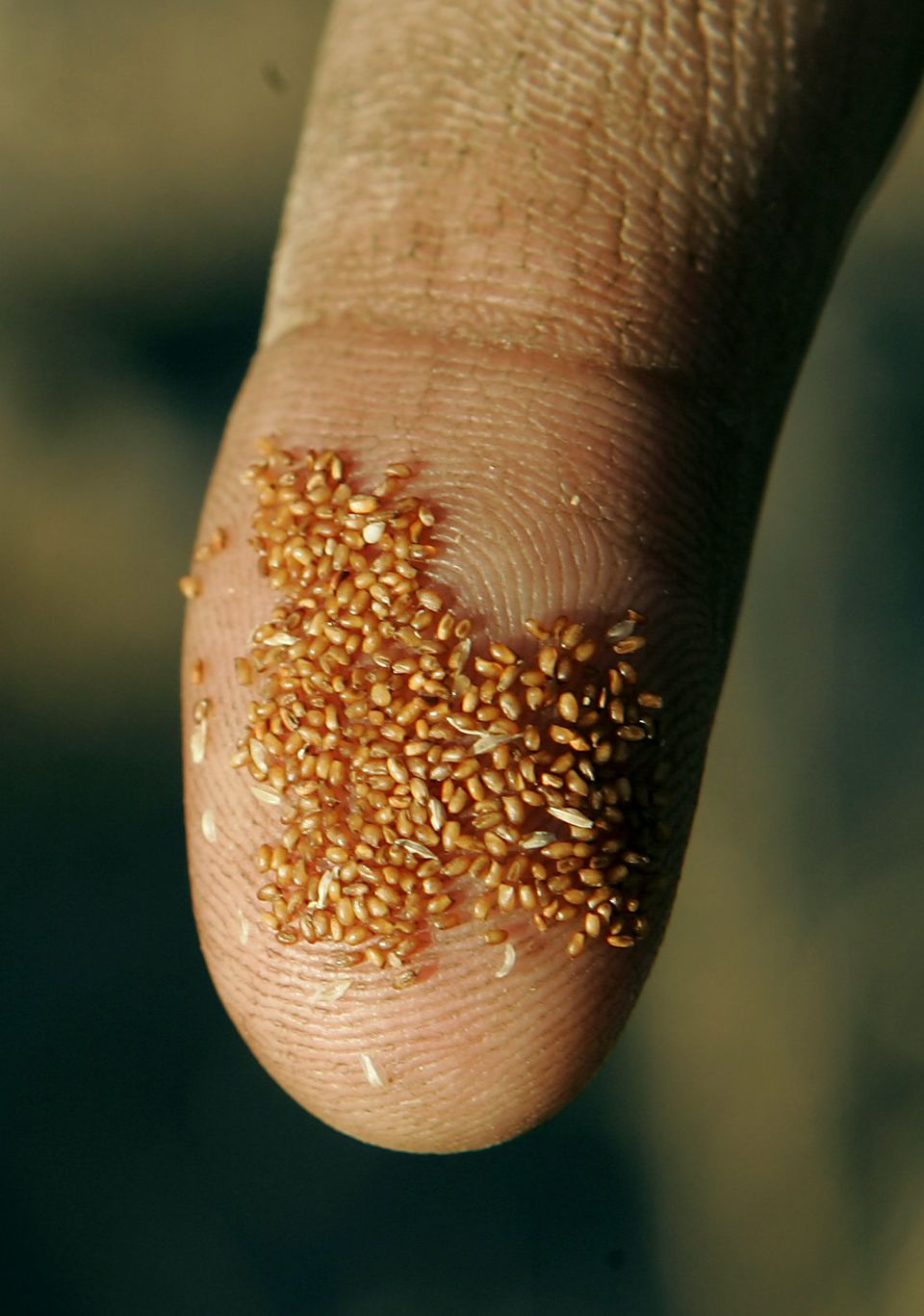 1 / 24
Teff
This grain, which is commonly used in Ethiopian cooking to make inerja bread, is growing in popularity, according to Daniel Levine, director of the Avant-Guide Institute, a world trends consultancy firm. Teff is gluten free and that is part of <a href="http://www.citylab.com/politics/2014/07/quinoa-isnt-the-only-ancient-crop-swept-up-by-the-western-gluten-free-craze/374674/" target="_hplink">why its profile is rising in North America</a>, where gluten-free foods remain trendy. Unfortunately, increased Western demand for teff is sending prices higher and making it less accessible to Ethiopians who rely on its nutritious benefits and use it as a key part of their traditional cuisine.
AP Photo/Charlie Riedel