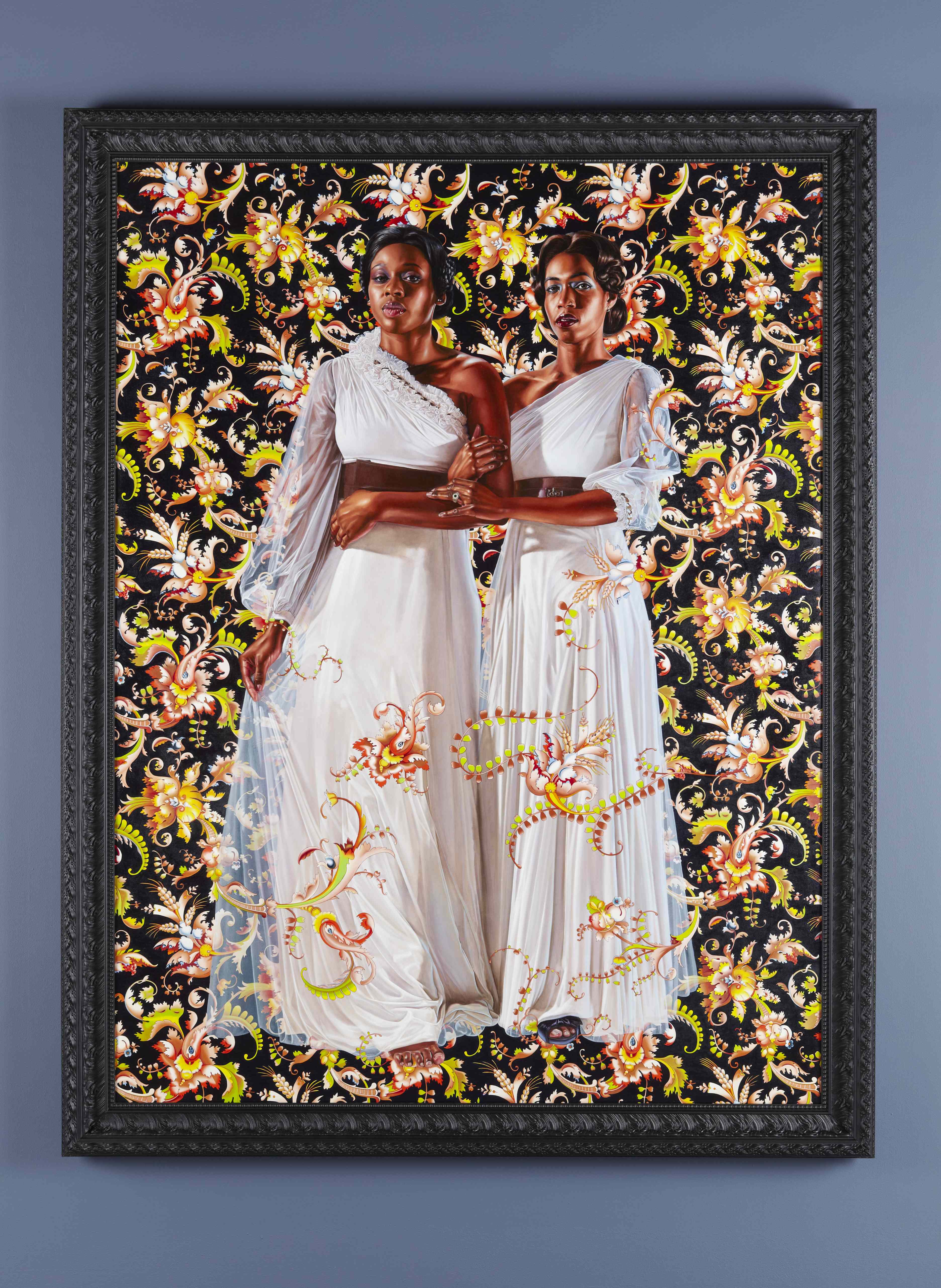 On the surface, "An Economy of Grace" at Sean Kelly (528 W. 29th) is a well-timed game-changer for painter Kehinde Wiley. After making a name for himself by exclusively painting men, "An Economy of Grace" presents Wiley's first series of portraits featuring women. For those who have not yet seen Wiley's work, you might want to spend Saturday, June 2nd catching up on the painter's career without paying a penny -- the Brooklyn Museum, which has a good group of Wiley's earliest portraits, and the Jewish Museum, with his recent "World Stage: Israel" paintings, will both be free on June 2nd, and Sean Kelly, despite its museum-quality shows, is always free. If you only have time for one show, see "An Economy of Grace," which will go down as a significant moment in Wiley's career.

For the past decade or so, Kehinde Wiley has been making evocative, questioning and powerful portraits of men of color from around the world. It began with his portraits of young African American men from New York City and grew into an ongoing, diasporic series known as "The World Stage," featuring men from China, Dakar, Lagos, Brazil, India, Sri Lanka and now Israel. The same formula he used in those paintings he uses again in "An Economy of Grace" -- photo-realist portraiture of models in classical, art-historical poses, set against decorative and colorful backdrops. The defining difference here comes in his choice of subject, all African American women from New York City. Other than that, very little has changed. Should it? 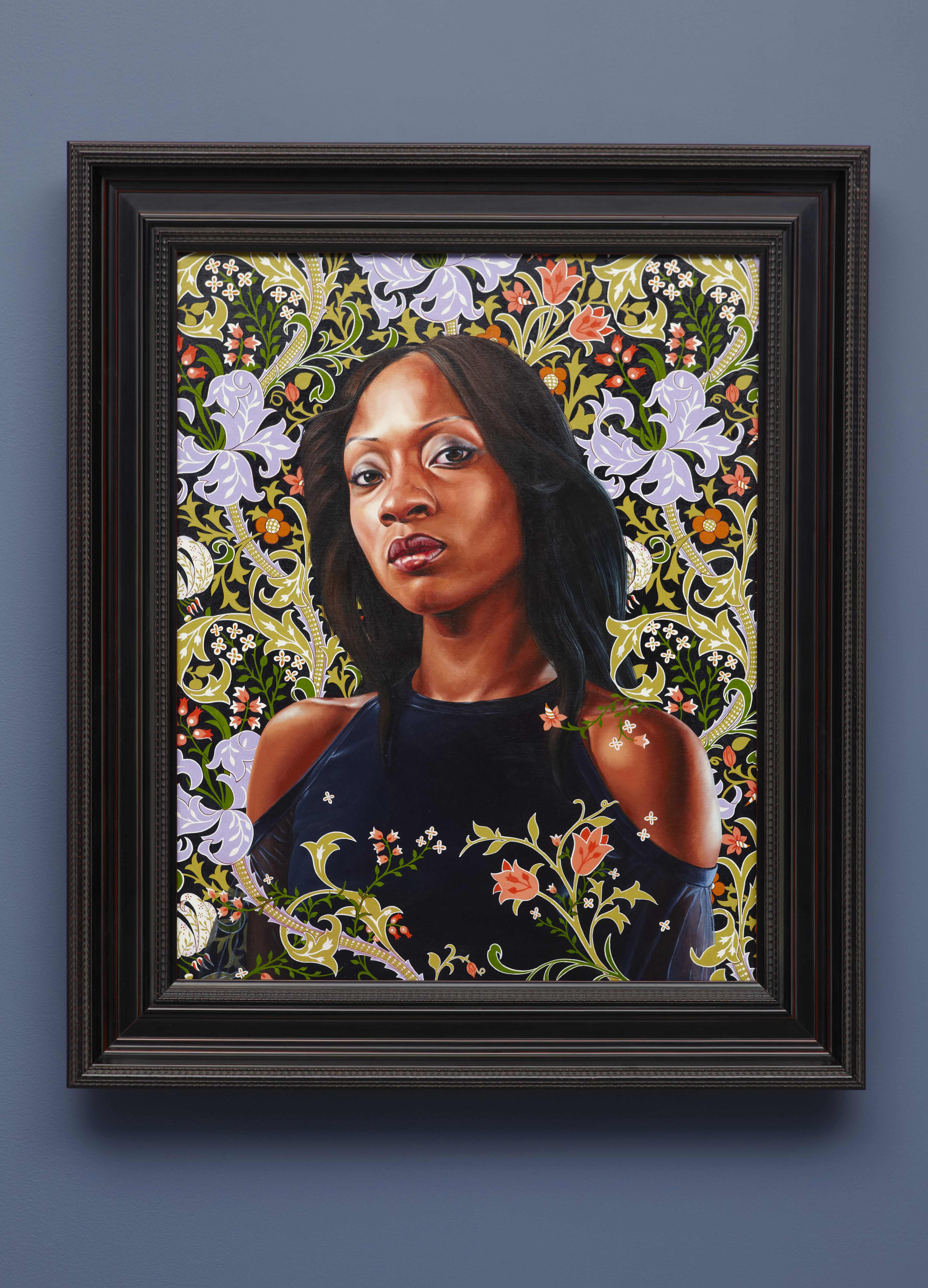 That question can really be asked of all of his work. If you do get to the Brooklyn Museum, one qualitative difference you will find between those early examples of his portraits and his most recent work, is how much Wiley has improved as a painter (especially since 2003s "Go," a ceiling-mural on the fourth floor of the museum). At the Jewish Museum and at Sean Kelly, Wiley has perfected his touch to such a degree that the paintings appear photographic. And while the jury's still out on his "World Stage" paintings, the general feeling about the series was that it successfully brought about a larger vision in Wiley's work; with each successive part, be it the Brazilian portraits or the Chinese portraits, Wiley overcame whatever compositional repetition ensued, with memorable and enjoyable images of young men from around the world, typically marginalized, now celebrated and united. 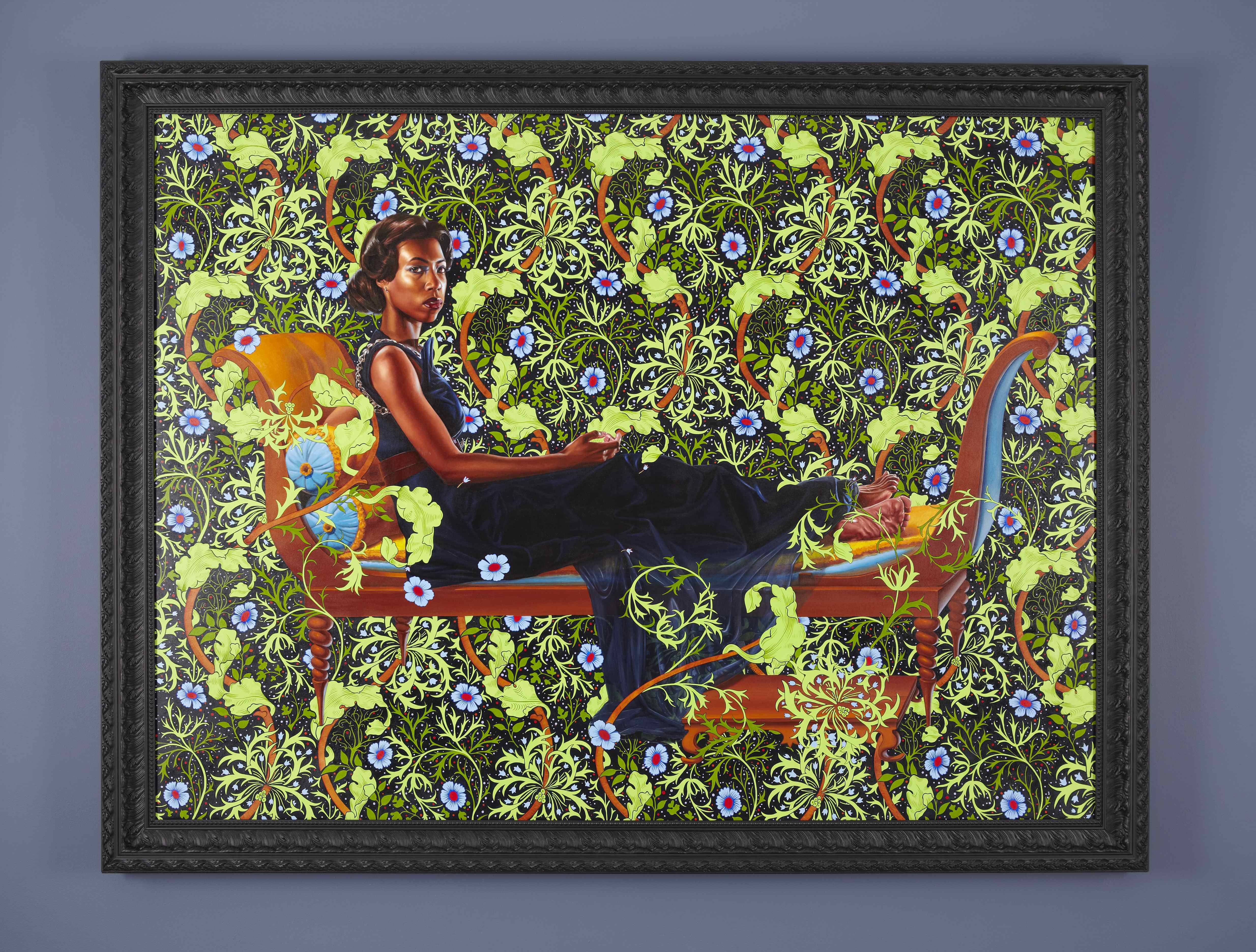 If Wiley's career up until "An Economy of Grace" is any indication, the 12 paintings at Sean Kelly are likely to be only the beginning of a very long exploration of femininity, race and power. Instead of painting the women in their everyday clothing, Wiley's subjects wear dresses designed by Riccardo Tischi, the Creative Director of Givenchy. As in previous paintings by Wiley, many reference specific portraits and paintings -- Jacques-Louis David's "Madame Juliette Recamier," the many renditions of Judith and Holofernes (here, Wiley's has painted Judith as an African American woman holding the head of a white woman) and John Singer Sargent's "Mrs. Waldorf Astoria," among them. You don't need to know any of those paintings to get the general idea: Wiley is reappropriating past images to create new ones, with the intent of empowering his subjects. To that end, I wish I had gone to "An Economy of Grace" with a woman, to hear her reaction to the portraits and their resonance, a reaction more important than my own.

For those new to Wiley, these portraits will delight. They are characteristically fun, acrobatically good and meaningful, the colors are great -- all of these things I felt myself. For those who are looking for daring new heights in Wiley's career, what could have been a great departure for the artist does end up feeling staid. Some of the portraits are flatter than others, and I do believe that Wiley needs to start pushing compositional boundaries a bit more, especially as he explores the subject of femininity. When indifference is the farthest emotion Wiley is looking to incite, it's hard not feel like we are back to square one, this time with women instead of men. This series, too, begins where his first portraits began, New York City, and here, the excitement is quieter and the drama less original. Notably missing from these paintings is the sexuality of his male portraits, which juxtaposed domineering masculinity with uncanny delicacy and tenderness -- a feat on view at "World Stage: Israel."

But if this is the beginning of a new frontier for Wiley, one that he will engage over this next decade, "An Economy of Grace" may be happily modest in its first steps. Although prolific -- all of these paintings were made in 2012 -- Wiley is an artist that takes his time and one that has always found ways to make things interesting. Will there be a "World Stage" series for women? I hope so, as long as it is as inventive as his first. When Wiley comes to the Brooklyn Museum in 2015 for an already announced solo show, the crowds and the critics might all be expecting a little more from someone who has not disappointed just yet.