Since Leo Tolstoy's "Anna Karenina" was published in 1877, there have been some 25 adaptations of the epic novel for either film or television, with actresses from Greta Garbo to Vivien Leigh to Sophie Marceau in the title role of Anna. Because of that history, did Keira Knightley, who stars in a brand-new version of "Anna Karenina," have any concern about stepping in to play the famed character?

"Joe Wright literally said, 'How about 'Anna Karenina'?' And I said, 'Yes,'" Knightley told HuffPost Entertainment in a recent interview. "I said 'yes' faster than I said it right then."

"Anna Karenina" is the third film Wright and Knightley have made together since 2005; the pair previously collaborated on "Pride and Prejudice," which earned Knightley her only Oscar nomination, and "Atonement," which was nominated for seven Academy Awards, including Best Picture. Those expecting a staid period piece from the duo, however, might be disappointed: This version of "Anna Karenina," scripted by acclaimed playwright Tom Stoppard, takes place on a giant stage, giving the film a theatricality that goes beyond corsets and 19th century facial hair. (Jude Law and Aaron Taylor-Johnson, as, respectively, Knightley's onscreen husband and lover, sport some of the year's more memorable scruff.)

Knightley spoke to HuffPost Entertainment about why she's not necessarily friends with her frequent director, how "Anna Karenina" found new meaning for her as an adult, and why she wouldn't make a good producer.

In preparing for the film, what did you learn about Anna Karenina as a character that surprised you? I originally read the book when I was about 19. What was extraordinary was that my memory of the character, from then, was totally different from my perception of her when I re-read it last year before we did the film. I remember her as being incredibly innocent and the victim, and I remember everybody else being hideous and it not being her fault. All of a sudden, I read it again and went, "Oh. Wow." [Laughs] This was a very different beast and a very different character than I remembered it being. So, that was kind of quite shocking. I had anticipated playing one character and suddenly another one presented itself to me.

Anna is not an anti-hero, per se, but she certainly has a lot of dark shades to her character. Did that aspect of the role excite you? Absolutely. I think in a lot of modern films, the female characters mainly always have to be likeable. I was really interested in walking the line between making her the heroine and the anti-heroine. I don't think she is the anti-heroine, but there are certain points within the piece where you do hold her up and go, "I don't like you and, morally, I have a problem with what you're doing." Actually, I think there are certain areas where she's meant to be condemned, and what was interesting was trying to juggle that with also making her sympathetic and understandable, yet still trying to bring that darker element out. It was one of the great challenges, but it was what made her so exciting to play.

Hollywood is notoriously bereft of strong female characters, yet you seem to find a lot of them to play. Are you very picky with your choices? I am very picky. And, yes, it is frustrating. But given that I'm not producing and not directing I don't really have a right to complain. I think it is very difficult to find really interesting roles and there are very few, so I feel incredibly fortunate that this is one [I got to play]. I think, in general, the female audience is a massive one, and actually it's one that's rarely really tapped into. Everybody is after that very famous and rather elusive demographic of men, age 18-24. Well, actually, I'm not in that demographic and I want to see women who are complex and strange and people who I can relate to and be terrified of and want to be and all the rest of it. So, I guess, as an actor, that's what I'm looking for: those people that interest me the most.

Why don't you get into producing? I'm crap at that side of it! [Laughs] I definitely like the idea of having ideas and going, "God, that would make a great film!" But I think the actual business aspect of it isn't within my area of strength. But, I think [pause] maybe. Maybe. Who knows?

This is your third film with Joe Wright. How has your relationship developed since "Pride and Prejudice"? Well, we're not friends. We started off being colleagues. When we did "Atonement," we really didn't need to speak. It was so symbiotic; we totally knew what each other was thinking. We imagined it was going to be the same on "Anna Karenina." Then, on the first day of rehearsal, I remember sitting there and suddenly realizing that it had been five years since we last worked together on a film and I noticed how much we had each changed. I can't even put my finger on what it was, but we had different experiences, our interests had gone along on different paths. It was like, "Wow, OK. This thing that we thought we knew is suddenly altered." And, actually, thank God, because how boring it would have been if we had been exactly the same people that we were when we last worked together. There was a moment of readjustment.

I think it also had to do with the fact that this was definitely the most difficult creature we tried to tackle. With "Pride and Prejudice," Elizabeth Bennet is somebody who you love and you're meant to love. It's sort of the same with Cecilia Tallis in "Atonement": As much as she's a bitch at the beginning and she's quite icy, you don't not love her for it. Then you get to Anna and Anna -- there's a real question mark about what you're meant to feel about Anna. What is her function within the story? It took a lot of discussion. Some days Joe would say, "God, I hate her." Some days, I'd say, "God, I hate her."

Did you have any trepidation about signing on for "Anna Karenina" since there have already been over a dozen adaptations of it for either film or television? No, I didn't. I think it's because I read the book -- even though I remembered it being completely different -- and it had left a lasting imprint on me, as I think it does with most people who read it. The other adaptations -- I had only seen the Greta Garbo one and one of the television versions -- they hadn't been ones that I've gone back to again and again and again. What I wanted was my memory and my vision of the character I saw in the book and not what I'd seen in the film.

This version of "Anna Karenina" is also quite original, if only because of Joe sets almost all of the action on a giant stage. It was meant to be a straight telling. Joe told me like 12 weeks before we started shooting. I was like, "Oh, God. Here we go!" We suddenly found ourselves in a position where people were going, "Oh, it's you guys! You can do that! You know, that's what you do. That's great!" Every other time we made a film, people would go, "Oh, no. That's going to be crap." We're quite good at working under those circumstances, and we weren't quite as good working with everyone going, "That's going to be great." So I think we all wanted to do something that really pushed ourselves and had the definite possibility of failure. What he said to me was "I want to make a ballet with words." I thought that was an extraordinary way to look at the whole thing. The idea that he wanted to look at movement and tell the story and emotion in as many different ways as possible. I just thought it was a ballsy move.

It seems to have paid off. There's a lot of Oscar buzz around "Anna Karenina." What do you think of the whole awards season spectacle? The wonderful thing about being a part of it is that it's basically a way of people saying, "We like your movie and we found it exciting." You can't really ask for more than that. Whatever the outcome is, I don't know, but just to be a part of the lot of films that people are generally saying are really great in the year [is exciting]. Particularly for us, when we really didn't know whether this would work. This was a total gamble for all of us. We felt like we were holding hands and jumping off a cliff. The fact that you get to the other side of that and the response has been good. Also, not. It's been mixed, but predominately people are really getting something out of it.

That reminds me of another one of your films: "Love Actually." Nine years later, are you surprised that it has continued to live on as holiday classic? It's amazing that it turned that kind of Christmas movie, isn't it? I don't think anyone realized it was going to do that. It's nice. That one and "Bend It Like Beckham" have a life beyond release. It's an extraordinary thing when people come up and go, "Oh, you know, that's the thing I watch every Christmas." It's a lovely thing. That's why you make them. 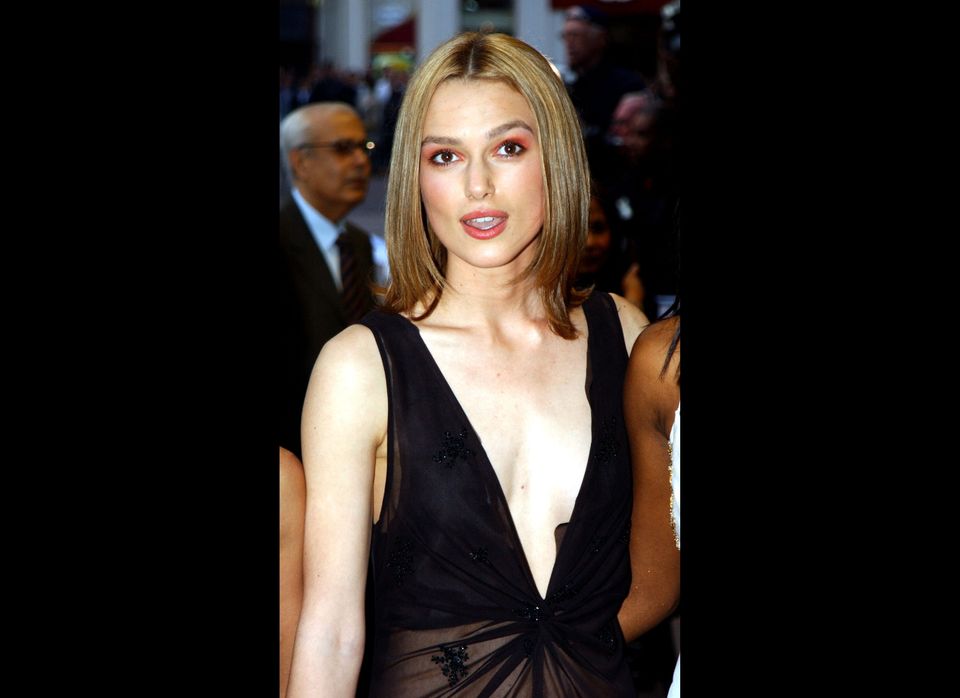