Keira Knightley is a married woman.

The 28-year-old actress tied the knot with her beau James Righton, 29, on May 4 in an intimate ceremony at the town hall in Mazan, a small town around 12 miles from Marseilles, France, according to People.

The couple, who got engaged a year ago, exchanged vows in front of a handful of guests.

"It was not a long service and very few people" one witness tells People,. "The ceremony occurred just before noon and lasted only about 30 minutes. Keira looked beautiful. She wore a very pretty, very classic dress."

Knightley's dress can be seen in photos obtained by X17online.com. She wore a strapless tulle frock that came to her knees, a classic Chanel jacket and flats. Klaxons rocker Righton wore a navy suit.

"It was a very moving ceremony," an onlooker tells Us Weekly of the low-key affair, officiated by Mazan mayor Aime Navello. "Keira looked emotional during the whole thing. She cried when they exchanged their vows but was still smiling."

Fifty to 100 guests are expected to attend the wedding reception tonight, which will be held close to the couple's vacation villa in in the picturesque hills near Avignon. A tent was spotted there on May 3. 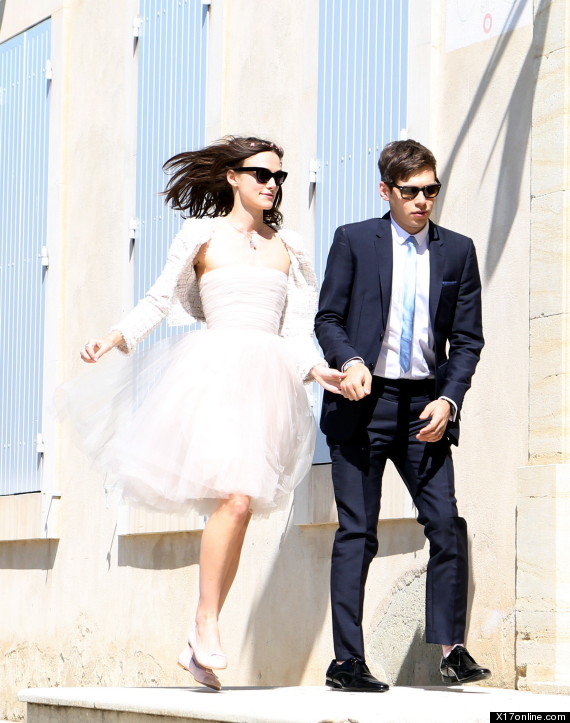