Ten-year-old Keith Boyd has Cerebral Palsy and is nonverbal. He cannot walk or use his hands, and he can only speak through a special device called a Tobii which allows him to communicate with his eyes. Still, this remarkable kid refuses to let his physical obstacles stop him from achieving his dream.

According to a press release, Boyd wants to raise $250,000 before August 20 for The Little Light House, a tuition-free school for children with special needs that he attended until his graduation in 2011.

Specifically, he hopes the money can be used to buy hundreds of Tobii devices for students with special needs. To achieve this goal, he wrote up a business plan with his eyes for a new venture called Keith's Ice Cold Lemonade Stand. The business consists of 10 lemonade stands around the Tulsa, Oklahoma area, which have been open every Wednesday since June 18 and will close after after August 20.

According to the website for Keith's Ice Cold Lemonade Stand, the lemonade idea first came to Boyd a couple of years ago when he started a stand to earn money for a toy he wanted. He ended up raising more than enough and donated the rest to The Little Light House. This summer, the young entrepreneur has already raised an astounding $100,000 for The Little Light House through his 10 lemonade stands.

This success stems from the 10-year-old's incredible dedication and passion for helping other kids, as well as some help from his two mentors, local Chick-fil-A owner and operator Arthur Greeno and Clay Clark, the CEO of Thrive15, a Tulsa-based startup dedicated to helping entrepreneurs find success.

"The first step to being a successful entrepreneur is to take action and Keith did just that," Clark noted in the press release. "The fact that he has risen above his circumstances to thrive and help his community is inspiring to everyone,” he added. 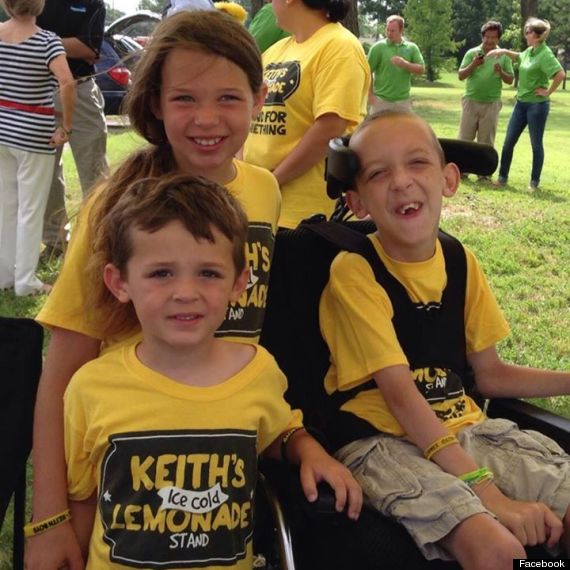 Keith Boyd and a couple of supporters at one of his ten lemonade stands.

Thrive15 has helped Keith create a website, find sponsors, and operate the 10 lemonade stands, while the local Tulsa Chick-fil-A donated the lemonade. According to the Keith's Ice Cold Lemonade Stand website, anyone is welcome to join the movement by opening their own lemonade stand to raise money for the cause.

Boyd expressed his gratitude to his supporters in the press release. “We are so thankful for the support of the Tulsa community with Keith’s Ice Cold Lemonade Stand. We dreamed that we could raise $250,000 for The Little Light House, and we know we’ll be able to meet our goal.”

Additionally, Thrive15 put together a video about Keith Boyd's story. At the end of the video, he states, "I have a dream. I have a plan. I have a purpose. What's stopping you?" 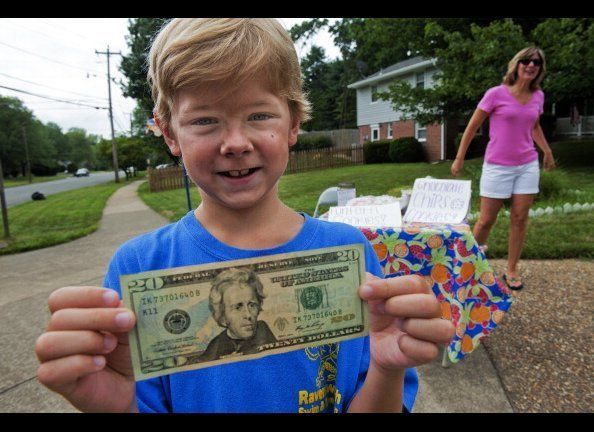