Maybe Keith Olbermann doesn't have the geeky warmth of Conan O'Brien, but that doesn't make him any less worthy of his own grass roots movement, right? And as wunderkind illustrator Mike Mitchell proved with his indelible "I'm With Coco" image, nothing unites people against NBC like a great avatar.

With that in mind, we unveil the new battle flag of #TeamOlbo. One can only hope that such a groundswell of support inspires Olbermann to spend the next 6 months to a year delivering his Special Comments in 140-character, non-competitive increments. 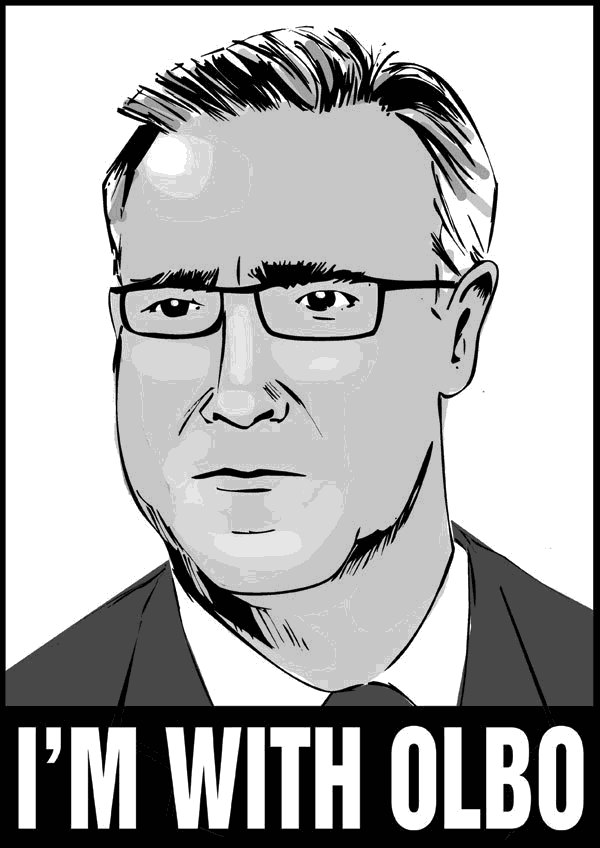 Illustration by Corey Pandolph of Drink at Work.