If there's one thing that could bring Keith Olbermann and Sean Hannity together (apart from the occasional CNN-bashing), it's baseball.

Both cable news stars showed up for Game 6 of the World Series Wednesday night at Yankee Stadium.

Olbermann wrote about the game on his MLBlog, where he said of Hannity, "And lastly, a reminder that baseball does erase boundaries. The guy I'm taking a photo of, who's taking a photo of me - we get along perfectly at the ballpark - less so during our day jobs."

Pics of Olbermann and Hannity below, via Olbermann's MLBlog, Baseball Nerd: 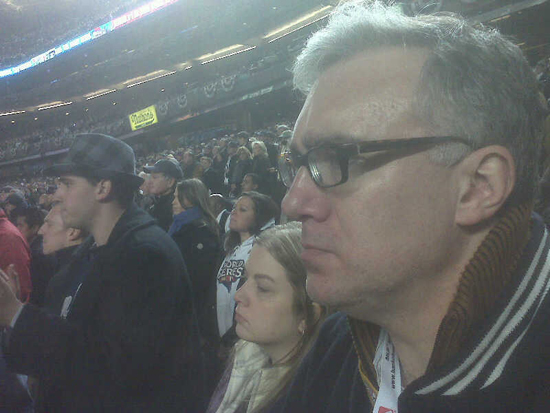 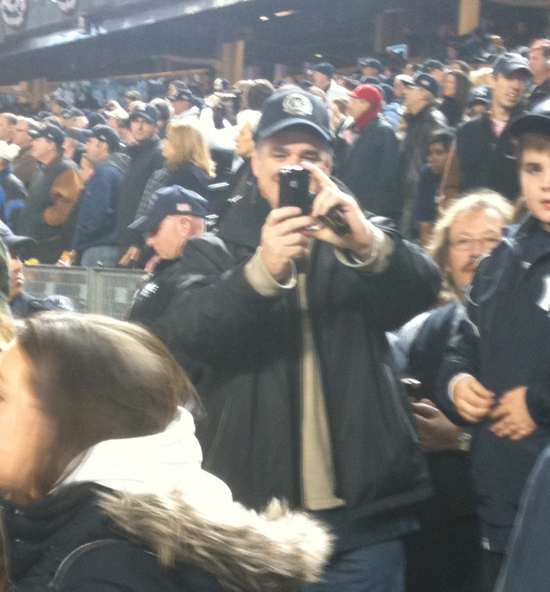