Keith Olbermann might have hit upon an explanation for his extremely colorful career in the limelight.

After countless accusations, lawsuits, and on-air suspensions, Olbermann made a miraculous return to ESPN in August.

Speaking to GQ in an interview released Monday, Olbermann said that he wanted to do things right the second time around—and he added that being on TV in the first place is kind of crazy.

When asked about his specific fears, Olbermann responded that fear in television comes from this need for approval and praise.

"You find yourself at various times in your life being fearful, because you don't know how to function in some environment in which you're not being applauded by a thousand people or more at once. So many times I've looked back with a kind of sympathetic disgust at my personal conduct till age 40." 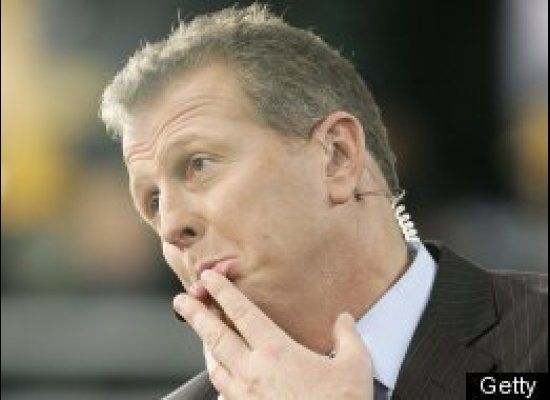 1 / 10
Sean Salisbury's lewd pictures
Former ESPN analyst Sean Salisbury was suspended from ESPN for a week after reports that he showed people pictures of his penis. The reasons for his suspension were then-unknown, and Salisbury denied the rumors. But he confirmed the rumors in a <a href="https://www.huffpost.com/entry/sean-salisbury-interview-_n_432775" target="_hplink">January 2010 interview with USA Today</a>.
Getty