How does country music star Keith Urban measure success in his life? We asked him during an appearance on HuffPost Live.

"For me personally, the sense of contentment and hunger being in balance, that's how I measure it," Urban said. "I like those two things being in sync with one another." 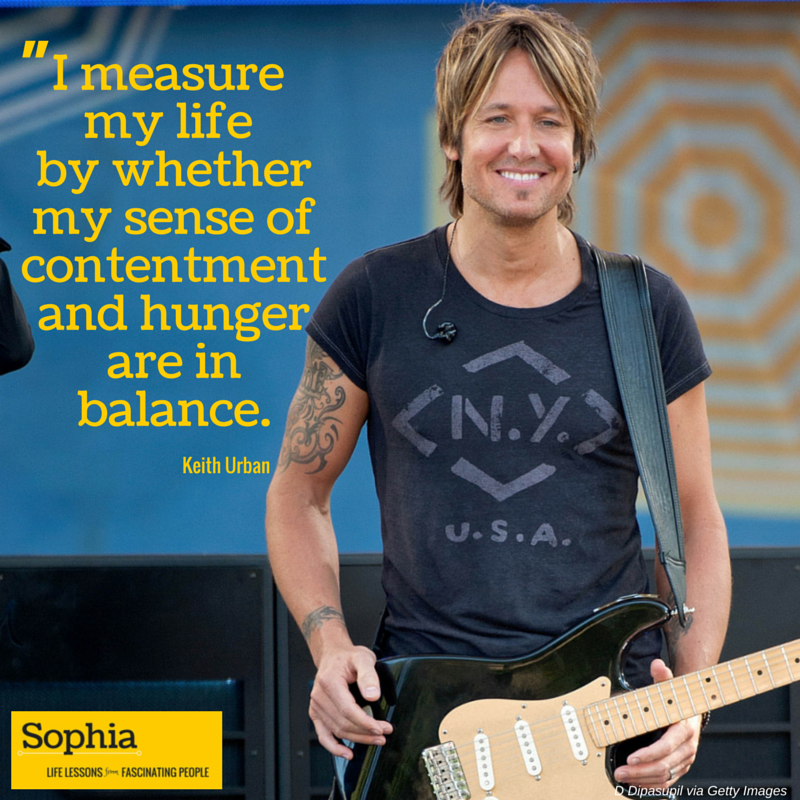 Urban also explained that he doesn't regret the difficult initial period of his marriage to actress Nicole Kidman, when he entered rehab for drug and alcohol addiction. Facing that challenge with his wife helped them form an even stronger bond, he said.

"On the one hand, there were times early on when I wished I would have been sober and in recovery and everything when I met Nic and I wasn’t," Urban told HuffPost Live. "But the other way to look at it, which is a much better way and so true, is that we’ve been able to build our relationship with that... We’ve been able to build that together. That wasn’t something that was in place before I met her, so there’s a real power in that as well, and I think it’s given us a really powerful foundation.”

He added, “I like where Nic and I are right now and I like where I am in my life and whatever that journey was to get me to here, I wouldn’t want to change any of that.”

We asked Keith Urban about success and regrets for Sophia, a HuffPost project to collect life lessons from fascinating people. Here's more from Sophia:
- He Asked 1500+ Elders For Advice On Living And Loving. Here's What They Told Him.
- Life Tips From The Ph.D. Who's Discovering How Meditation Changes Your Brain
- Watching Rainn Wilson Talk About Happiness Will Make You Happier