NEW YORK (AP) -- Like many girls, actress and singer Keke Palmer grew up dreaming of meeting a prince who would whisk her away to a life of love and happiness. In her case, it's going to happen - eight shows a week on Broadway.

Palmer said she'll be stepping into the title role in "Rodgers & Hammerstein's Cinderella" starting Sept. 9 at the Broadway Theatre. She will become the first African-American to play the part on the Great White Way.

"It's honestly one of those things that I can't believe is really happening," Palmer said by phone Friday from her Los Angeles home. "I'm very excited. Very excited and nervous as well - a bunch of feelings all at once."

Palmer, 21, is stepping into the sparkly shoes first worn by Tony-nominated Laura Osnes, then put on by "Call Me Maybe" Canadian pop star Carly Rae Jepsen and currently worn by Paige Faure, who launches a national tour in the title role this fall.

Palmer, who will be making her professional stage debut, will rely on a host of skills she's developed from film - including "Barbershop 2: Back in Business" and "Akeelah and the Bee" - her BET talk show, "Just Keke," and on TV in Showtime's "Masters of Sex." Her albums include the 2007 CD "So Uncool" and a self-titled 2012 EP.

She has played Chili in "CrazySexyCool: The TLC Story" and starred in Nickelodeon's "True Jackson, VP." Palmer also appeared opposite Cicely Tyson and Vanessa Williams in Lifetime's "A Trip to Bountiful," which was nominated for an Emmy Award.

The Illinois-born actress's parents, Sharon and Larry Palmer, both worked as professional actors, and young Keke said she grew up watching theater and welcomes the discipline it will give her.

"Theater offers so much more than I haven't been able to access doing film and TV and everything like that," she said. "I'm very excited to learn all that it has to offer - that focus and that dedication to perform at a certain level every night."

One of Palmer's heroines growing up was the singer and actress Brandy Norwood, who played Cinderella in a 1997 TV movie opposite Whitney Houston. "I feel like the reason I'm able to do this is definitely because Brandy did it on TV," Palmer said. "In me doing this, it shows everybody that everything is possible."

The producers of "Rodgers & Hammerstein's Cinderella" have always been colorblind about casting the show, which Actors Equity honored for excellence in diversity on Broadway last year.

The traditional fairy tale has been given a sly and witty makeover by Douglas Carter Beane, who updated the story for a new generation. The songs by Richard Rodgers and Oscar Hammerstein II include "In My Own Little Corner," "Impossible/It's Possible" and "Do I Love You Because You're Beautiful?"

"Every girl's dream is that story so to be able to play is going to be a dream come true for me. Not to mention that Stuart Weitzman made the glass slippers I'll be wearing," Palmer said, laughing.

Winning the role of Cinderella is the latest breakthrough for African-Americans on Broadway, joining Norm Lewis as the first black man to play the title role in "The Phantom of the Opera," Nikki M. James playing Eponine in "Les Miserables," James Monroe Iglehart as the manic Genie in "Aladdin" and Condola Rashad as Juliet opposite Orlando Bloom's Romeo.

"Look around America. Broadway is a little behind America," Goodman said. 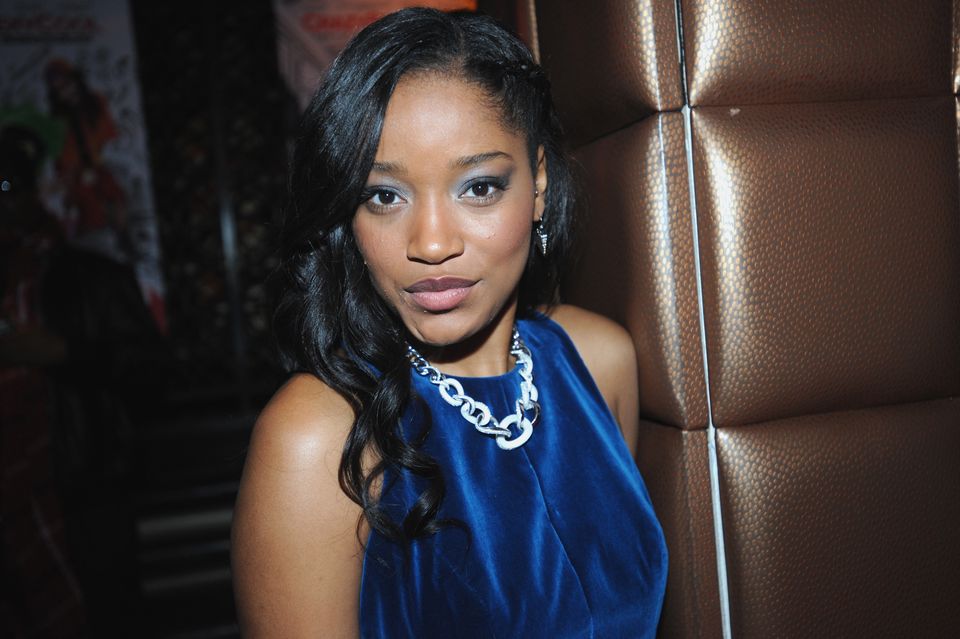