Kelly Clarkson is officially engaged to her boyfriend of a year, Brandon Blackstock, the singer announced on Twitter Dec. 15.

Clarkson even shared a photo of her gorgeous ring -- a yellow canary diamond. 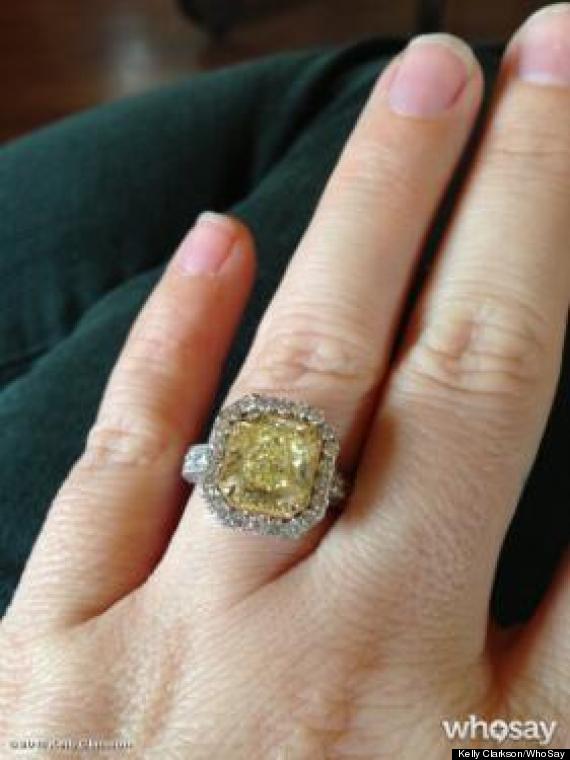 "Everyone has been asking about my engagement ring, so here it is :)" she wrote, posting a photo. "It's a yellow canary diamond with diamonds around."

Just last month, Clarkson stopped by "The Ellen DeGeneres Show" and revealed that although Blackstock hadn't proposed yet, she knew he was going to.

The wait is over!

Congrats to Kelly and Brandon.