Viewers of "The Hills" have been debating whether or not the MTV reality series was scripted ever since it first premiered. Surprisingly, years after its 2010 finale and in spite of several outward remarks from cast members, the answer is still nebulous.

Fashion publicist and semi-notorious truth-teller Kelly Cutrone shed some light on this existential question in a HuffPost Live interview on Wednesday when a commenter came forth and asked if MTV "forced" her to "hire those girls from that 'Laguna Beach' TV show," referring to the series that spun off to become "The Hills."

"They didn't force me," she laughed, "but they hired me to be on that show, and the other people they hired to be on the show were those girls from that 'Laguna Beach' show."

While she noticeably didn't mention Lauren Conrad, she said that to this day she still "loves" Whitney and Audrina. And that for those who are interested in watching an actual reality show, her 2010 Bravo TV series "Kell On Earth" fits the bill.

"'Kell On Earth'.. was actually really real," she said, although they "didn't make the show" she wanted to make.

"It was really more the producers than me," she added. "They wanted to talk about the printer being broken all day." 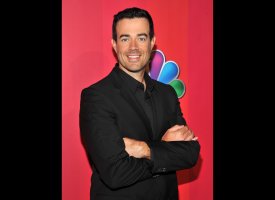