Kelly Osbourne raised more than a few eyebrows Sunday when she offered up her views on Donald Trump.

Osbourne, 32, received the Trevor Hero Honoree Award at the Trevor Project’s TrevorLIVE Los Angeles 2016 fundraiser on Dec. 4, according to The Hollywood Reporter. When the singer-actress took the stage at the Beverly Hilton to accept the award, she urged those in attendance to keep an open mind about the divisive president-elect.

“We’re living in a time when we might not have the future president that we wanted in this country. And as an immigrant who can’t vote, I don’t really get to say much,” Osbourne told the crowd, which included the likes of Matt Bomer, Margaret Cho and Jack Falahee, among other stars. “But tonight, I do. People voted for him. So just like they gave us a chance to love equally, we will fight to keep that.”

“We have to give [Trump] a chance,” she added, “And we do it by spreading love, not hate.”

The comments may come as a surprise given Osbourne’s longstanding support of the LGBTQ community. The outspoken advocate has worked with The Trevor Project, which is the nation’s leading suicide prevention organization for LGBTQ youth, as well as Cyndi Lauper’s True Colors Fund for homeless queer youth. In June, she debuted a striking head tattoo that read “solidarity” in honor of the 49 victims of the mass shooting at Orlando’s Pulse nightclub.

Regardless of her intent, Osbourne might have reconsidered the tone of her remarks given The Trevor Project’s aim. While Trump’s views on the LGBTQ community are spotty at best, Vice President-elect Mike Pence has been a supporter of so-called “conversion therapy,” and has defended LGBTQ discrimination under the guise of religious liberty. Arguing that homosexuality is “a choice,” he’s no fan of same-sex marriage, either.

Let’s try to be a bit more sensitive to the cause next time, Kelly. 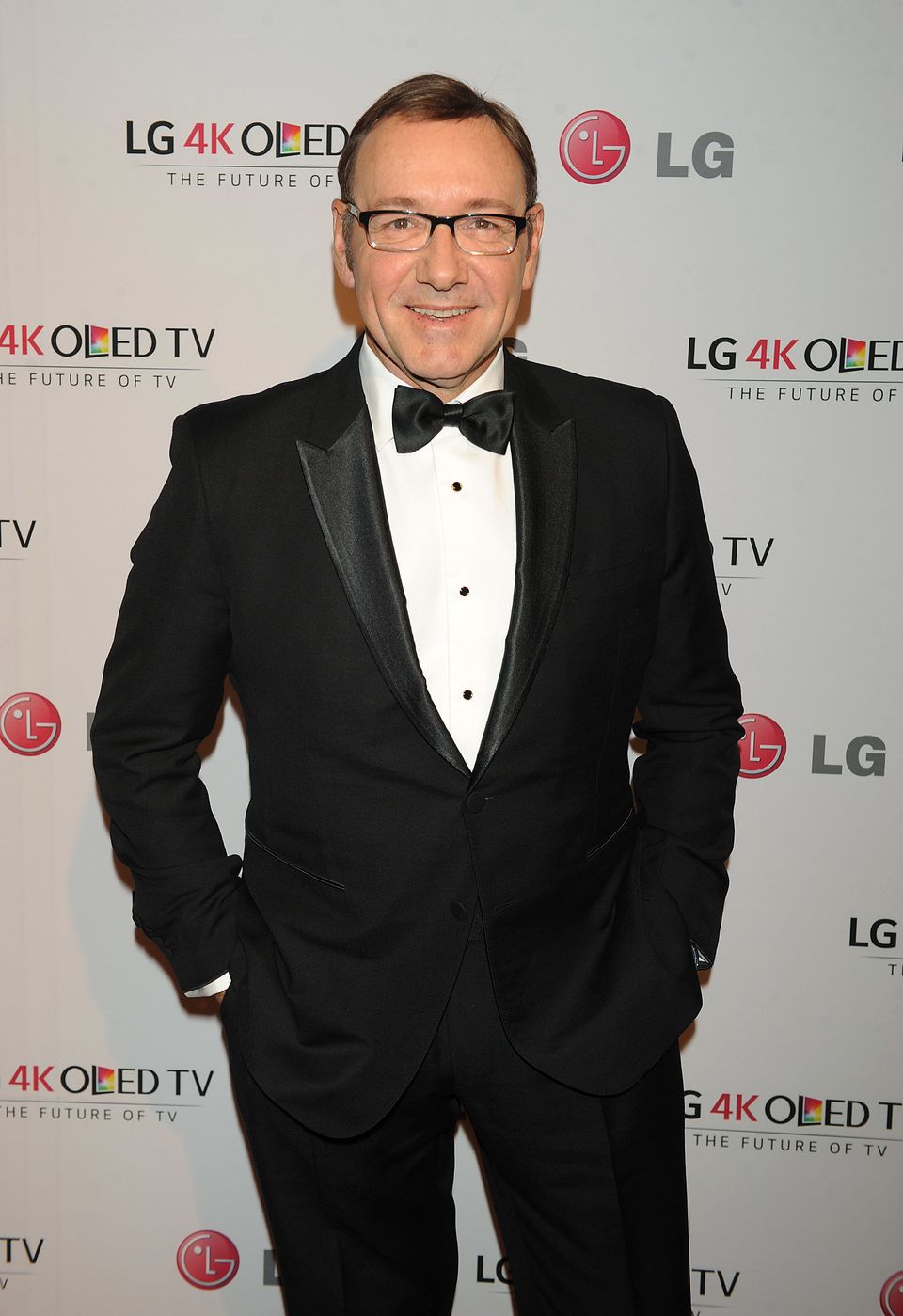 1 / 32
Kevin Spacey
The "House of Cards" star has refused to respond to the gay rumors that have followed him for much of his career. <a href="https://www.huffpost.com/entry/kevin-spacey-addresses-gay-rumors-daily-beast-interview_n_797575" target="_blank">In 2010 he told The Daily Beast</a>, "People have different reasons for the way they live their lives. You cannot put everyone's reasons in the same box. It's just a line I've never crossed and never will." He then added, "Look, at the end of the day people have to respect people's differences. I am different than some people would like me to be." <a href="https://www.huffpost.com/entry/kevin-spacey-private-life-gay_n_5097793" target="_blank">In 2014, Spacey told The Hollywood Reporter</a>, "Let's let people live their lives and do it the way they want to do it... All the chips will fall in the end, and we'll all be judged by a much higher power than Entertainment Weekly can."
Invision for LG Electronics