Are we experiencing déjà vu , because we could have sworn Kelly Osbourne lashed out at Christina Aguilera back in August.

Seems like history is just repeating itself, as Osbourne again called out Aguilera for her weight gain. "She called me fat for years," Kelly said on E!'s "Fashion Police" on Friday, " I was never that fat."

Osbourne struggled with her own weight for years, before dropping to a size two back in 2010.

The 30-year-old singer surprised fans by taking the stage wearing clownish makeup, ratty hair and dressed in an unflattering bodysuit with fishnet tights.

According to Us Weekly, Osbourne wasn't the only member of the Fashion Police to take aim at Aguilera:

But not all the show's co-hosts were quite so vicious. "I'm looking at this and thinking, 'Well she's put on weight. This isn't flattering. But this is just a crappy outfit regardless. No matter what shape your body is in, it's just bad," explained George Kotsiopoulos, adding that even with the weight gain the singer was still probably a size 2 or 4.

Christina must have really hurt Kelly's feelings years ago, because now that the tables have turned Kelly seems determined to keep pointing out the singer's weight gain.

In August the "Fashion Police" criticized the singer for wearing a too-tight Givenchy dress, and Osbourne said, "Maybe she is just becoming the fat bitch she was born to be. I don't know. She was a c**t to me. And she bought my house."

Osbourne's digs at Aguilera's weight gain continued. "She called me fat for so many f***ing years," Osbourne said, "so you know what? F**k you! You're fat too."

Photos of Christina Aguilera at the "Michael Forever" tribute concert:

Kelly Osbourne: I Was Never As Fat As Christina Aguilera 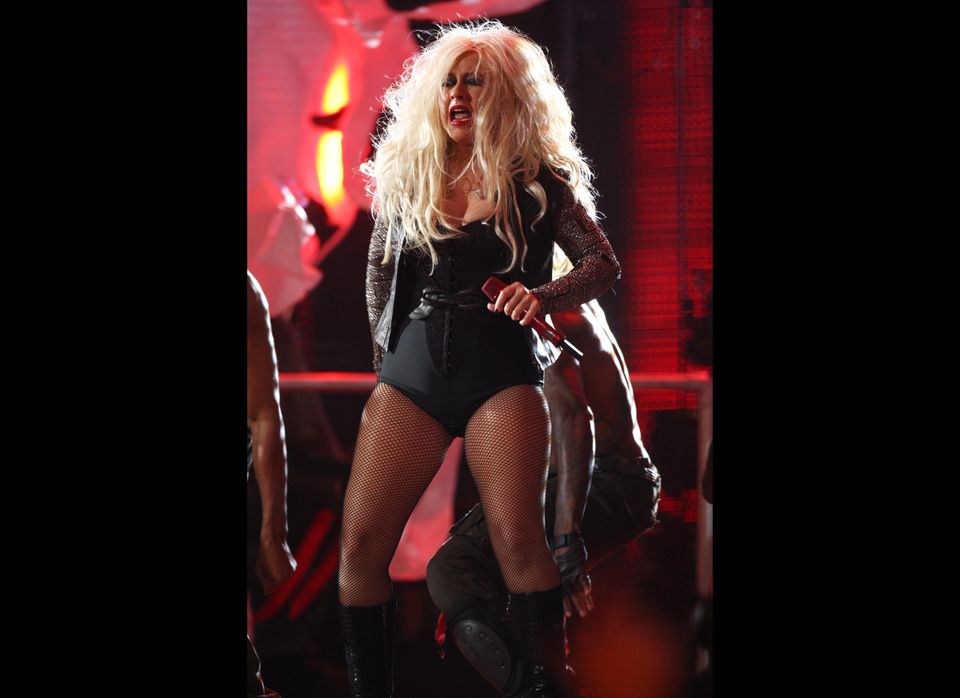