A single Detroit mother fighting cancer is also fighting to keep her home from foreclosure.

In an act of desperation Kelly Parker, 37, has vandalized her own home with graffitti in order to discourage potential buyers. The graffiti includes phrases like "This is our home" and "We will not be moved."

"Three weeks ago, I was diagnosed with brain and lung cancer and it's to the point where they want to do brain surgery tomorrow, and I just found all this out. So them trying to evict me out of my house and sell my house, I'm not going anywhere," Kelly Parker told WJBK.

Parker, the mother of two children, bought her home in 2005, but got behind on her payments after her mortgage doubled and now owes about $12,000 in back taxes, according to WJBK.

"What we are trying to do now is stop the sale of the home at auction so that we have the opportunity to buy it from the city free of the mortgage company," she said in in a statement on her facebook page. "I am now fighting for my life, my home and my children."

Her case is far from the only example of Detroiters fighting back against foreclosure.

Detroiter Jennifer Britt recently halted an eviction effort by holding a vigil in front of her home with a coalition of local supporters. Her actions drew the attention of U.S. Rep. Hansen Clarke and pressured the government-sponsored loan agency Fannie Mae to re-open negotiations with her over the house.

In January, William and Bertha Garrett kept their home by working with Occupy Detroit and a group called Moratorium Now to block a dumpster that would have been used to remove of their belongings from their house. 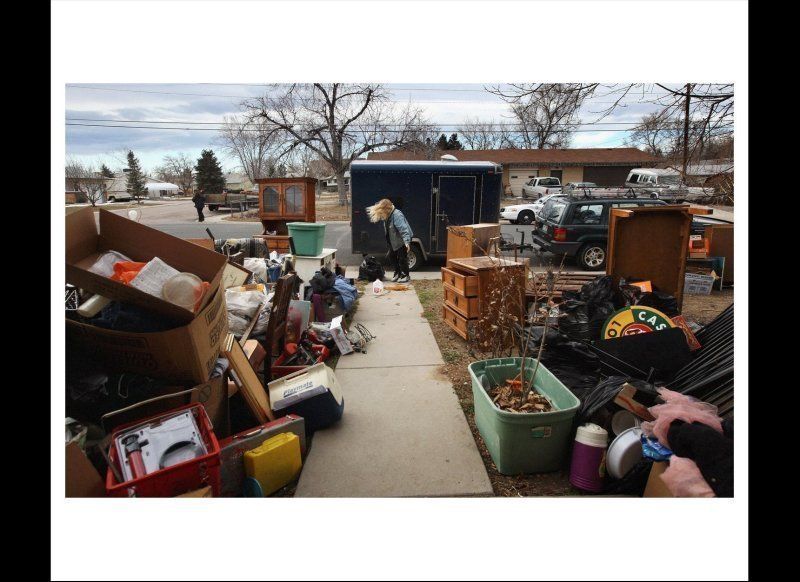 1 / 15
'Worldly Possessions,' John Moore
Tracy Munch collects her belongings after an eviction crew cleared furniture from her foreclosed home on Feb. 2, 2009, in Colorado's Adams County. Although she paid her rent, her landlord stopped paying his mortgage. Munch managed to borrow funds to rent another place but not soon enough to avoid this.
John Moore/Getty Images