Kelly Rowland's dad is begging the Destiny's Child singer for a relationship "before it's too late."

Christopher Lovett, 67, opened up to Star magazine about how he has been hoping to get in contact with his estranged daughter, who he claims was taken away from him when she was just 7 years old.

“So many previous years have passed and I’m getting old. I just pray she comes back into my life before it’s too late," he told Star, adding that he wants Rowland to know he loves her. “I hoped I could make it up to her. But I’m still waiting for that day.”

Apparently, Lovett was a heavy drinker and would verbally abuse Rowland's mother, Doris, according to the U.K.'s Mirror. One day, Doris took Kelly and left. Since then, he has been looking for his daughter. He says he once drove 800 miles to Texas and went from hotel to hotel trying to find them. When he heard she was in a famous girl group, he thought there was hope. In 2000, he bought a ticket to one of Destiny's Child's concerts and cried at the show.

He claims money is not the issue.

“I own a big home now and have retired so I don’t want any of Kelly’s fortune, I just want her love," he told the Mirror. "I just hope she does not become such a big star in England on X Factor that she forgets about her dad ­completely. I’m getting old now – I just hope she reads this and doesn’t leave getting back in touch with me before it is too late.”

Back in 2011, Rowland said she eventually wanted to speak with her father, but she would only do it when she is ready.

Kelly Rowland's Dad, Christopher Lovett, Pleas For A Relationship 'Before It's Too Late'
bad parents 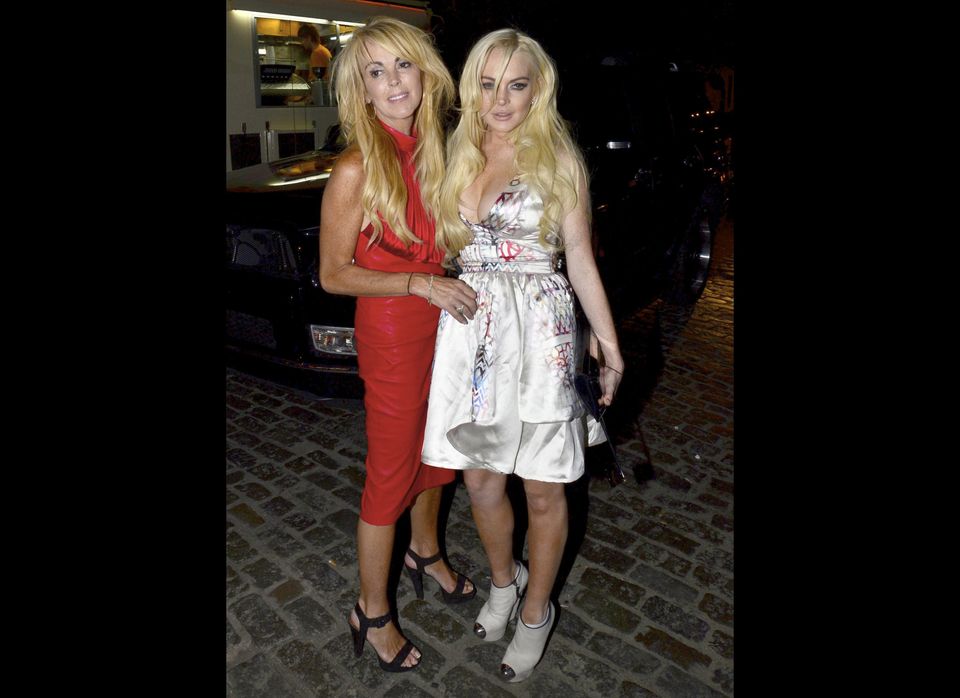 1 / 9
Dina Lohan
Dina Lohan claims to have started her career as a Rockette, but there is no evidence to suggest this is true. Now she makes a career out of managing and partying with daughters Lindsay and Ali. Also, she smokes cigarettes with Lindsay and defends her skeletal physique. Never one to shy away from the spotlight, Dina brought 'Entertainment Tonight' cameramen to film her visiting Lindsay in rehab in 2007. She executive produced 'Living Lohan,' a reality show she started and costarred in with Ali. She uses her Facebook account to tout her mothering skills and shower hatred upon the Obama administration