Kelly Slater won the Billabong Pro Tahiti in clean double overhead waves that produced one of the greatest surf contests in competitive surfing history. The waves were so massive that the contest was actually called off Saturday because the swell was too big, a reason for not running a contest unheard of in the ASP World Tour.

"I felt like I finally hit my stride in the Semifinals this morning," said Slater. "In the Final, I fell on a couple of waves that were maybe better than what I ended up getting scored on. It put the pressure on me, and took the pressure off him (Wright). He got that really big one at the end that could have gotten pretty close to the score. These are the best conditions this event has ever run in. It's been a phenomenal week."

Slater takes over the mantle previously held by the late Andy Irons, who won the event last year. "You know Andy won last year, and I had my last heat here with him, " said a choked up Slater. "There's a lot of things that are really meaningful in it for me. Kind of a bookend for me and Andy. To win these events back-to-back is really nice."

The win catapulted Slater atop the ASP World Tour Rankings, as the previous top five were all eliminated in the first three rounds of the contest. The defending 10-Time World Champion is now in the driver's seat for an unprecedented 11th World Title.

Bonus videos. The first two are from the day the contest was called off due to the swell being too large. With French Polynesia issuing a 24 hour Code Red advisory preventing watercraft from legally being in the ocean, a group of surfers brought out personal watercrafts for Teahupo'o tow sessions in heavy waves measuring over 20 feet that were crashing onto shallow reef. Naturally, some of the world's greatest surfers came out to play.

This video features some of the nastiest wipeouts from the Billabong Pro Tahiti. The wipeout at the 1:18 mark takes the cake.

The remaining highlights are from day nine of the Billabong Pro Tahiti, featuring some more amazing surfing by the world's greatest surfers. Including one defending 10-Time ASP World Champion Kelly Slater.

To read about Kelly Slater's first time surfing Maverick's, his nastiest wipeouts, what Slater enjoys doing beyond competitive surfing and more, all in his own words, purchase the new book Dogwild & Board: Stories, Interviews and Musings from a Surf Journalist. 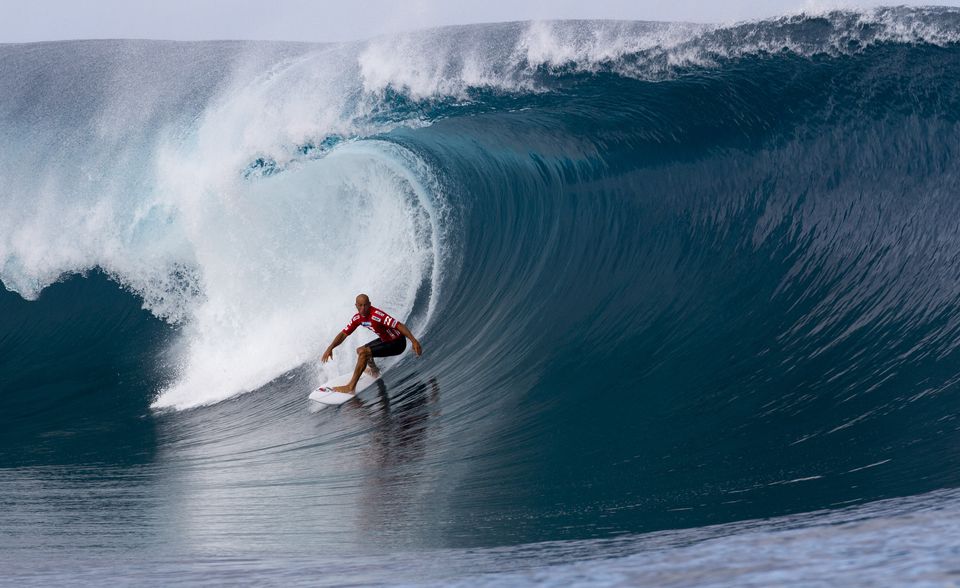