Despite being in superb form at the famed Supertubes break in Portugal, Kelly Slater couldn't muster one final winning result, as Brazilian surfer Adriano de Souza defeated Slater in the Finals to win the Rip Curl Pro Portugal. With his closest competitor in the World Title chase, Owen Wright, being eliminated in the third round by rookie John John Florence, everything has lined up for Kelly Slater to win his 11th ASP World Title at the heavy Ocean Beach breaks off the coast of San Francisco.

The opening waves of the Rip Curl Pro Portugal Finals proved to be the difference. Slater, who had priority, opted to let de Souza have the first wave while he waited for what he thought would be a better second wave. De Souza's wave netted him a nine out of a possible 10 points, while Slater's wave was a dud. That exchange was the difference in the contest.

"It's been an amazing event," said Slater. "I can't remember a time when we've had so many 9s and high 8s and we've all just got barreled off our heads for three days straight. It's been pretty amazing. Unfortunately, there was really only that one good one in the Final and I made a priority mistake and let Adriano (de Souza) have it. It's obviously a good result for me and it makes things harder on everyone else. Let's hope for good conditions in San Francisco."

The ASP World Tour now heads to San Francisco, where the world's greatest surfers will be tackling arguably the world's most challenging waves. Barring an early exit from the event coupled with very high results by Wright, de Souza, Joel Parkinson and Taj Burrow, Slater will very likely be celebrating his 11th World Title at Ocean Beach, home of the Rip Curl Pro Search San Francisco.

Here is what will need to happen for Slater to be celebrating a World Title in San Francisco. If Slater finishes 9th or better at the Rip Curl Pro Search San Francisco, he clinches his 11th ASP World Title. If Slater faces a very early exit, say a second or third round defeat, Wright and de Souza would have to reach the Finals in order for the World Title race to head to the North Shore of Hawaii, home of the Billabong Pipe Masters. Parkinson and Burrow are still technically in the World Title race, although their path to a World Title involves having to win both remaining contests and having Slater eliminated in the opening rounds of both events. Wright and de Souza could technically still be in the hunt if they just make the Finals and Slater is eliminated in the opening rounds, although both surfers would then need Slater to lose in the opening rounds at Pipeline and then win that contest outright.

None of those situations are likely to occur. Everything is lined up for Kelly Slater to be celebrating his 11th ASP World Title in San Francisco. I recently interviewed Dylan Slater, Marketing Director of Rip Curl, and will be providing a full preview of the Rip Curl Pro Search San Francisco shortly, including a breakdown of what the beach scene will look like and how the contest will fare in light of the recent decision by the National Park Service to ban PWCs from the event. I will also be providing a running diary recapping the day's events while the ASP World Tour visits San Francisco. The contest window for the Rip Curl Pro Search San Francisco opens on November 1st and closes November 12th. 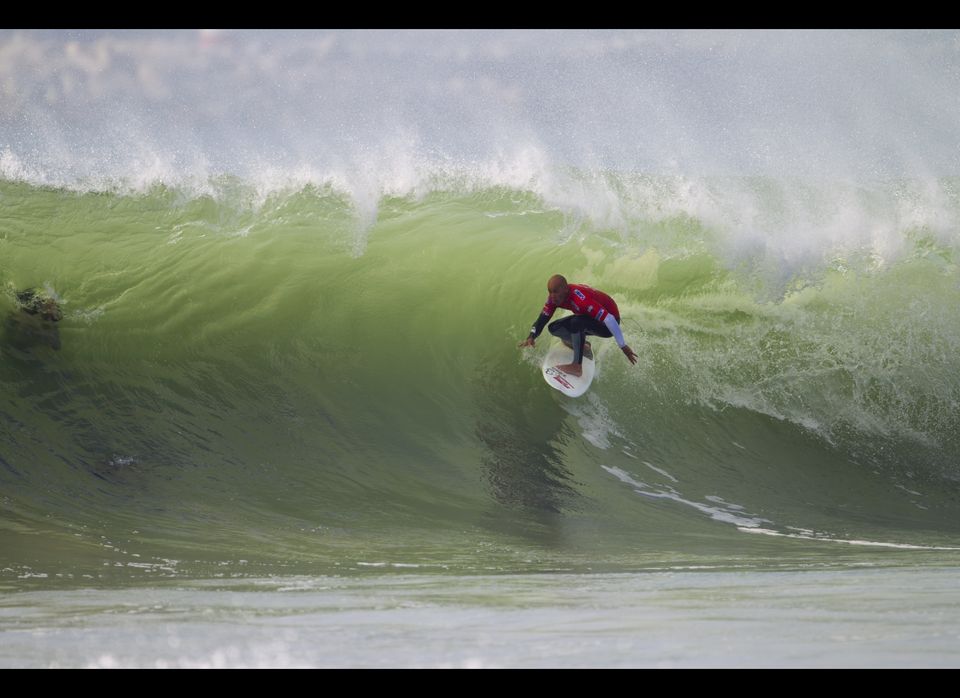 1 / 9
Kelly Slater gets ready to tuck into a Supertubes barrel. ©ASP/Kirstin