Kelsey Grammer is one of those real estate Monopoly players. He stockpiles a couple of houses and then reshuffles the cards and unloads a few to buy more. His latest attempt is to sell a Holmby Hills mansion, new to the market at $18 million, after just purchasing a Beverly Hills mansion for $6.5 million a few weeks ago. Do not pass go; do not go to jail.

With the ink barely dry on his divorce papers from Real Housewife Camille and already sporting a new wedding band put there by Katye Walsh, Grammer is one busy man. He and the new missus and baby-makes-three had been living in New York. But real estate gossips say he wanted a place closer to his two older kids who still live with their mom in a 6,645-square-foot mansion on 4.5 acres in Malibu's Serra Retreat gated community (think Malibu Colony but without the beach and with bigger lots.) It kind of defies logic to buy in Bel-Air when you already owned in Beverly Hills, although it is believed the house he just listed for sale was something he picked up to flip. Plus given the lower price tag of the new purchase, we may have proof once again that divorce does not pay well when you are the principal breadwinner.

So what's the English Country style estate he is selling like, besides being possibly overpriced? In 2007, Grammer’s Fossil II Trust bought the house for $13.7 million from philanthropist Michael Armand Hammer, according to public records. It was built in 1980 for composer Henry Mancini and sits behind gates on a 0.82-acre parcel. Grammer rehabbed the place and put it back on the market a year after he bought it at $19.9 million, apparently to no avail. It has seven bedrooms, nine bathrooms and seven fireplaces -- including the one in the gym.

The home sits behind high hedges, and there is a large motor court with covered parking for four cars. A vine-wrapped covered terrace overlooks the swimming pool.

Grammer starred in "Cheers" and carried that role into his own spin-off series, "Frasier."

CORRECTION: A previous version of this story incorrectly stated that Michael Armand Hammer was a baking soda heir. We regret the error. 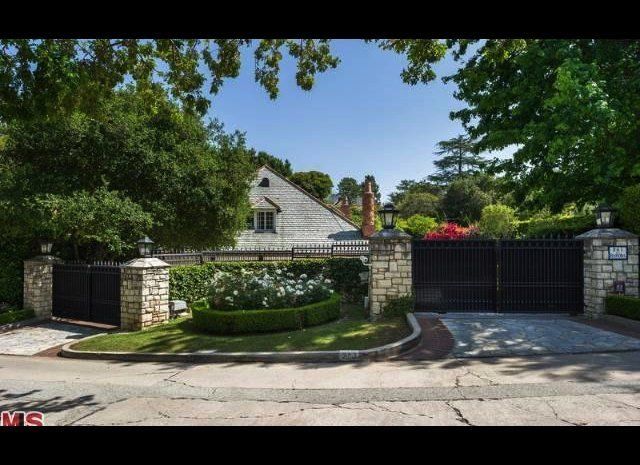