Katy Perry proved her unwavering fealty to Hillary Clinton on Friday night, with a costume of such startling accuracy we’re inclined to crown her the queen of Halloween right here and now ― and we haven’t even seen what Heidi Klum has up her sleeve.

With the help of a team of make up artists, prosthetics, a red jumpsuit, the perfect wig and a signature Clinton can-do attitude, the pop star transformed herself into the Democratic presidential candidate, whom she’s been supporting on the campaign trail for the past year.

Thankfully, Perry, who got all dressed up to attend Kate Hudson’s Halloween party, documented the transformation on Instagram for your viewing pleasure and, of course, as a gift to the makers of future memes.

“I don’t play games on Halloween,” she warned followers in a series of videos.

Perry rolled deep to Hudson’s bash, with one friend dressed as her husband for the night, former President Bill Clinton. Perry’s boyfriend, Orlando Bloom, donned an outrageous Donald Trump costume complete with orange hair and ― yes ― very tiny hands. The rest of their crew dressed up as members of the secret service.

But in our humble opinion, the most noteworthy moment of the evening came when Perry ran into Kendall Jenner, who was channeling some sort of goth model princess. In a Snapchat captured by celebrity hairstylist Jen Atkin, Jenner twerks on Perry in full Clinton regalia.

“If you got the Kardashians, you’ve got the vote,” Perry with a spot-on Clinton impression tells the camera, as Jenner back up into her. 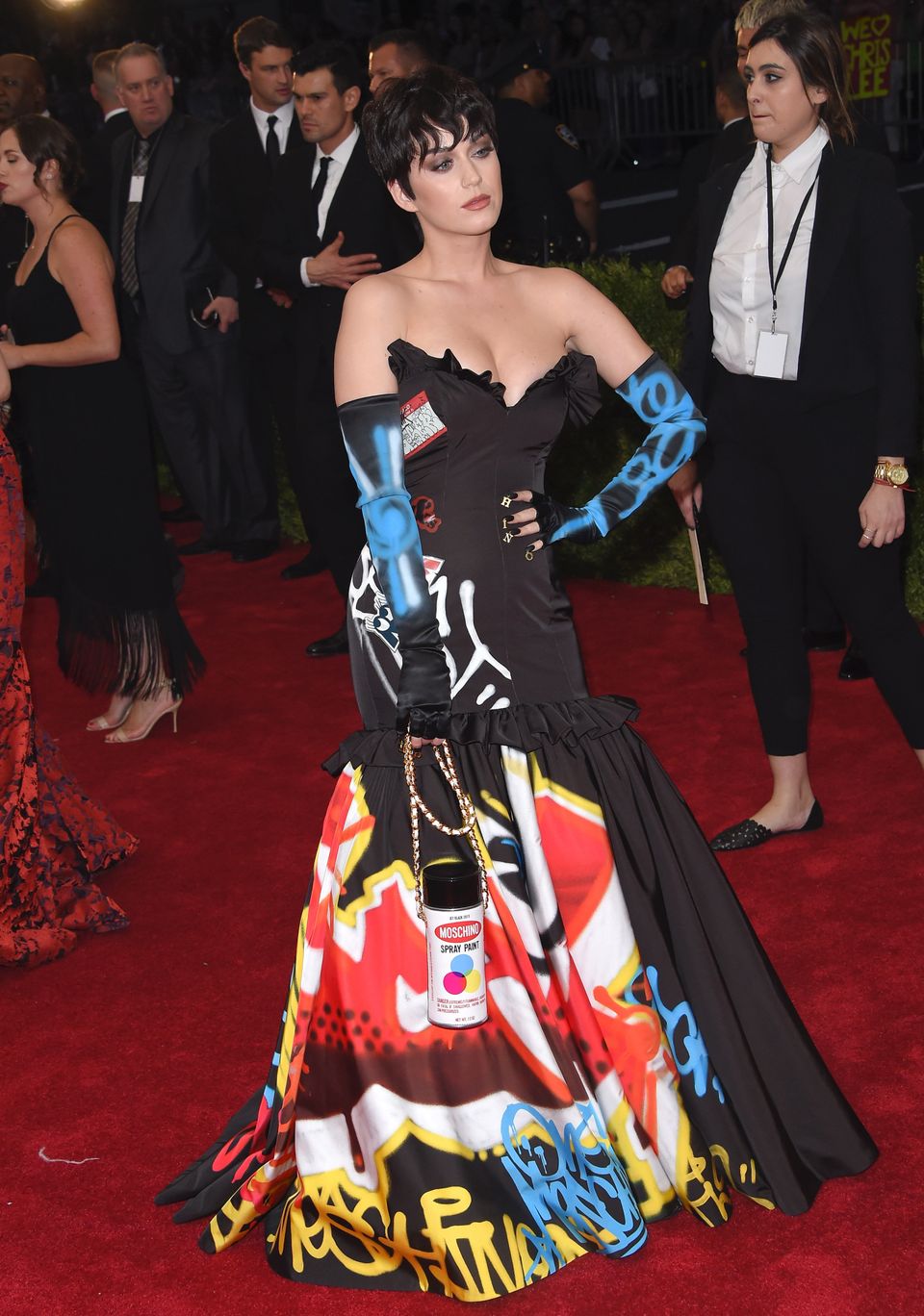 1 / 15
Graffiti
You don't have to go as extravagant as Katy did with a ball gown, but all you need to do to be a walking piece of graffiti is cover your clothes in spray paint. Voila!
Axelle/Bauer-Griffin via Getty Images