But officials soon discovered that Schler didn't run the race and consequently disqualified her on Wednesday, KSDK's News Channel 5 reports. Andrea Karl, a doctoral candidate at Washington University in St. Louis and the true victor, finished the race in 2:54:28.

Schler's finish aroused suspicion almost immediately. She was wearing her bib incorrectly and said she had removed the timing strip, which would have prohibited a record of her split times along the route, the station said. She was not accompanied by an official bicycle escort at the finish.

Officials asked Schler to provide photographic evidence that she had been on the course, and she couldn't produce any.

Organizers figured out she pulled the same ruse for her third-place finish during last year's St. Louis marathon, too, the St.Louis Post-Dispatch noted. Schler was disqualified from that race as well on Wednesday, and her invitation to Monday's Boston Marathon has since been rescinded.

“It’s a difficult situation for everybody, including the people who run a fair race and don’t get the recognition they should receive,” Go! St. Louis president Nancy Lieberman told the paper.

Officials believe Schler slipped onto the course after the last checkpoint.

Perhaps the most infamous of marathon cheaters is Rosie Ruiz, who crossed the finish line first at the 1980 Boston Marathon. And now Ruiz has company.

The lesson here: If you want to win a marathon, run the damn 26.2 miles. 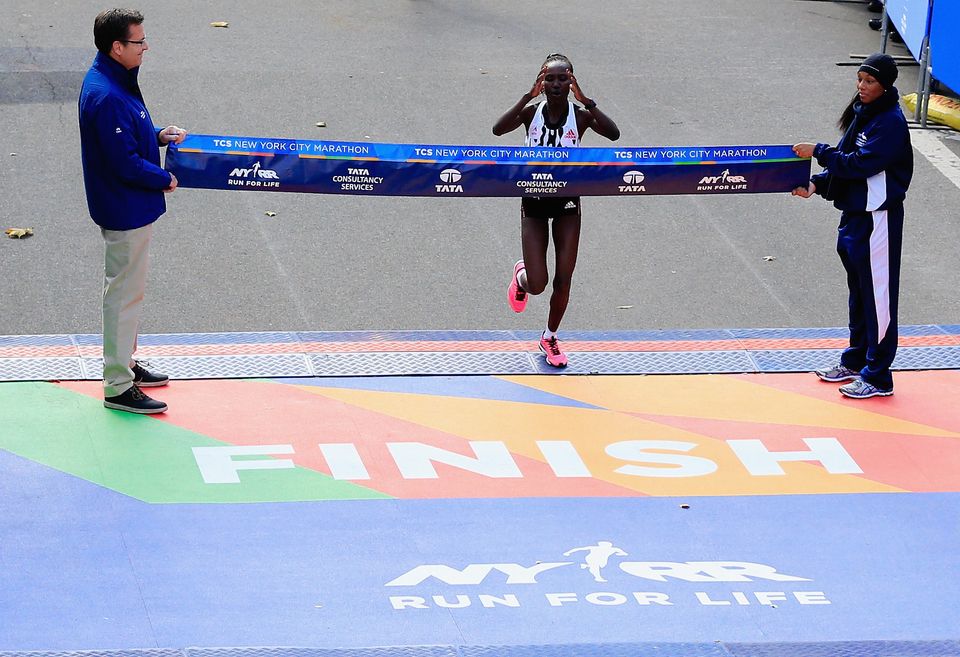