For tabloid readers who don't follow football, the Super Bowl was a match up between reality television personalities Kim Kardashian and Kendra Wilkinson, the girlfriend of Saints star Reggie Bush and the wife of Colts player Hank Baskett.

As Kim celebrates the Saints' win, it was no doubt a somber night in the Baskett household. The game turned in New Orleans favor at the start of the second half when a risky onside kick bounced off Hank Baskett's hands and helmet, rather than being caught, and was recovered by the Saints. Below is the Getty photograph, including a zoom of his pained face, taken a second after the ball bounced off Baskett and into the hands of the Saints, changing the momentum of the game.

According to the AP, Kendra was so upset she retreated to the back of her luxury suite and Baskett did not take questions after the game. Scroll below the photos for video. 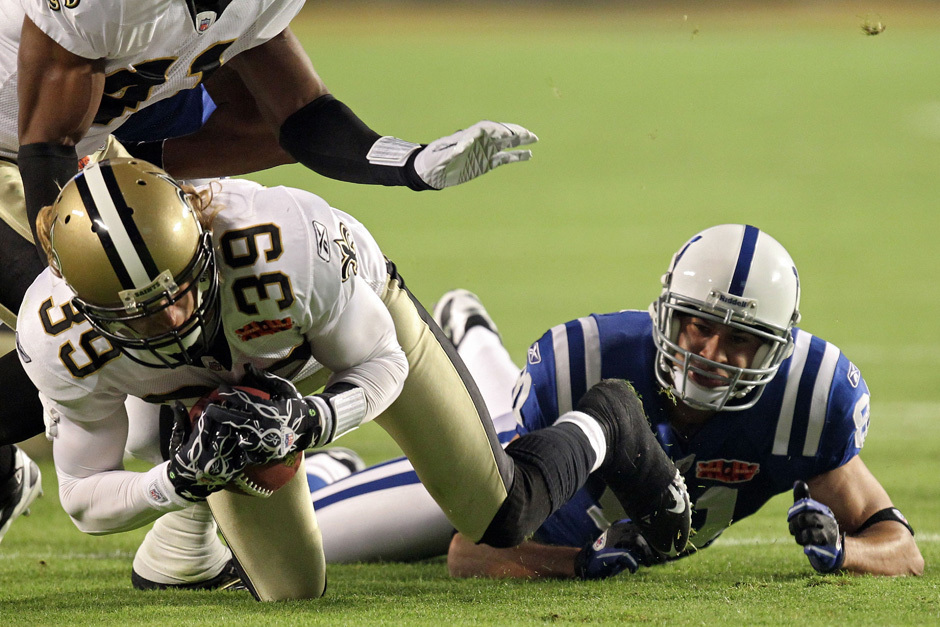 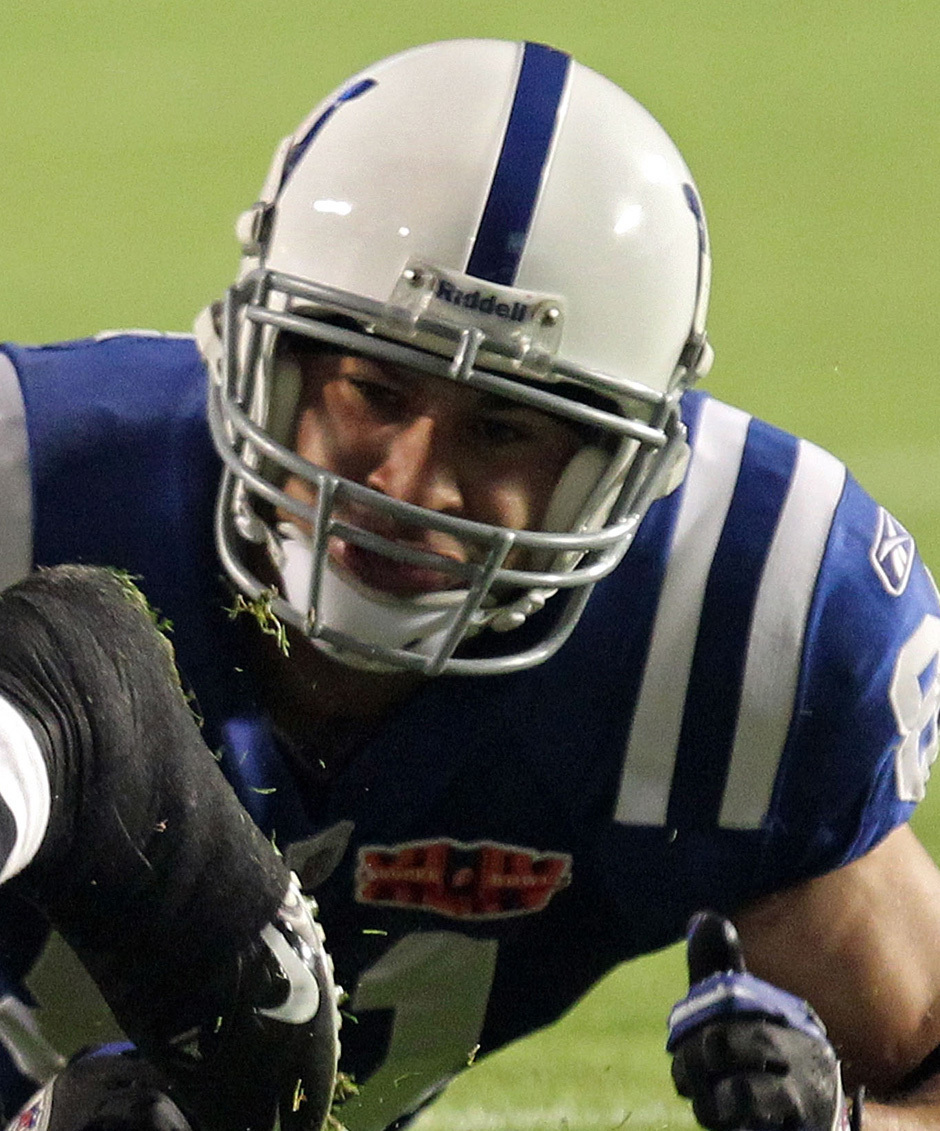