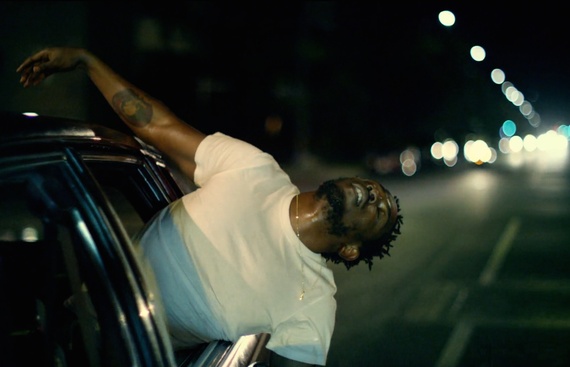 "Racists will always call you a racist when you identify their racism. To love yourself now - is a form of racism..." -- John Henrik Clarke

"There are people who dislike you because you do not dislike yourself." -- Chimamanda Ngozi Adichie

A little more than a year ago, Kendrick Lamar Duckworth drew the ire of a significant portion of his loyal supporters due to comments he made to Gavin Edwards in an interview published by Billboard magazine. In the interview, when asked about whether he had received unfair treatment from police officers, Kendrick responded by saying, "[P]lenty of times. All the time." When pressed further about several high-profile killings of black men by police in 2014, Kendrick answered:

I wish somebody would look to our neighborhood knowing that it's already a situation, mentally, where it's f------ up. What happened to [Michael Brown] should've never happened. Never. But when we don't have respect for ourselves, how do we expect them to respect us? It starts from within. Don't start with a rally, don't start from looting -- it starts from within.

For many, this quote sounded like nothing short of a feeble foray into the politics of respectability, and a notable mischaracterization of the ethos of the Black Lives Matter movement.

The politics of respectability, the beleaguered notion coined and examined by Dr. Evelyn Brooks Higginbotham in her book Righteous Discontent, is the idea that marginalized people must successfully demonstrate their collective social values comport with those of mainstream norms and mores to receive a modicum of equality. As Leah Donnella, writing for NPR framed it; proponents of the idea routinely communicate the idea through language like: "Pull your pants up; Calm down; Get good grades ... Fix your hair; Go to church; Have a "normal" name; Speak properly; Be polite; Put your hands up; Stop loitering; Have a good job; Apologize; Don't shout; Try harder ..."

To his critics, Kendrick saying, "But when we don't have respect for ourselves, how do we expect them to respect us? It starts from within ... " sounded strikingly similar to the refrain circulated for decades--black people must prove themselves respectable to receive respect rather than receiving the level of respect and decency all humans deserve. It echoed the sentiments, "Pull your pants up ... fix your hair ... speak properly." His remarks, "Don't start with a rally, don't start from looting--it starts from within ... " seemed to parrot conservative critiques that black people are not concerned with "black on black" crime, but rather a feigned racial theater playing to the sympathies of liberal elites. The outrage poured in quickly.

In the face of significant backlash from the Billboard interview, Kendrick allowed his art to speak for him, beginning with his breathtaking album To Pimp a Butterfly--the RIAA certified platinum, winner of the GRAMMY Award for Best rap album, heralded as the "musical equivalent to The Great American Novel,"--continuing with his brilliant, emotive, and provocative (though borrowed) GRAMMY performance, and culminating with the recent release of his surprise, though highly anticipated album, untitled unmastered. In many ways, i, the ebullient lead single from To Pimp a Butterfly, (released nearly four months before his controversial Billboard interview), served as a harbinger for things to come, and context for his remarks with Edwards.

With a melody and groove interpolated from The Isley Brothers' infectious 1964 hit Who's That Lady, Kendrick transformed a series of conversations with producer Rahki into a thunderous affirmation of self-love. The single's artwork featured a Blood and a Crip forming a heart. In an interview with AMP Radio, Kendrick explained:

Where I'm from, there's a lot of gang culture and things like that, so instead of throwing on up gang signs, which we used to, I put a Blood and I put a Crip together and we're throwing up hearts ... sparking the idea of some type of change through music or through me because I go back to the city now and people give me the honor and respect that, you know, this kid can change a little bit [of] something different that's been going on in the community ...

When premiering i with Los Angeles' Power 106, he discussed how the the song is about "self expression, inspired by the lack of self love on the streets of Compton."

Indeed, i is ripe with symbolism, drenching in metaphor, all of which seems to communicate a reoccurring theme in Kendrick's catalog. Kendrick desires to cast himself as a central figure in the narrative of the m.A.A.d. city from which he hails, and holds fast to the notion he can use his platform to inspire the good kid[s] he left behind. The official video for i conveys this notion. 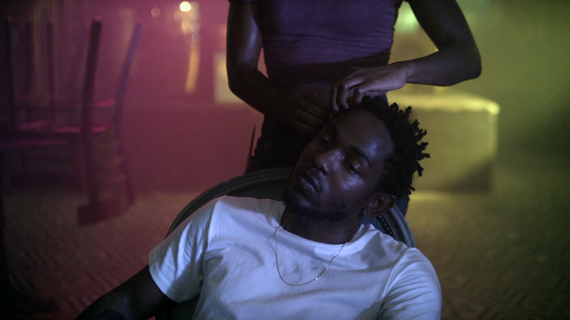 The video begins with Kendrick seated in the center of a diminutive, dimly-lit club with a woman braiding his hair, while a throng of eager party-goers shimmy to a rhapsodic ditty on the cramped dance floor. Suddenly, a scuffle ensues between two men. Kendrick pulls the plug on the speakers, and the music stops abruptly. An elder appears, and states, "Stop! Stop! We talkin' about peace ... A piece of yours, a piece of mine ... a peace of mind ... one nation under a groove ..." The audience then hears a familiar, infectious groove, and anxiously peer around the room awaiting what will happen next. Kendrick then begins a quirky dance, flapping his right elbow and two-stepping counterclockwise into a semi-circle, which the party-goers in the club emulate one by one. Kendrick ultimately dances to the front door of the club, then exits. When he does, he steps into a world in which he has become well acquainted--malt liquor oozing from 40oz bottles hidden beneath brown paper bags, dilapidated houses and abandoned cars littering cracked pavement, bonfires in steel drum cans warming the indigent, ever present squalor sprawling across the cityscape, et cetera. In other words, he stepped from the four walls of that diminutive, dimly-lit club back into the m.A.A.d. city from whence he came. Yet he promised this:

i thus represents a triumphant expression of self-love amid a barrage of stimuli encouraging the contrary. The video affirms Kendrick's quest to leverage his influence as a musician to inspire people positioned similarly to how he once was. In essence, Kendrick desires to "change a little bit [of] something different that's been going on in the community ... " When tempers flared in that sweltering, diminutive, dimly-lit club, Kendrick arose from his place of distinction to stop the conflagration from smoldering further. He extinguishes the blaze by stopping the music, and wielding his clout with the party-goers to channel their frustrations differently. Rather than watch them fight, he made them dance.

Kendrick's dance served its purpose of allowing the party-goers to escape the frustrations of the day, and the potential destructive forces they may breed, yet the imagery that follows the scene in the club serves as a symbol of the conflict with which Kendrick often wrestles. His music, while it tangibly inspires those it reaches, at times has limited impact of the world outside, the "real" world. Notwithstanding, he still desires to "[spark] the idea of some type of change through music." He cements this notion with the album version of i. 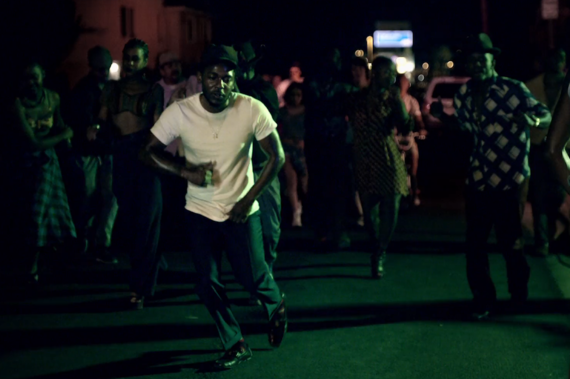 The album version of i repurposes the rambunctious single as a simulated live performance in Kendrick's native Compton. His performance is interrupted by a tussle in the audience. Again Kendrick stops the music, but this time, it is Kendrick who makes the call for peace. He yells back to the audience, "Not on my ... not while I'm up here ... Not on my time ... Kill the music ... Not on my time ... Save that s--- for the streets ... This s--- for the kids bro ... 2015 n----- is tied of playin' victim dog ... N----- ain't tryin' to play ... Tutu how many n----- we done lost ... " At that juncture, Kendrick demands his audience, critic and supporter alike, perceive how senseless violence in his community is a lived experience for scores of young people. He refuses to allow it to proceed "on [his] time," his love for himself, and his love for his community will not allow it. Consequently, he endeavors to use his music to speak to and against it.

In endeavoring to use art to spark social change, Kendrick is not alone; i continues an enduring tradition. Since its introduction, the music of Africans in America has functioned as a form of resistance to cultural subjugation and systematic injustice. From the publication of the Northstar, which signaled the clarion call for freedom, to the fist of the Black Panther Party of Self Defense that became the emblem of their refusal to accept the marginalization perpetuated by American society, the black radical tradition has persisted through each of generation. By declaring his love for himself, Kendrick participates in this larger cultural practice. Saying, "I love myself," is a radical proposition, particularly for one who is "black as the moon," one whose "hair is nappy ... [whose] nose is round and wide ... " i not only affirms Kendrick, but it also boldly affirms the value of the lives often overlooked. That is what Kendrick's critics failed to understand with his comments in his interview with Billboard magazine. As the good kid from the m.A.A.d. city, he understands the perils facing those under similar circumstances. He desires to change what he can, by ensuring he and his contemporaries do not contribute to their own destruction. Kendrick loves himself, and wants his listeners to do the same. 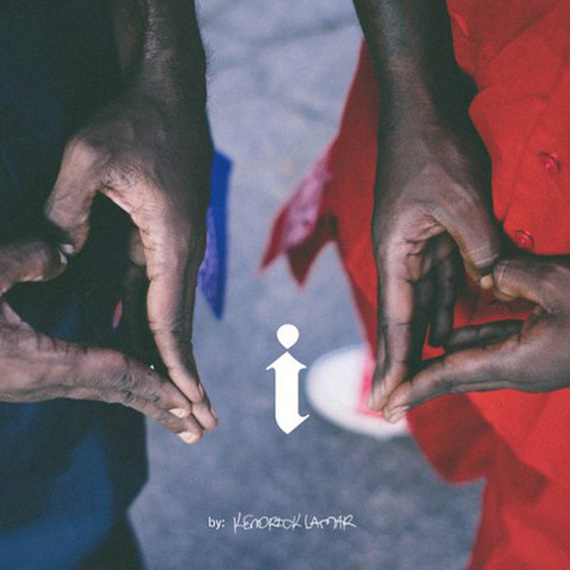 Black Voices I Kendrick Lamar Respectability Politics I Love Myself