Tuesday marks the 48th anniversary of one of the most tragic events to take place on American soil -- the assassination of President John F. Kennedy.

On November 22, 1963, Kennedy was gunned down while riding his presidential motorcade through downtown Dallas. He suffered a head wound at the hands of a shooter suspected to be Lee Harvey Oswald. But before any conclusion was reached, Oswald was shot and killed while he was being transferred from a city jail to a county jail.

Nearly five decades later, Americans are still learning about a president whose time was viciously cut short. Back in September, a new book was released detailing how Kennedy objected to the idea of Vice President Lyndon B. Johnson taking over once his presidency was complete. The interviews were compiled in "Jacqueline Kennedy: Historic Conversations on Life with John F. Kennedy" -- a book that features conversations on topics ranging from JFK's reading habits to the Cuban Missile Crisis.

In a separate new book, MSNBC talk show host Chris Matthews examines the history behind JFK's powerful rhetoric. His piece -- "Jack Kennedy: Elusive Hero" -- dissects the origins of the moving 1961 inaugural address that inspired Americans to "Ask not what your country can do for you. Ask what you can do what your country." Among the surprises -- JFK's exposure to that language came in a private school setting that offered a stark contrast to the lives of 1960s working-class Americans.

President Barack Obama's penchant for strong oratory performances have led to some JFK comparisons. On Sunday, New York Magazine's Frank Rich wrote perhaps the strongest one yet, detailing the hate that ended JFK's run. He argued that the early sixties contained circumstances eerily similar to those currently faced by the Obama administration.

"What defines the Kennedy legacy today is less the fallen president's short, often admirable life than the particular strain of virulent hatred that helped bring him down. After JFK was killed, that hate went into only temporary hiding. It has been a growth industry ever since and has been flourishing in the Obama years. There are plenty of comparisons to be made between the two men, but the most telling is the vitriol that engulfed both their presidencies." 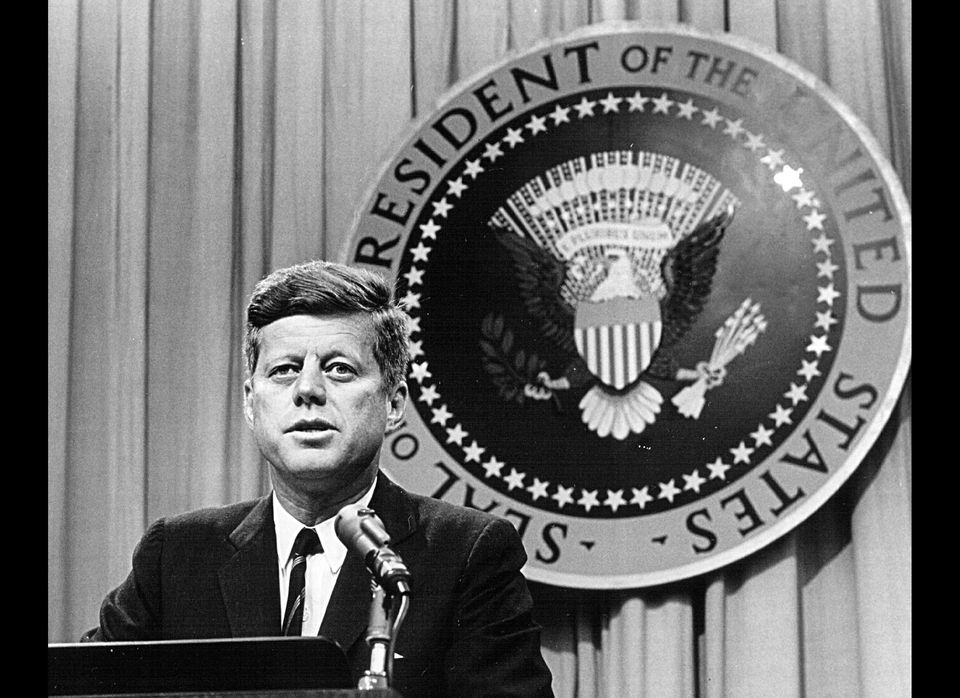