President John F. Kennedy was worried that he might be impeached, questioned the wisdom of America's nuclear arsenal, and he and General MacArthur felt that Mitt Romney's father had no chance of being President. These are just some of the areas of focus for a new book featuring secret recordings made during President Kennedy's time in office.

Some are from recordings made by journalists, at public and private encounters. The majority, however, come from the hidden recording systems Kennedy had installed in the Oval Office and the Cabinet Room to preserve an accurate recording of his presidency. The entire archive has now been declassified, and this book, the first to document the recordings in this way, reveals some interesting new snippets about his life. Though they don't reveal anything scandalous, they provide a new, intimate look at some key moments in 20th-century history.

During the time that he was standing for president, JFK was recorded by a journalist at a dinner party in 1960, where he revealed that when he first ran for Congress in 1946, he didn't ever think that he'd be President:

"Never. Never. Never. I thought maybe I'd be governor of Massachusetts someday... Everybody reaches a natural level. It's possible my natural level is in the Senate. I mean, we'll know in the next sixth months."

His presidency was an extremely stressful period in American history. On October 23, 1962, at the heart of the Cuban Missile Crisis, and the day after he announced the existence of Russian missiles in Cuba, he said to his brother Robert F. Kennedy that he feared impeachment at the hands of the Republicans if he didn't respond appropriately to the Soviet threat.

"There is no choice... I would have been impeached. I think they would have moved to impeach. I wouldn't be surprised if they didn't move to impeach right after this election, on the grounds that I said, and didn't do it..."

His brother sought to reassure him, saying "If it's going to come at you, it was going to come as something you couldn't have avoided." During the crisis, JFK called Presidents Eisenhower, Truman and Hoover to apprise them of the situation; the transcripts of these calls are in the book, with the audio on the accompanying CDs.

It wasn't the only high-pressure situation that JFK faced both in public and private. On May 4th, 1963, in a meeting with a prominent liberal group during the racial tensions in Birmingham, AL, he said

"We have not done enough because the situation is so desperate... if I were a Negro, I would be awfully sore."

And when talking about the proposed moon project with the chief and deputy administrators of NASA in November 1962, JFK made it clear that the moon had to be their top priority, despite their desires to conduct other research in space.

"This is important for political reasons, international political reasons, and for, this is, whether we like it or not, a race. If we get second to the moon, it's nice, but it's like being second anytime... the policy ought to be that this is the top priority program of the agency and one of the two, except for defense, the top priority of the United States government...

We're talking about fantastic expenditures which wreck our budget... the only justification for it, in my opinion... is because we hope to beat them and demonstrate that starting behind as we did, by a couple of years, by God, we passed them."

Separately, in discussion with General Douglas MacArthur, the general said "[The Republicans have] no more chance of taking the House than I have of flying over this house," MacArthur went on to talk about George Romney, Mitt Romney's father.

JFK asked him, "Do you know this fellow Romney?", and MacArthur replied "He's a very presentable man, personally, he would fit the bill. But he... to begin with, Mr President, he's practically unknown... even if he got the nomination, he couldn't win it." JFK is heard laughing and agreeing with MacArthur's assessment.

Correction: An earlier version of this article misused the word "appraise" instead of the word "apprise." That has since been corrected, and the author has been apprised of its proper usage. 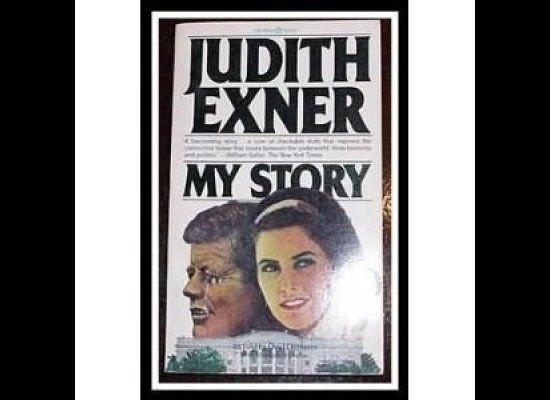