Director Kenneth Branagh set the record straight on the controversy surrounding the size of Lily James' waist in his new adaptation of "Cinderella."

"The simple truth is we didn't alter anything," Branagh told HuffPost Live host Caroline Modarressy-Tehrani in an interview Friday.

James' figure caused controversy on social media, where users wondered whether her body had been digitally manipulated to create a smaller waist. James defended the images, telling ABC's "Nightline" that the small waistline was the result of a corset on her naturally thin frame.

Branagh told HuffPost Live that part of the reason James' waist seems so small is the lighting of promotional photos, which creates a shadow that makes her appear slimmer. The rest, he said, is "natural body physics." Branagh explained:

It's not a mystery: If you pop someone in a corset, you'll see also that there's a wide -- not that Lily James isn't slim -- but in that wide bow of the dress underneath, basically you squeeze things in, things come out at the bottom, you know? And it all gets hidden under there. The natural body physics of it aren't insane. She was slim, but she was healthy. There's no suggestion that we're trumpeting this as the only shape to have. If you look at our ball, it's full of diversity. It's full of every kind of shape.

The director said he "happily stand[s] by it, 100 percent," but he accepts that some audience members will see things differently.

"It's fair enough, though, for people to say whatever they like about it. We're asking them to go and see it, so they have a perfect right to express an opinion," he said.

Branagh also discussed how he went about adapting the classic fairy tale for an increasingly feminist contemporary audience. See that conversation in the video below, and catch the full HuffPost Live interview here. 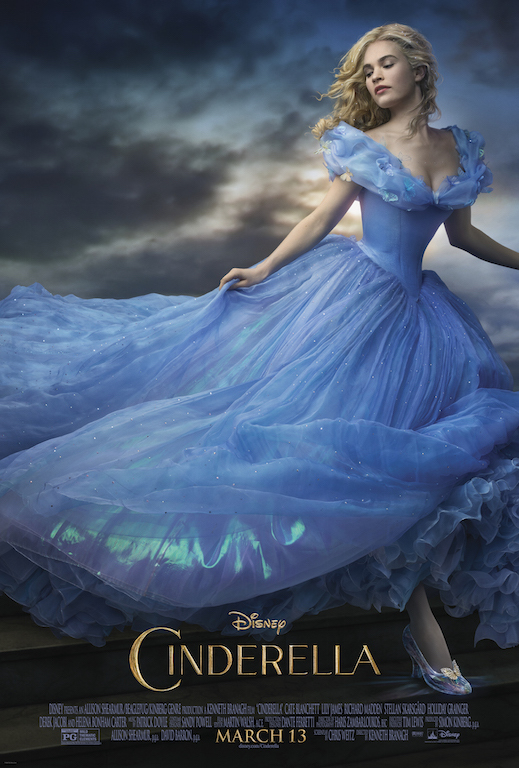