Are you tired of watching endless debates on TV and seeing the roundabouts of political campaigning stretch on tediously for months and months? Kenneth Cole is launching a new billboard tomorrow that aims to expose the pitfalls of political primary season.

The new campaign, revealed exclusively to The Huffington Post, is titled "Electile Dysfunction" and will premiere tomorrow in New York and online.

The fashion house also encourages billboard viewers to head to their Facebook page, where they can suggest a "campaign slogan" that speaks to the message. At the end of the two week campaign, Kenneth Cole will personally select the winning slogan to appear as his next billboard.

Fans interested in weighing in on the primaries but not necessarily submitting a campaign idea have the option of visiting Wheredoyoustand.com, an interactive digital platform launched by the brand this past September.

Kenneth told us about the new campaign:

"We've often said what you stand for is more important than what you stand in but this primary process is leading us to believe otherwise. Reality TV has never been this good. As we ask ourselves on wheredoyoustand.com, 'With the whole world watching, are we really proud of our electoral process?'"

Kenneth has an extensive history of social activism; last year his charitable organization gave a sizeable donation to a college entreneurial mentoring program, and his clothing line has a long-term commitment to supporting AIDS research.


The billboard will be posted tomorrow at West Side Highway and 123rd street in New York. Check out a preview of it below, as well as a sneak peek of the new Facebook campaign. 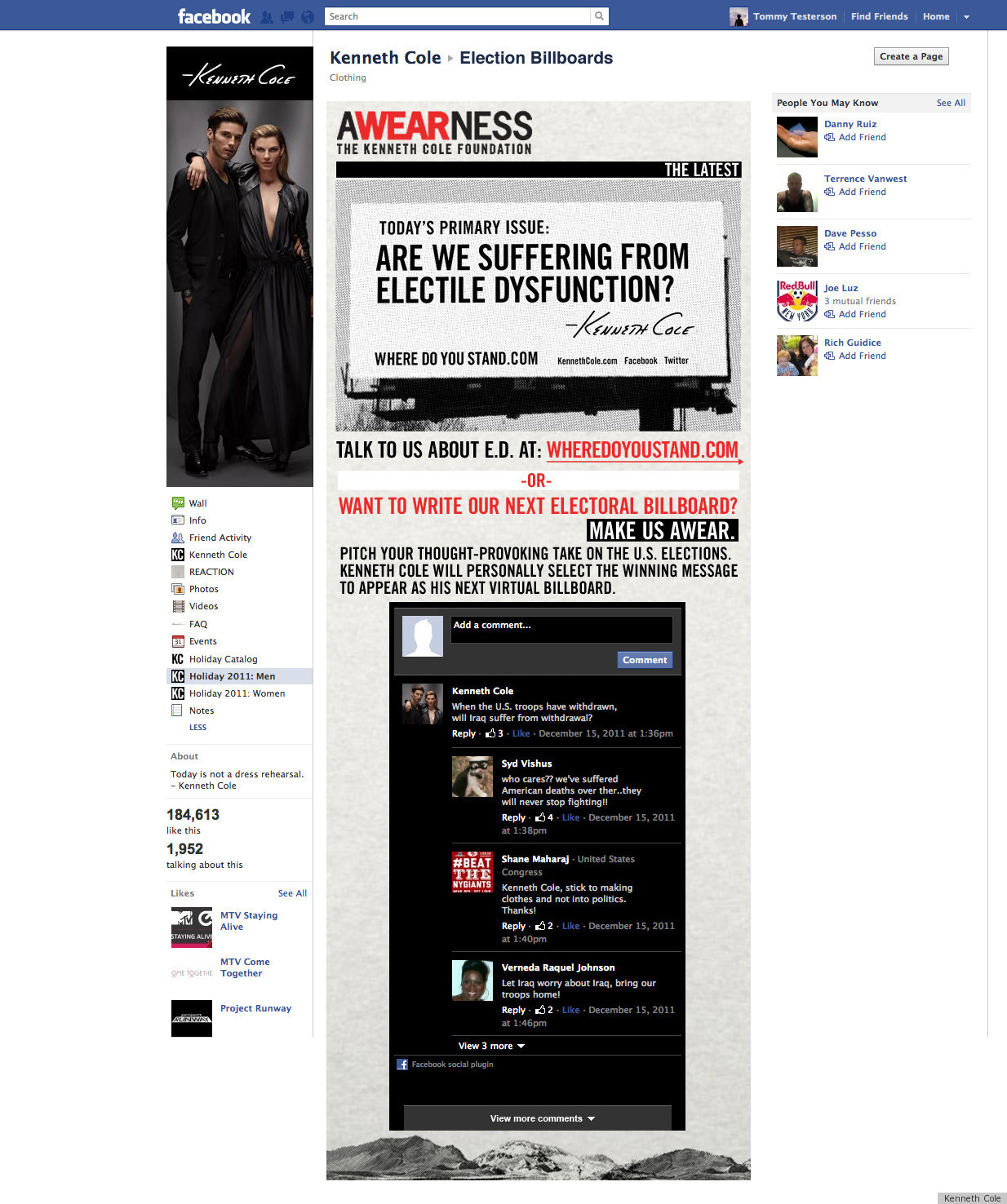