UPDATE:
Kenneth Cole has taken to Facebook to express his remorse:

I apologize to everyone who was offended by my insensitive tweet about the situation in Egypt. I've dedicated my life to raising awareness about serious social issues, and in hindsight my attempt at humor regarding a nation liberating themselves against oppression was poorly timed and absolutely inappropriate.

He added that he has removed this morning's tweet, which you can see screen shots of below.

Previously:
Millions are in uproar since Kenneth Cole invoked the Egypt uprising and Cairo hashtag to promote his spring line on Twitter this morning.

The tweet read "Millions are in uproar in #Cairo. Rumor is they heard our new spring collection is now available online at http://bit.ly/KCairo."

The tweet was signed "-KC" implying that the gaffe had the designer's approval before going public. 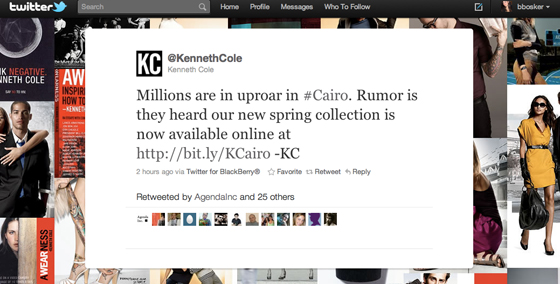 Soon after he issued an apology, but at press time the original tweet had not been deleted. 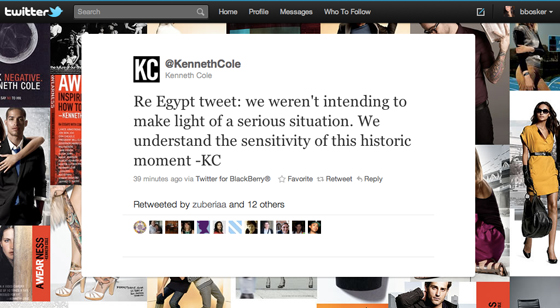 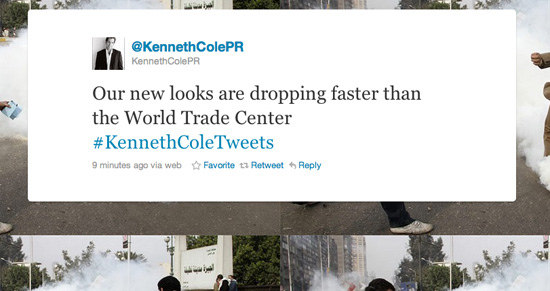