But when he took to the air to practice a risky maneuver called "swooping," the 34-year-old veteran parachutist fell, collided with a bystander and died on Sunday.

Members of the Midwest Freefall Sport Parachute Club were jumping from a plane onto a grass airstrip on Kunstman Road near Romeo Plank Road in Ray Township, Mich., the Macomb Daily reported.

The New York Daily News said that other members of the plane were ascending to 14,000 feet to practice their jumps. But Bernek, who the paper said had logged 1,800 dives since he began skydiving 15 years ago, bailed out at 5,000 feet.

He wanted to practice canopy piloting, or swooping. That's when skydivers fly close to the ground at high speeds, ABC News reported. It's a test of skill, reflexes and accuracy -- and it's quite dangerous. Using a parachute that's smaller and lighter than that of regular skydivers, a swooper can achieve speeds of 90 miles per hour near the ground.

The Macomb Daily said that Bernek, who lives in Waterford Township., fell out of control around 6:20 p.m. The paper said he hit a tree before colliding with a pedestrian standing near the landing zone.

"It was not immediately clear why the female victim was in the landing zone," the paper reported.

"The dive that he executed was a little too low and as a result he impacted the ground prematurely," parachute club Manager Randy Allison told the New York Daily News.

EMS crews raced to the scene and performed CPR on Bernek after the accident, the Macomb Daily said. He later died at the hospital. The 53-year-old pedestrian was hospitalized with minor injuries as a precaution, WXYZ reported.

“They run a pretty good club over there," he said. "But anytime you’re jumping out of an airplane at 13,000 feet, you’re taking a risk." 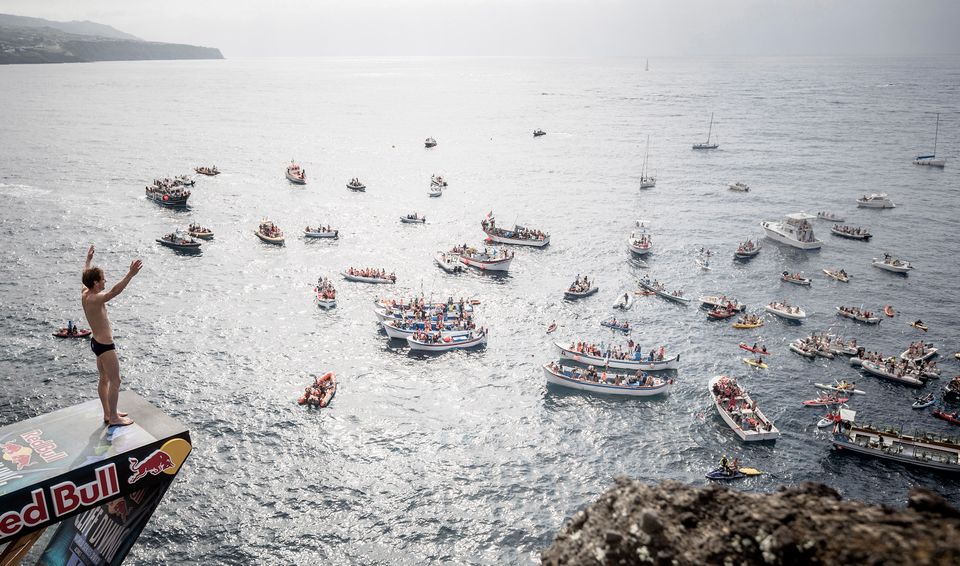 1 / 8
In this handout image provided by Red Bull, Gary Hunt of the UK acknowledges the spectators before diving from the 27 meter platform during the second competition day of the third stop of the Red Bull Cliff Diving World Series on June 29, 2013 at Islet Vila Franca do Campo, Azores, Portugal. (Photo by Romina Amato/Red Bull via Getty Images)
Getty Images