It's been called the most important ancient human skeleton ever unearthed in North America. But "Kennewick Man"--so named because it was found in 1996 along the banks of the Columbia River in Kennewick, Wash.--is also one of the most mysterious such skeletons.

Scientists have offered lots of opinions about the 9,500-year-old skeleton, but no one could figure out for sure who he was and where he came from. That's about to change, thanks to DNA analysis of the skeleton now under way in Denmark.

Some scientists have argued that Kennewick Man had Caucasian features. To others, he seemed Polynesian. Still others thought he might have been an ancestor of modern-day Native Americans--and they seem to be correct.

"The DNA results, from what I've heard--I haven't seen the full research yet, it's not been published--say that Kennewick Man matches our standard understanding of contemporary Native Americans," Dr. Peter Lape, curator of archeology at the Burke Museum in Seattle, which houses the skeleton, said in an interview with KUOW, an NPR station in Seattle. "There's nothing in Kennewick Man's DNA to show he's anything but related to contemporary Native Americans."

The scientist who is leading the DNA analysis, University of Copenhagen geneticist Dr. Eske Willerslev, told The Seattle Times that he didn't want to discuss the research until it's been published in a peer-reviewed scientific journal. 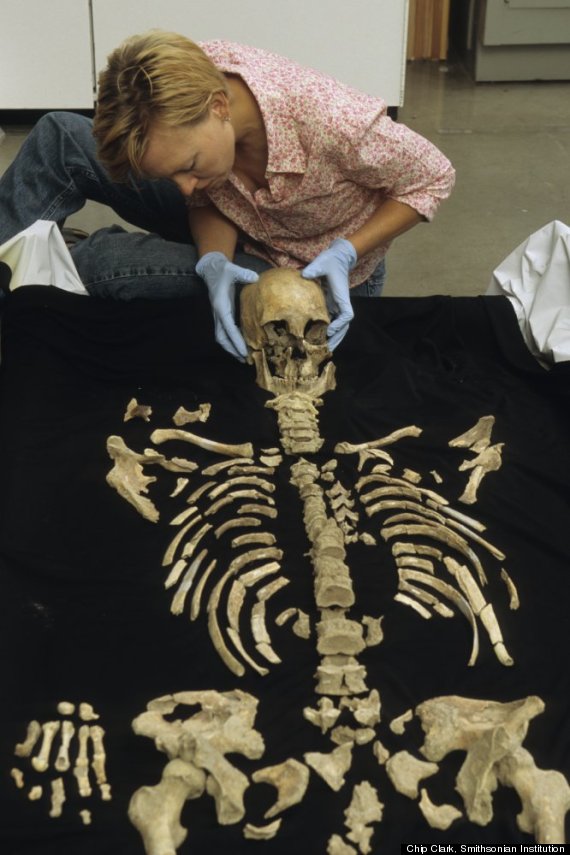 Kari Bruwelheide, a forensic anthropologist at the Smithsonian's National Museum of Natural History, arranges Kennewick Man’s remains. Photo provided by the Smithsonian Institution in support of the book “Kennewick Man: The Scientific Investigation of an Ancient American Skeleton."

But there is a great deal of anticipation about the findings, in part because of a battle over the skeleton that's been raging for over a decade.

"Questions of ethnicity and ancestry really are at the center of it," Lape told KUOW. "It relates to this long history of conflict between archaeologists and physical anthropologists and Native American groups... And I think it also relates to the public role of science in our society and how we communicate scientific results."